Home › Censoring of truth › The Left Wants To Silence Our Voice, And Render Us Deaf And Dumb

The Left Wants To Silence Our Voice, And Render Us Deaf And Dumb 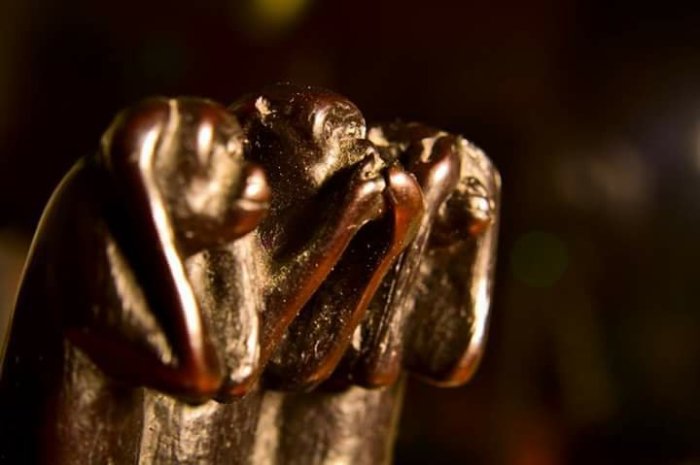 I didn’t fully understand until now why God gave me the name of my blog. I understood that it was imperative to announce my faith in Christ, and to move, on prophecy as it unfolded, to watch and warn. But even a few short years has unveiled just how important this would be. Every day brings new prejudice against Christian conservatives. Every day brings news of persecution and prophecy unfolding. New hatred for Christians. New ways to silence those who speak out. What is the most important prophecy today? Christ’s own words when healing the blind man is prophecy. “As long as it is day we must do the works of Him who sent me. Night is coming when no man can work.” (John 9)

When social media rose it seemed a good tool for those speaking out. Christians and conservatives found a platform and a voice to untwist the bias and prejudices of the MSM. The heads of the left exploded in fear and disgust. The leader of the left (George Soros) announced “social media is a menace.”  Even facebook was scrutinized for investigating Soros and company for their perception that Soros attacked them.  There is not enough time or space to do a commentary about Soros.  Suffice it to say that this man and his many foundations raise concerns and questions.  His push for open borders and a new world order is public knowledge.  In his prologue in his book titled “The age of fallibility” he talks about the new world order, his goals and America.  He states that his ultimate goal is to recapture America from Republicans and religious extremists (his words not mine.)  He also says the main obstacle to a stable and just world order is the United States.  Not surprising since the United States was built on freedom.  He says that changing the attitudes and policies of the United States is his top priority.  Where have we heard that before?  Hillary Clinton.  Not surprising either since he poured millions into her campaign.

Are you beginning to see why things are so chaotic and confusing?  Many of us have been shaking our heads and sounding the trumpets.  Our world is changing and Americans are like frogs being boiled alive.  A metaphor, but true.

The changing demographics has hit very close to home here.  Im sure he’ll post about it, but in short Greg Holt has been denied a name change to his facebook page, he recently, after much careful consideration changed his websites name from the Olive Branch Report to True Conservative Pundit.  Facebook denied the name change because it violated their standards.  This is truth.  (Read more) I wholeheartedly stand with him.

We are being systematically targeted and silenced.  Its time to go boldly into the new year, speak out, stand together and speak the truth.  Franklin Graham also targeted tweeted this recently and I agree wholeheartedly. 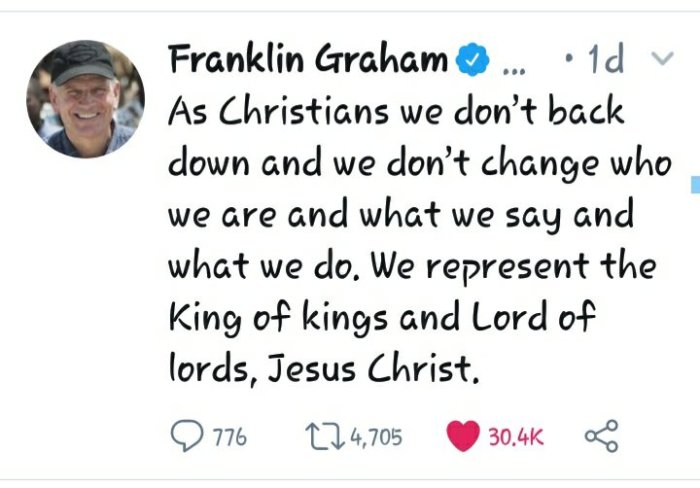 We all as Christians know our Lord is coming back, we all should know the signs by now.  But we are ignoring the most important warning of all.  That is that night is quickly coming when we will be silenced.  Again, many can’t see the forest for the trees.  Stay vigilant, speak now while we still can.  Stand together, support one another and shout it “I am not ashamed of the gospel of Christ.”
A.B. Simpson said this about our spirit of boldness: “One of the special marks of the Holy Ghost in the Apostolic Church was the spirit of boldness.”

“A. B. Simpson, was a Canadian preacher, theologian, author, and founder of the Christian and Missionary Alliance, an evangelical denomination with an emphasis on global evangelism.”(wikipedia)
“What I say to one, I say to all, watch.”