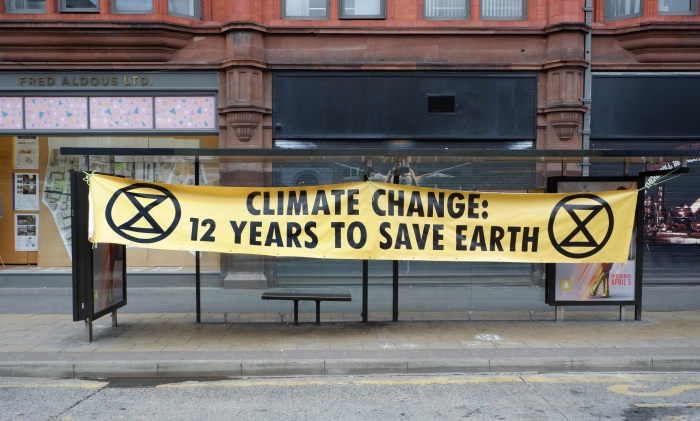 Every day new evils emerge from the party of death and destruction. From Elizabeth Warren waving her arms in a frenzy to AOC and the quartet. New deceptions roll off their tongues with ease. And they are force feeding it in our schools and colleges without so much as a raised eyebrow. We have failed an entire generation and the repercussions will explode for years to come. The latest warning sign comes from Bernie Sanders admitting Abortion will control the population to combat Climate Change. Look at what it means. Think about it.

“Population Control can be influenced by a variety of factors. … Population Control may involve culling, translocation, or manipulation of the reproductive capability. The growth of a population may be limited by environmental factors such as food supply or predation.“(Wiki)

We all know what culling means.

(Oxford dictionary)”Culling is reduction of a wild animal population by selective slaughter.”

And this is what Bernie Sanders says is needed.

According to the BBC, Bernie was asked if he would tackle a poisonous topic for politicians that equates population control with Climate change. He answered:”So I think, especially in poor countries around the world where women do not necessarily want to have large numbers of babies, and where they can have the opportunity through birth control to control the number of kids they have, is something I very, very strongly support.”

The liberal left has been behind the scenes promoting population control, and eugenics for decades.

Al Gore said this, years ago “Population growth is straining the Earth’s resources to the breaking point, and educating girls is the single most important factor in stabilizing that. That, plus helping women gain political and economic power and safeguarding their reproductive rights.“ (Brainy Quotes)

But now they are in plain site. This is not conspiracy theory it’s fact. Time to wake up. With Obamacare hints were made at age restrictions for expensive medical treatments, and the Dems quickly squashed it. We all remember the commercial of pushing grandma in a W/C over the cliff. But now they proudly tout this and say its for Climate Control because you know according to AOC we’re all going to die in twelve years. And she said Hurricane Dorian is Climate Change.

If we don’t act now and in 2020 we will find a very different America.

America needs God now more than ever. You can tell the Dems worship only themselves and have nothing but their empty promises for Eutopia for they worship created things rather than the creator. Romans 1:25

We have strayed so far from God and His plan for mankind we resemble a modern Tower of Babel and we all know what that turned out like. Our time is growing short not because AOC says it is, its growing short because of mans rebellion against God.

Like Loading...
‹ Since When did it Become Un-American to be Patriotic?
Exposing The Darkness Of Emerging Social Justice And Social Credit Systems, Should We Be Concerned? ›