Home › Daesh › US Department Of Defense Gives Statement On Syria

US Department Of Defense Gives Statement On Syria 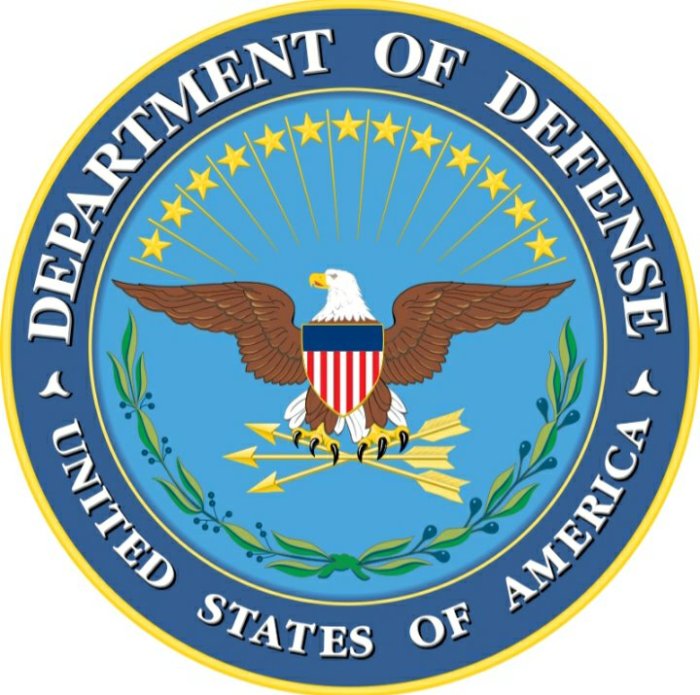 The US Department of Defense tweeted a statement just moments ago on the removal of troops in Syria.  I still have to wonder what the next phase is. 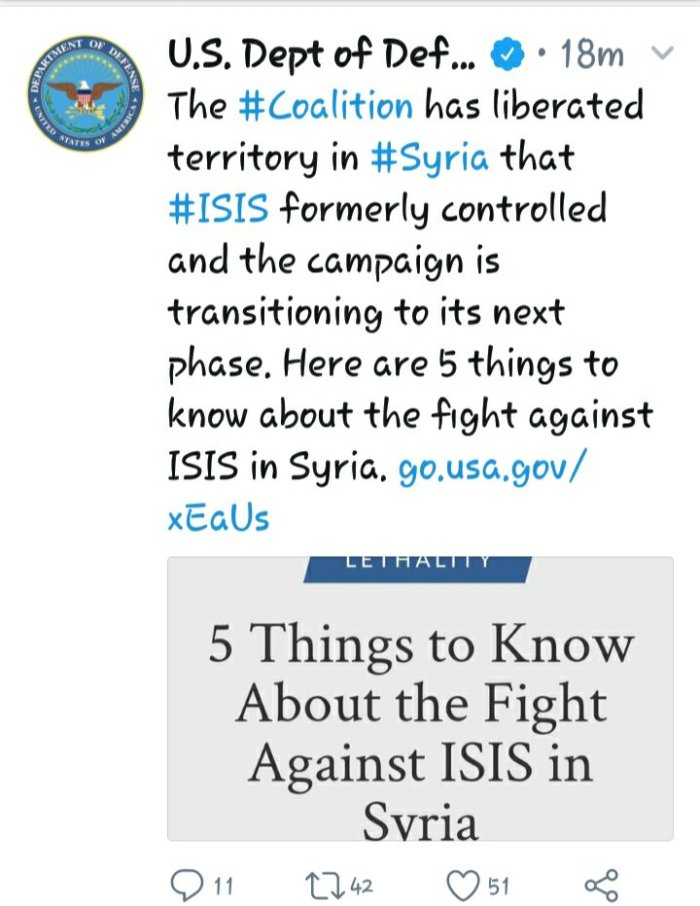 (US Department of Defense) “The Coalition has liberated territory in Syria that the Islamic State of Iraq and Syria (ISIS) formerly controlled, but the campaign against ISIS is not over, Chief Pentagon Spokesperson Dana W. White said. The process of returning U.S. troops home from Syria has begun as the campaign transitions to its next phase….”
She went on to say that they will work with partners to continue to fight ISIS wherever they are. The campaign began in 2014.
Here are the five things the Defense Department says we should know:

1. The Coalition has liberated more than 20,000 sq. miles of previously held ISIS territory in Syria.
2.  More than 3 million innocent civilians have been liberated from ISIS’ barbaric cruelty and fear.
3. The 79-Member global coalition to defeat ISIS is an unprecedented collection of nations aligned in a common counterterrorism cause.  (74 nations, 5 international organizations)
4. Executed a successful by, with, and through campaign with the Syrian Democratic Force (SDF) who sacrificed more than 1,600 warriors alongside 6 members of the international Coalition in the fight against ISIS in Syria.
5. As of September 2018, 36 high value targets have been eliminated and more than 700 foreign terrorist fighters from more than 40 countries are in SDF custody.

It’s worth noting that US Secretary of Defense General Mattis resigned today, part of his statement said that President Trump deserved someone who was of like mind with him. 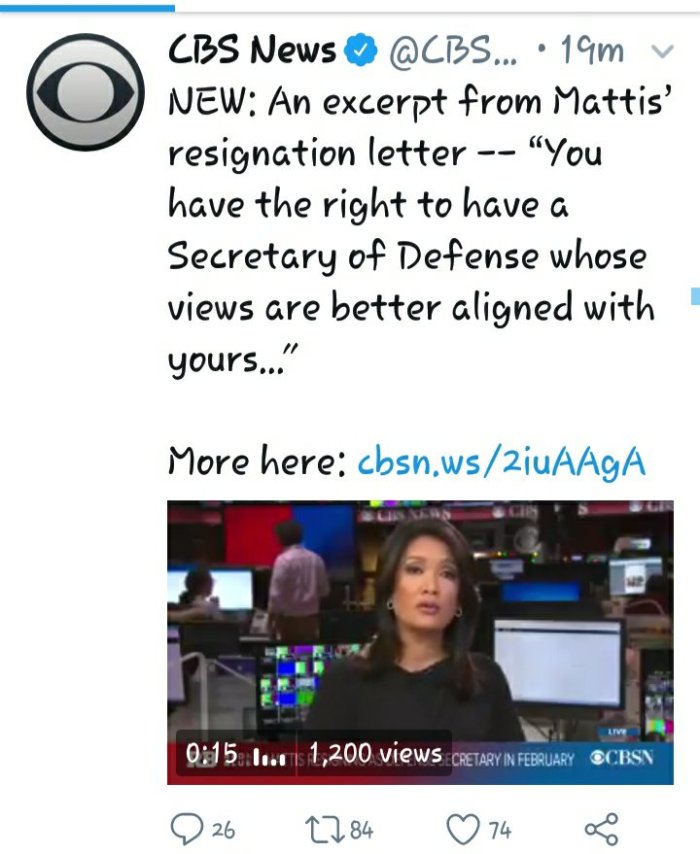