“The Torch Is Your’s Hold It High” 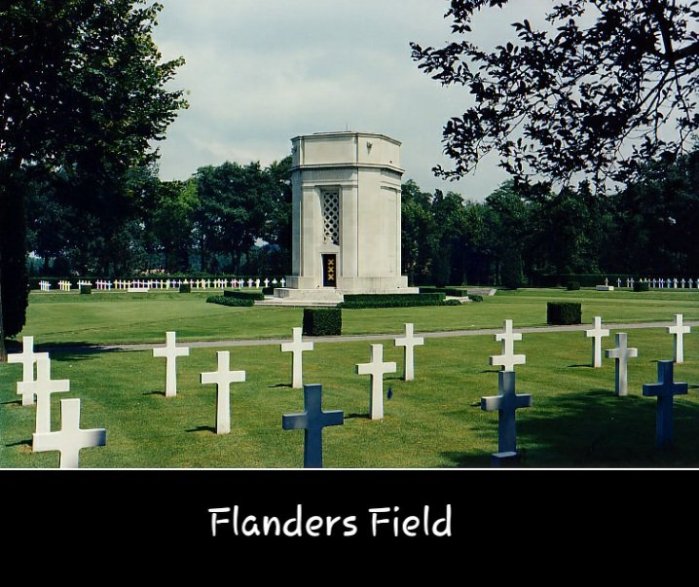 Memorial Day is so important, as the poem states, “The torch is Your’s Hold it High”.  So many died to pass the torch of freedom to us.  Let us HOLD IT HIGH!

​“Flanders Field is an American Cemetery and Memorial, a World War I cemetery on the southeast edge of the town of Waregem, Belgium. Poppy flowers began to grow after the burial of the fallen soldiers.”

A plaque reads: “In memory of those American soldiers who fought in this region, and who sleep in unknown graves.”
Let us remember all those who fought for freedom and those who never returned but are with God.

“Canadian physician Lieutenant-Colonel John McCrae. He was inspired to write it on May 3, 1915, after presiding over the funeral of friend and fellow soldier Lieutenant Alexis Helmer, who died in the Second Battle of Ypres. According to legend, fellow soldiers retrieved the poem after McCrae, initially dissatisfied with his work, discarded it. “In Flanders Fields” was first published on December 8 of that year in the London magazine Punch.”

In Flanders fields the poppies blow
Between the crosses, row on row,
That mark our place; and in the sky
The larks, still bravely singing, fly
Scarce heard amid the guns below.

We are the Dead.   Short days ago
We lived, felt dawn, saw sunset glow,
Loved and were loved, and now we lie
In Flanders fields.

Take up our quarrel with the foe:
To you from failing hands we throw
The torch; be yours to hold it high.
If ye break faith with us who die
We shall not sleep, though poppies grow
In Flanders fields.