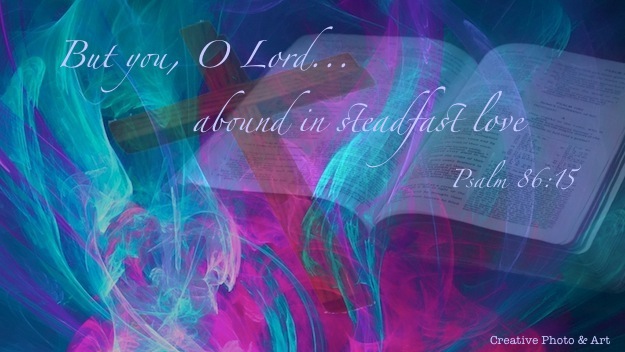 Regardless of what you believe about this, the Bible warns of false prophets who will do much damage

“But there were false prophets also among the people, even as there shall be false teachers among you, who privily shall bring in damnable heresies, even denying the Lord that bought them, and bring upon themselves swift destruction.” 2 Peter 2:1

(ICB)  This text is of course meant as a warning, a very serious and sobering warning that goes unheeded by far too many not only in the world, but within the Church as well.  There have always been false prophets, and there will always be false prophets until the second coming of Christ.

The word prophet is derived from the Greek word: prophētēs – meaning, “to speak forth, speak out; hence, properly, ‘one who speaks forth’.”  (Source)  Although by this definition, those who expound on the Word are sometimes referred to as “prophets”, that is not the proper definition of a prophet in my opinion, these are more like (and are); teachers, pastors, lay people etc.

I personally tend to think of a prophet as one of the biblical prophets of old by simple habit, but that doesn’t mean that there cannot be modern day prophets, because they do in fact exist – they just simply are not the same as the prophets of the Bible.  Many there are on YouTube that “prophecy” about this and that.  Some are right, and some are not.  “Wherefore by their fruits ye shall know them.” Matthew 7:20

Some do not believe there is any such thing as a modern day prophet.  Regardless of what you believe about this, the Bible warns (including Jesus Himself) of false prophets who will do much damage.  Worse yet (maybe) are the false Christs.  I say maybe because it seems that the false prophets and teachers are doing a lot more damage and are more numerous in number.

“And many false prophets shall rise, and shall deceive many.” Matthew 24:11
“Beware of false prophets, which come to you in sheep’s clothing, but inwardly they are ravening wolves.” Matthew 7:15

Whole religions are built on false doctrine.  2 Peter 2:1 mentions: “even denying the Lord that bought them, and bring upon themselves swift destruction.”  This is exactly what the Jehovah’s Witnesses do; they completely deny the divinity of Jesus Christ.

Yes. We believe in Jesus, who said: “I am the way and the truth and the life. No one comes to the Father except through me.” (John 14:6) We have faith that Jesus came to earth from heaven and gave his perfect human life as a ransom sacrifice. (Matthew 20:28) His death and resurrection make it possible for those exercising faith in him to gain everlasting life. (John 3:16) We also believe that Jesus is now ruling as King of God’s heavenly Kingdom, which will soon bring peace to the entire earth. (Revelation 11:15) However, we take Jesus at his word when he said: “The Father is greater than I am.” (John 14:28) So we do not worship Jesus, as we do not believe that he is Almighty God.

The Catholic Church is built on many false premises.  The worship of, and praying to Mary (called the Queen of Heaven), praying to Saints, Purgatory (paying for sins before entering Heaven), the Pope being directly descended of the Apostle Peter etc.

The Mormon Church is also highly heretical in nature.  The Mormons have their own version of the Bible called the Book of Mormon.  Their beliefs are vastly different from what the Bible teaches.

According to LDS teaching, the Mormon Jesus was born as the first spirit child of a probable heavenly mother and heavenly father. This Jesus is a created being. He was not a god initially but earned his way to deity over time. The second spirit child was Lucifer. Both brothers presented their plans to the Council of the Gods for the future salvation of those on earth. Jesus’ plan was accepted, while Lucifer took a third of the host of heaven and was cast down. Then came the rest of us. Men might one day earn godhood. Women bear spirit children throughout the eternities as queens and priestesses to their husbands.

A word of caution here on the religions that are based on false doctrines: judge the denomination on it’s merits according to what the Bible teaches – do not judge the individuals of said denomination because of the sins of their particular “faith,” there are (I know of several for sure) individuals in these faiths that are true believers in Jesus.  One told me that he remained in the Catholic Church because he enjoyed the pomp and ceremony, his words not mine, yet after having met this man and having attending a Bible study with him, it was exceedingly clear that this gentleman was a true spirit-filled believer in Christ.

Others deny that certain parts of the Bible are even true.  Some take what is in the Bible and twist it to suit their own nefarious purposes.  The TV evangelists who wrongly teach what is known as the “prosperity gospel” and/or “name it and claim it” are among the false teachers/prophets of today.

Still others certify (against what the Bible teaches) that homosexuals, lesbians, transgenders etc. can be children of God, and are biblically welcome to be pastors, elders, and deacons etc.  This of course could not be further from the truth.  They are welcome to attend services, but are not to be in positions of authority unless and until they renounce their lifestyle and turn to Christ.  Remember also – they are not to be mistreated or hated, seems obvious but not to some.

Many reading this will say, “Who would fall for any of that?”  That may be true with many, but God warns us for a reason.  What would you “fall” for?  Anyone who states that they will never fall is a fool.  The Apostle Peter was never going to fall away either (Matthew 26:33).

There are other things – I was a prodigal for many years, why?  My parents divorced, and I turned away from God for a long time because of this.  It took some serious events (failed marriage, drinking, bankruptcy, home foreclosure) before I “wised up” and returned to the Lord through His abundant mercy and grace, not to mention the amazing deep love for me that God displayed in never giving up on me.

Guard your heart wisely, read the Word regularly, pray daily, worship often, give thanks to God every day.

Like Loading...
‹ AOC Slams Biden for Supporting Israel and the ‘Squad’ Accuses Israel of Terrorism While Supporting Actual Terrorists
Hang On Time Is Running Out ›