Home › America In Crises › We Warned You, Biden and the Dems Are Bad For This Country – & Things Are About to Get a Lot Worse

We Warned You, Biden and the Dems Are Bad For This Country – & Things Are About to Get a Lot Worse 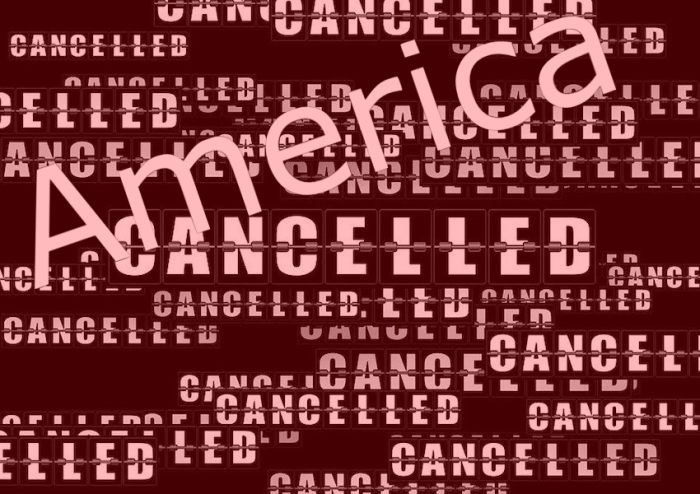 (TCP News)  Don’t say we didn’t warn you, because we did, repeatedly – only many people chose not to listen.

Biden as promised opened the border, and we are paying the price for this already, the border is a disaster.  The AP (Associated Press) informed their staff NOT to refer to the border situation as a “crisis.”  If there is no crisis, then why did the Biden administration do an about face and say that parts of the border wall now need to be finished?  This after Biden had previously halted all wall construction on DAY ONE in office.

Firebrand socialist Demoncrat Ilhan Omar recently called Biden out on his about face, seems she isn’t happy about any holes in the wall being plugged.

Biden in his infinite wisdom also killed the Keystone Pipeline project, also on day one in office.  This move instantly destroyed thousands of jobs, and coupled with the “no new drilling rule” has endangered America’s recently achieved energy independence.  Notice gas prices at the pump are rising?  Thank commander Biden for that.

Some will tell you that the price increase is a simple supply and demand issue, more gas being used means more demand and supplies are down, therefore the product price increases.  That is true; and then some will blame OPEC.  Here is the problem with that scenario – OPEC should have little impact on U.S. fuel prices.  But since Biden wants to take away all of the U.S. oil industry’s toys and give them to the so-called renewable fuels industry, that in turn means we import more oil, which in turn means the price of gas rises, which didn’t have to happen to begin with.  One of Biden’s stated goals is to squash the oil industry like a bug, and he is following through on that promise.  You can read about that here, and here.

Biden has destroyed women’s sports.  Biden supports children being able to change their sex (transgender); his assistant secretary for health is transgender.

The idea that an 8-year-old child, a 10-year-old child decides, you know, “I want to be transgender, that’s what I think I’d like to be, it’d make my life a lot easier”—there should be no discrimination.

That’s sick, that’s really screwed up thinking.  A child can’t drink, can’t drive, can’t marry, can’t vote, and can’t make 90% of their own decisions – but let’s let them be the judge of what sex they would like to be.  What the hell is wrong with these people???

King Biden has also taken it upon himself to decide that weapons need to be regulated much better, the latest round of the Democrats “never let a good crisis go to waste” panic induced gun control, a prelude to their complete removal.  Plenty of people say this is only a conspiracy theory – well when it actually happens and we who have been warning of this for a long time now are proven right, it will be far to late.

On top of all the other damage Biden and his goon squad have accomplished, now the pretender-in-chief wants to raise taxes, and spend trillions of dollars to “fix” the economy.  I’ve got news for Biden and his cohorts – first, I don’t think any of these people are all that bright, Trump had the economic fix well in hand.  Second, Biden’s supposed fix for the economy, as well as the way to generate more jobs – well to put it plainly, it’s not going to work genius.

Despite the Leftist narrative out there that raising taxes sky high generates jobs etc., Clinton tried this same tactic before, and guess what?  It didn’t work.  Oh, and Clinton himself said he raised taxes to high.

Biden is busy trying to sell a HUGE tax hike by tossing the country a bone.  Here Fido, sit, good boy!  Except that we are not dogs, and Biden’s bone, his much vaunted infrastructure plan is a joke, a joke that will have serious consequences.

Due to Biden’s day one executive orders we have already sustained job losses.  Now Ol sleepy Joe apparently wants to demolish the economy and uncreate jobs.  How does the loss of one MILLION jobs due to Biden’s plans sound?  This ought to not only scare all Americans, but it ought to give wiser heads than mine pause for thought and serious evaluation.  Maybe a peek back into our nation’s history wouldn’t hurt either.

They found that the U.S. would lose one million jobs in the first two years, GDP would be $117 billion lower by 2023, and ordinary capital, or investments in equipment and structures, would be $80 billion less in 2023.

The construction industry is already reeling; COVID-19 did a lot of damage.  There are reportedly plenty of construction projects that were slated for 2020 and many of these projects either are not even started yet, or remain unfinished.  Labor shortages are also a serious problem – there is plenty of work out there right now, but people can’t be found to fill the jobs.  More construction jobs without people to do them isn’t much help.  Many people are working from home now as well.

Biden’s American Jobs Plan is riddled with serious problems and is not well designed.  No one is surprised that above 50% of the bills funding has nothing to do with its namesake, namely infrastructure and of course job creation.

Joe Biden’s grasp of the economy is on par with AOC’s – in other words, almost nonexistent.

How is it that the nominal head of America can be this ignorant?

But according to an analysis of Congressional Budget Office data published by the Tax Foundation, a center-right think tank, federal investments only deliver half the economic [sic] as private-sector investments — roughly 5% versus 10%. A dollar of federal spending results in only about $0.67 of actual investment because state, local and private sector entities reduce their spending in response.

In other words, Biden’s massive spending will have little positive effect and plenty of negative effects.

Then there is the issue of Biden raising taxes, and not just a little bit either, this is a massive increase like what Clinton enacted.  As taxes increase, companies decrease their spending – they hire fewer workers, invest less in their businesses or not at all, and when things are bad enough, they move overseas.  Trump knew all this, which is why he LOWERED taxes.  The result?  The economy boomed and companies came back to America and invested in America, they paid employees more, and even handed out bonuses.  Biden will undo ALL of this with his foolish tax hike.

The corporate tax rate would be increased from 21% to 28%, partially negating a cut signed into law by former President Donald Trump in 2017. Biden would also like to restore the Clinton-era top personal tax rate of 39.6%. Capital gain would be taxed as regular income, and unrealized capital gains would be subject to tax at death.

Ford was set to invest 900 million in a huge project in Ohio.  Ford has now announced that they are moving the new project to Mexico.  Ford said nothing about taxes or Biden, but why else would they renege on their plans?

As mentioned earlier, when companies are to tightly squeezed, they move jobs overseas, this is what happened in the past; then Trump took office and made great strides in reducing this.  Now Biden wants to reverse all this through the misguided efforts of his administration – because Democrats and RINOs never learn.

Here is another example of Biden trying to squeeze corporations to death by taxes.  Biden wants to make substantial changes to the global intangible low-tax income, or GILTI.  The current GILTI tax rate is 10.5%.  Biden wants to increase that to 21%!  Because of other changes in the tax code, the real effective rate will then become 26.5%.

These companies that flee overseas are looking to lessen their tax burden, a process known as “inversion.”  The U.S. has fairly high tax rates, and Biden wants to restore them to the Clinton era levels – so we will once again reign supreme as the nation that has the highest tax rates in the world.

The primary effect of the TCJA was to reduce taxes for Americans in the bottom 80 percent of the income distribution. Put another way, the top 20 percent of earners were the only ones who did not get a tax cut under the TCJA. Americans earning between about $40,000 and $80,000 per year benefited most from the TCJA, and millions of others at the lowest income levels were taken off the tax rolls altogether.

President Biden, along with House and Senate Democrats, have pledged to reverse all that.

This will also put the screws to many an American that inherits property from their parents.  As of now, the inherited property when sold (stepped-up basis) isn’t likely to carry a high tax burden provided the sale proceeds are near to or equal to the fair market value.  Biden wants to eliminate this as well making most of the sale proceeds taxable.

So could someone please remind me again how it is that Biden and the Democrats are good for this country???  I seem to have forgotten.