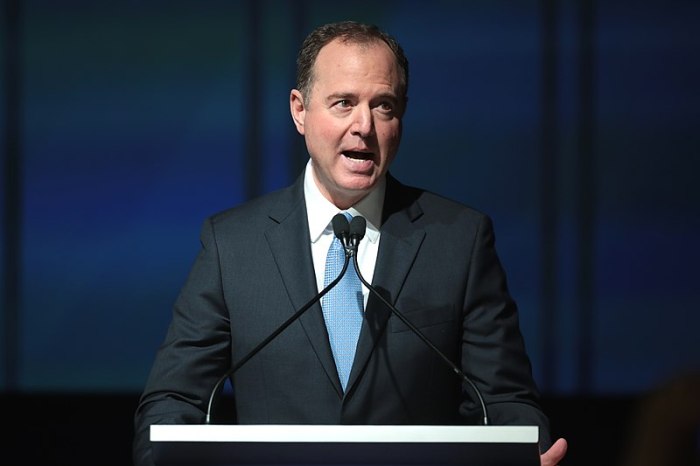 Adam Schiff wants to amend the Constitution to remove the Electoral College – then YOUR rights are gone.

(TCP News) Rep. Adam Schiff, who heads up the House Intelligence Committee, has power and influence.  He was recently interviewed on Bill Maher’s Real Time on HBO.  Maher, a far-left hack, asked shifty-Schiff about the U.S. Constitution.  Maher prefaced his questions by mentioning that many Americans think that Jesus delivered the Constitution.

I’m not sure if Maher really believes people are this stupid, or that he was making a point while being overly dramatic and insulting to Jesus and all those who believe in Him.  Probably the latter.

The Constitution is in no way outdated as Maher suggests in his opening remarks to Schiff.  The real issue here is that Maher, Schiff, Pelosi, Schumer and others want to rewrite the Constitution – or eliminate it altogether because it restrains them from doing all that they desire to do.

Adam Schiff brazenly answered Maher’s question on the Constitution by saying that he is in favor of amending it.  One of those amendments would be to eliminate the Electoral College.  You can listen to Schiff expound on that at Breitbart News (VIDEO).

Removing the Electoral College (in favor of a popular vote) is serious, like a magnitude 10 earthquake serious.  I won’t here go into how the Electoral College functions (you can read about that here), suffice it to say that the majority of the votes cast throughout the physical United States would NOT count.

Elizabeth ‘Fauxcahontas’ Warren declared that we as a country need to get rid of the Electoral College because:

“Well, my view is that every vote matters,” she added. “And the way we can make that happen is that we can have national voting and that means get rid of the Electoral College and every vote counts.” (Source)

This is what the Democrats will tell us, and are telling us.  This is a blatant bald-faced lie and they know it.  Ever hear of the National Popular Vote Interstate Compact?  This is serious business, read about it. 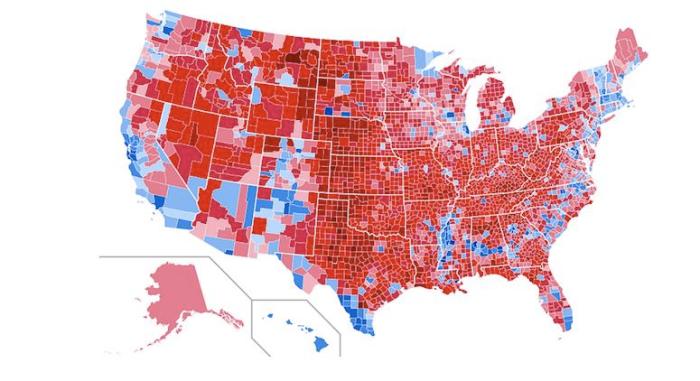 Notice the largest part of the map is RED?  The red and blue areas represent votes.  The assumption looking at the map would be that the candidate who is affiliated with the red area is the winner right?

In a so-called popular vote, the winner of the election would be the candidate affiliated with the area in BLUE, you know, the rather small area of the U.S.?  The BLUE area has the most population, so they win, always.  The Blue areas are ruled by liberal far-left Democrats.  Republicans would lose the presidential elections EVERY year in a popular vote – guaranteed.  The Democrats are well aware of this fact.

The same principle holds true with Democrats wanting to pack the Supreme Court.   They would “rule” the court.  In a fair fight, election, court etc., the Democrats stand a chance of losing, just like the rest of us.  That is fair, that is the way it should be.  That is why the Founding Fathers designed the Constitution (including the Electoral College) the way that they did.

It is not that the Constitution is old and out of date; it is still protecting us today.  THAT is the entirety of the problem.  Dismiss or eliminate that protection, and Adam shifty-Schiff and his pals can do whatever they want – with complete impunity, including bringing about socialism.

This is why this election really is serious.  This election really is about freedom.  It isn’t about Donald Trump.  It’s all about whether or not We the People value our freedom.  Or if you don’t value your freedom, you are ok with overreaching laws, lockdowns, forced compliance when government thinks it’s needed, no freedom of the press, voter suppression, Orwellian censorship on social media and YouTube etc., socialism, forced vaccinations, school indoctrination, and much more – then by all means vote Democrat.

Just remember we will all reap what we as a country sow.  We are all in this together, like it or not.

If however the Democrats gain power and make these changes, the few will rule the many. This is already happening.  It will get much worse if Trump is taken out of the way.

As I said, it’s not about Trump.  Trump is nowhere near perfect.  But Trump fights for our freedom.

Democrats want to take it away.

Read my three most recent articles:

So You Think A Coronavirus Vaccine is a Good Idea? What if the Vaccine Works by Genetically Modifying YOU?

The Joe Biden plan to Improve Policing: Handcuff the Cops so They Can’t do Their Job!

Let’s all continue to fight political correctness, indoctrination, Leftist propaganda, liberalism, and keep sharing the truth – knowledge is power.  Until next time…