Home › Censoring of truth › Do Not Be Deceived, In This Time Of Great Deception And Chaos

Do Not Be Deceived, In This Time Of Great Deception And Chaos 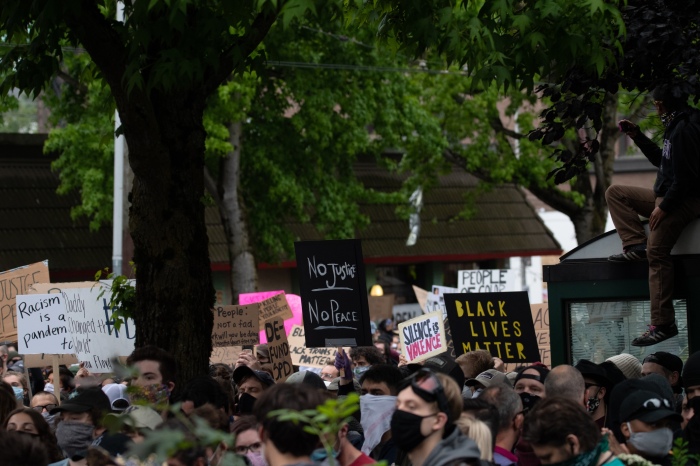 Do not be deceived.  We have reached the time of great deception, darkness and corruption.  God has answered prayer in that he has exposed the dark, evil in the swamp of our government, and now it’s up to us to push it back.  Do not be deceived.  Test everything, as nothing is as it seems.

As corruption was rooted out, the evil spirit here, went to work. Creating distraction first by plague, then by chaos and division. So much propaganda even about the plague.  As it turns out the MSM has been outed as a propaganda arm of the left, and now reports are surfacing that Newspapers have been paid as much as 19 million dollars by China. Everyone agrees the recent killing of George Floyd was horrendous and deserved justice.  But what ensued was not justice, but those in power unleashing evil.  Christians, and even Pastors have fallen in line with BLM.  Without even knowing what it is.  Yes of course, black lives, matter, brown lives matter, all lives matter.  There are those that have blindly followed wolves into the middle of the sheep pen.

Liberals everywhere are not only condoning but in my opinion inciting riots and violence.  Even Media.  Have we all forgotten recent past where the group BLM wreaked havoc?  Everyone has forgotten what they are.  They are a political group with a goal of “disrupting the Western-prescribed nuclear family structure.”  That’s from their own website.  They launched a global network  after the death of Trayvon Martin,  and they say this about it: “which even in it’s infancy has become a political home for many.”

BLM has had, literally, thousands of officials, military and congress bow at their feet.  Again, literal bowing as if worshiping a god.

They want to defund the Police, they want to create “villages” that care for one another.  Go to their website and look it up.  So is it any wonder that a City like Seattle has been overtaken and declared a sovereign country separate from the United States of America.  Speaking of which, they aren’t as sovereign as they think because they are demanding food, clothes, water, and other things.  There are videos of them beating a street preacher simply for preaching the Gospel, reports of them handing out long guns to participants and much more.  And the mayor there say’s it’s innocent and like a block party.  She has bowed to them as if in worship.  BLM has a huge presence also in Europe and the chaos has not escaped them either.  The term Police Brutality has been overdone.  And used to describe all police even in Europe.  Watch Tucker Carlson if you want to know the damage that BLM has done.  And turns out that the Southern Poverty Law Center is a supporter if not monetary than vocal support.  Celebrities have poured money at bailing rioters out of jail, and are big supporters of BLM.  They are raising their voices in support of not only defunding but dismantling the police everywhere.  NYC defunded and dismantled their Crime unit.  A unit of undercover police in NYC.  We all know how that will turn out.  NYC has fallen the way of California, and now Seattle.  Look at what their experiments with socialism has left them.

We must stand behind our Police, they are our peacemakers, they are our protectors.  Yes make them accountable, but they will root out the bad, if given the opportunity.  Officers have been attacked, killed, and ran over, they have been made to fear their security and freedom to do their job.  Their families are fearful, and rightly so.  One officer is clinging to life in Las Vegas on a ventilator paralyzed from the neck down. Last night the Shake Shack in NYC served shakes to 3 officers poisoned with bleach.  Of course their swift investigation said that it was unintentional.  Really?

This is unacceptable.  Ilhan Omar, AOC and Pelosi and company are ecstatic, and drooling and salivating over defunding the police and causing as much hate and discord as they possibly can.  They have literally lost their mind, they are not of sound mind, God warns to stay away from those.  Remember that in November.  God also has something to say about the calls for violence from them and the media, and that’s what it is they do.  They downplay the riots and violence saying that it’s only youth expressing themselves.  One guest on Fox News last night went a step farther.  He said not to use the terms riot or looting, and quoted an African Proverb:  “if the youth are not initiated into the village, they will burn it down just to feel it’s warmth.” As if it justifies violence and destruction.  I didn’t find that amusing, comforting or even making sense.  After watching so much of our country burn, and the horrors of business owners attacked, and even killed.  It justifies nothing. God say’s Vengeance is HIs.  Do you think the self righteous Nancy Pelosi would quote that scripture to denounce violence?  No, she is complicit in inciting violence. Joe Biden even said that George Floyds death was of greater significance than Martin Luther King’s assassination.

All I am saying is remember nothing is as it seems, and while we live through the pages of Revelation remember to stand with those persecuted, but bow only to God.  Speak when you can, and strengthen your faith with the Armor of God.  Pray for the Blue, pray for our Country, and pray for our President.

Tags: back the blue, BLM, chaos and destruction, news, riots