Home › Censoring of truth › Impeachment-Is It Revenge Aimed At Americans?

Impeachment-Is It Revenge Aimed At Americans? 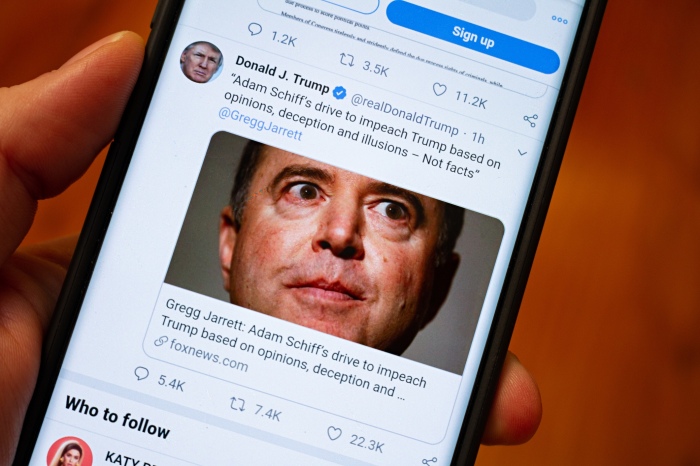 The demonic hatred the left is displaying is deeper than anyone imagined.

Watching only short clips of today’s so called trial has both sickened and heightened my awareness of how deep the roots of evil and hatred run in our government and country. I admit when President Trump campaigned on “drain the swamp” and “lock her up”, I was amused. I thought how clever. Conspiracy theorists have been shouting for decades about the dark, dank swamp of politicians corrupt evil policies and back room deals and they were shamed and made fun of. So I mused that this was a clever man. But he indeed rolled up his sleeves and went immediately to work to unravel each and every dark back room deal from Libya to Iran and even China and North Korea.

He unveiled a stench that circled the globe. The demonic spirits emerged screaming and screeching to devour whatever it was exposing them to light. And devour they did. Many of the Presidents friends and supporters fell one by one to the party of death and destruction. And this goes way back to even Abraham Lincoln. Yes it does. He was assassinated by this very spirit we see today. We saw it with the assassinations of JFK, Bobby Kennedy and Martin Luther King Jr. We saw it with the total destruction of Nixon and now Trump.

Pulling from recent history look at the Clintons, it’s well documented the literal skeletons they have buried and the list of ruined lives is long.

You can watch the blow by blow of the illegal activities taking place today in the Senate. Really watch though and ask God to open your eyes and he will show you the evil embedded.

I honestly don’t know how to stop this self destructive behavior. This hatred runs so deep.  I will continue to pray.

Obama refused the missile defense deal for Eastern Europe and Biden, Kerry and HRC swept the globe to embolden terrorists first in Syria, then Libya, then Iran. Even in Egypt but the people fought back in Egypt. Media quickly covers this up. Obama sat silent as thousands of Iranians were slaughtered by the very regime he boosted up.

President Trump campaigned on ridding America of corruption and rooting out corrupt policies in countries we gave aide to. Yet he is attacked.  It has been brought to light that five members of Biden’s family benefitted from corrupt dealings with Ukraine. Put that aside and think do we really want even four more years of Obama through Biden or any of the Dem candidates?  The new world beast came into focus with Obama and the Demoncrats are launching a war against those who speak out against this new world order beast, those who refuse to bow. It’s time to stand and speak and refuse to bow to evil.

The obvious coup playing out today reflects the hatred and lies of the left in surreal ways. America is in danger from within just as predicted. Our enemies are jubilant and already celebrating. And yes as far as I and many are concerned those like schiff, Pelosi and the squad are enemies of the American people.

The left led by shifty Schiff and Pelosi has a scorched earth policy for revenge. Revenge and Vengeance aimed at Americans who dared to take a stand and say no to the head demon of the 2016 election. But make no mistake they have rallied legions our job is not done.

This is not about crimes a President committed,  it’s revenge and vengeance aimed at we the people for exorcising our right to vote.  They are not only trying to negate a duly elected President but they are interfering in the next election also. Can we change the deadly course those in power like Pelosi and Schiff are navigating?  We can’t stop trying. We can’t stop praying. Stand up and speak out. Expose the lies and half truths of the left.

They pay lip service to God to lull Christians into their arena of fire and destruction but forget that all leaders are sanctioned by God for His purpose. Perhaps His purpose here is to expose the darkness pretending to be light. Remember vengeance is mine saith the Lord. Let your light shine through this darkness.

One last thing, Facebook is censoring conservatives like never before as the left spews venom and lies Facebook is being controlled by the left. The following is a post from a candidate for Congress that they ripped and targeted. 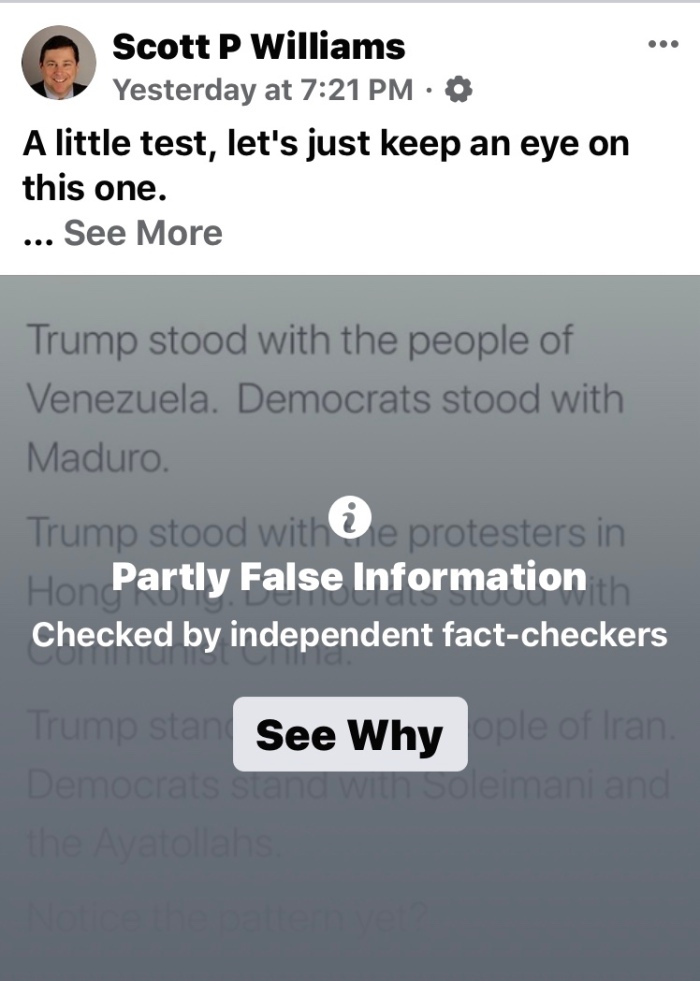 And it’s just beginning. They have been attacking Christian bloggers for a while now. It’s not conspiracy as the left claims. Get ready.

Like Loading...
‹ Iran Reportedly Evaluating Retaliation Scenarios to Inflict ‘Historic Nightmare’ on the United States – but the Tiger has Teeth
Are We To Remain Silent? ›