Over 600 rockets were fired into Israel over the last 3 days, and 3 Israeli men were killed.

Secretary Pompeo has hit it head on, in one of his latest tweets. 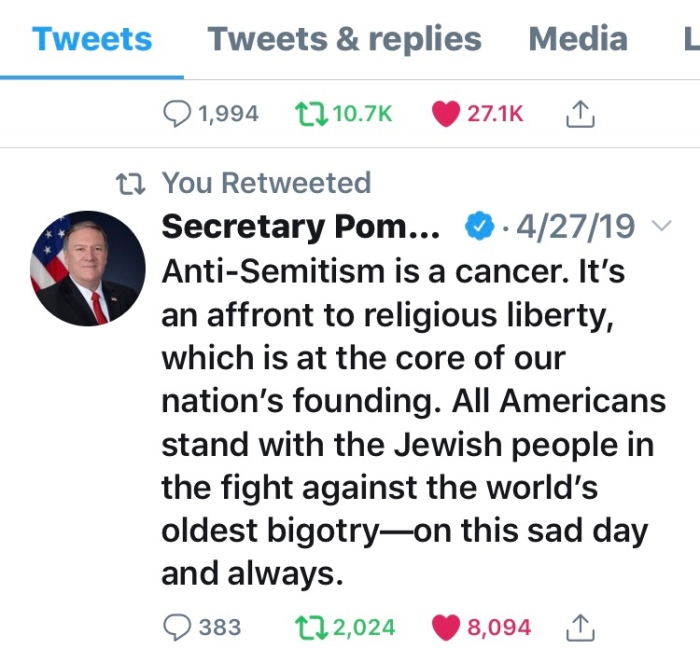 Rashida Tlaib, and Ilhan Omar condemn Israel for defending itself.

Shameful and false. Others took to twitter to call them out and tell the truth.

According to multiple reports a cease fire has been agreed upon. Hamas has been doing this for decades. Firing rockets into Israel and then crying foul when Israel fires back. And the world condemns Israel. Even falsify media reports. 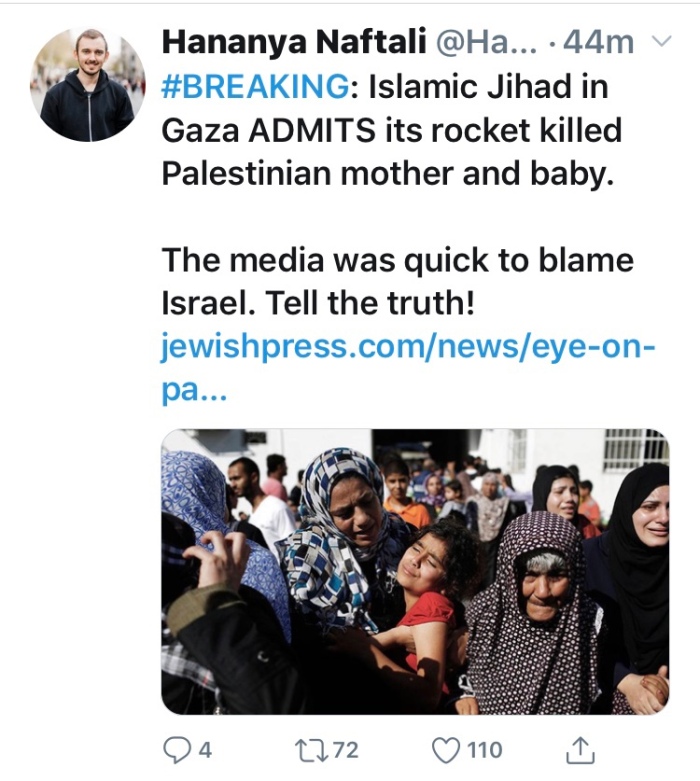 And now America has its own voices for the terrorists attacking Israel. They are a shame to our country and should be removed from office. Their loyalties lie elsewhere.

And it’s not a coincidence that the latest terrorist attacks were at the start of Ramadan. (May,5th)”Ramadan is the ninth month of the Islamic Calendar and is observed by Muslims worldwide as a month of fasting to commemorate the Koran given to Mohammed according to Islamic belief.”(Wikipedia)

Hypocrisy at its finest.

They give blessings like this one, but apparently it’s ok to kill Israelis and strike fear by firing hundreds of rockets. And this is a peaceful holiday? What if we had done this during our Easter Celebrations? There is no peace in this.

Like Loading...
‹ Beware Of Smiling Faces Claiming Sovereignties Over God And Our Government
What Lies Ahead For America As Democrats Go Low ›