Home › Crises at our Southern Border › The Ultimate Betrayal of America: It’s Worse Than You Think

The Ultimate Betrayal of America: It’s Worse Than You Think 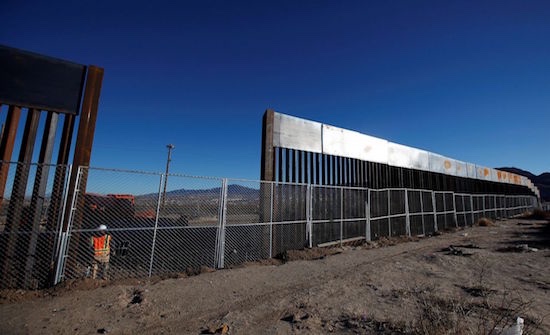 Published with permission,every American should read this.
By Lyle Rapacki

(True Conservative Pundit) Sidney Powell is a breath of fresh air in a political environment filled with the smell of sulfur.  She is a former Assistant U.S. Attorney who served in the Department of Justice under “nine” United States Attorneys from both political parties.  Her article below is straight forward and easy to follow, and then place into action!  Please redistribute this information to all on your lists, and to any political or public figure even if the individual is serving only on the Library Commission.  People need to wake up and begin applying pressure to secure our border, not merely lay back and think President Trump will take care of the matter.  He is trying, and the people of the United States need to step up and help him help us!  Attorney Powell, thank you for your straight forward and candid summation directed at a true National State of Emergency.

There truly is an invasion taking place, but all forms of conventional media are deliberately silent about the truth.  This silence is orchestrated.  But then again so are the invaders in the caravans bringing mostly military and gang-age males, between 16-35 years old, and in fighting shape, to the southern border to forcibly cross into the United States.  These invaders have NO intention of becoming American citizens, nor do they intend to support or pledge allegiance to our Nation, our heritage, principles, values and culture.  Collapse America is the unspoken battle cry, but collect all the benefits and goodies one can obtain first.  These invaders are not coming simply from south of the border to make a better life for themselves; that sounds nice and sure invokes sympathy but it is far from the truth!  Young men from countries who view America as evil and must be subdued are coming here from the Middle-East, and from broken down countries supporting Socialism.  Former U.S. Attorney Sidney Powell in simple terms outlines steps that need to be taken, and now, if we are to stem the tide of invaders, and save the sovereignty of the United States of America.  This is NOT a drill!!  This is a true invasion, and I pray you will find a way to engage yourself.

THE ULTIMATE BETRAYAL – The Truth about the Invasion of America

Let me be clear. I fully support President Trump. Without him, we would not have a country now, and no one else could have survived the pure crap thrown at him the last two years—much less achieve the historic accomplishments he has racked up. That said, we are at a breaking point.

Countless people have asked me why our President—who promised national security above all else—is not fulfilling that all-important promise, and the answer is not as simple as a new Homeland Security Secretary. Here’s what I know, and I cannot sound the alarm loudly enough.

Congress, Speaker Pelosi, the Democrats, Mitch McConnell, and the RINOs passed a bill that completely sold out American citizens and hardworking taxpayers—all middle and lower-income America—and crammed it down the President’s throat. An inner circle of people in the White House do not share the MAGA agenda and either mislead the President or flat-out lied to him about it all. And, the National Emergency Declaration won’t fix it.

The bill they crammed through aids and abets the Mexican criminal cartels, boosting their billion-dollar-business by multi-millions of dollars a month. It’s a neon sign inviting human-traffickers and other criminals to grab children and pour into the United States. It is worse than amnesty.

That is why tens of thousands more people with children are pouring into this country every day—and being released immediately. Not only did the bill cut the number of beds for detention, it provides—unbelievably—that if the invaders qualify in the broad language below—and tens of thousands do, they can NOT BE DETAINED OR DEPORTED. Section 224(a) provides that “None of the funds provided by this Act or any other Act . . . may be used by the Secretary of Homeland Security to place in detention, remove, refer for a decision whether to initiate removal proceedings, or initiate removal proceedings against a sponsor, potential sponsor, or member of a household of a sponsor or potential sponsor of an unaccompanied alien child . . .”

LYLE J. RAPACKI, Ph.D. is an Intelligence and Threat Assessment Specialist who has provided intelligence briefings and consultations to selected members of the Arizona State Legislature on Border Security, Deviant Movement Groups, and threats to State sovereignty from May 2010 thru April of 2018.  Dr. Rapacki’s reports, briefings and consultations have enlarged to include elected and law enforcement officials across the country.  Lyle believes he is now being directed to sound the Shofar of Warning to the Remnant Church of the challenges and threats directed ahead.  He is the author of the successful Amazon Kindle booklet: “Our Forefathers truly Appealed to Heaven” $5 Kindle.