Home › anti-christ › “Stupid Is As Stupid Does”

“Stupid Is As Stupid Does”

Cortez(AOC) says Judge Janine is to blame for a death threat against Omar.

“Stupid is as stupid does”. Every time she opens her mouth ugly comes out.

I don’t condone violence or violent threats in any manner. However what does she say about Maxine waters calling for attacks on Republicans? Nothing not a word.

If you use her and the others ignorant thinking than it’s true that Waters,Louis Farahkan, Jessie Jackson and Bernie Sanders vile rhetoric is responsible for all acts of violence against Jews, Conservatives and Christians.

Louis Farahkan said recently that he is Jesus. He said that. And he said that God did not love the world to send His Son. He said Jesus didn’t die. Wow. But did they condemn him? 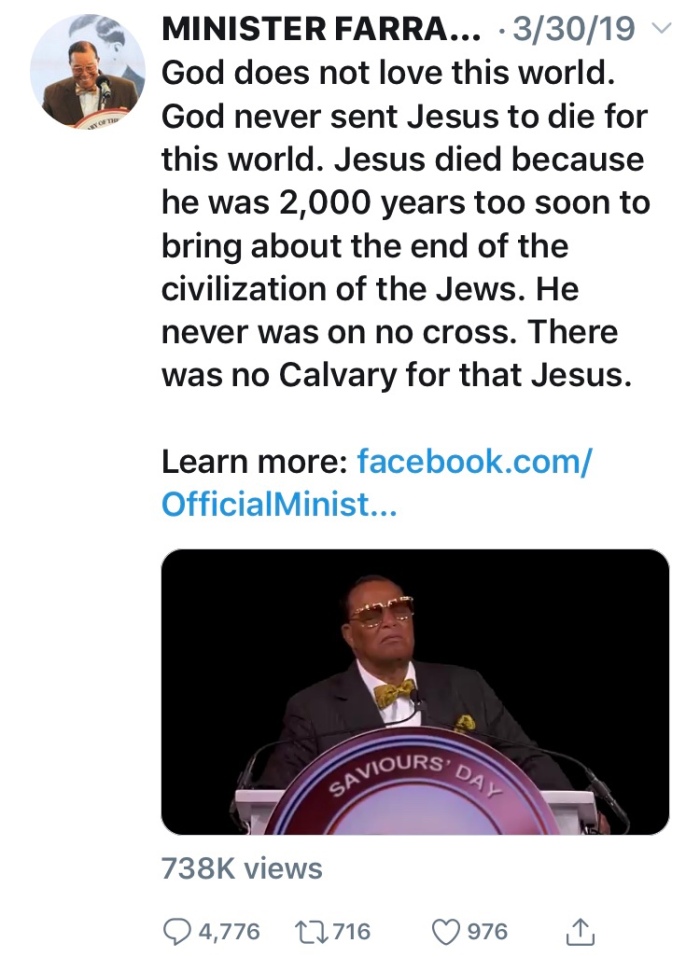 Did they blame him and Islam for the genocide and increasing slaughter of Christians in Islamic lands and Nigeria? Nope nothing.

If their hijab is a sign of empowerment why don’t they condemn Iran, Saudi Arabia, Brunei and Pakistan for forcing by threat,beating and imprisonment for refusing to wear it? Or for killing homosexuals or adulterers or blasphemers as sharia law calls for? Again stupid is as stupid does. These are not things that happened in ancient times they are happening now! Brunei is the latest country to enforce the Stone Age barbaric sharia law. And the hijab in our capitol is a reminder of this law. There I’ve said it. But in America we exhibit our power at the voting booth. Or our freedom of speech. And they want to silence us by blaming every act of violence on those who speak the truth. Crazy and darkness go hand in hand. The vile explosion of hate in our government by the party of death and destruction is to blame. They have been pushing and even calling for civil unrest.

It’s what they want. Don’t feed into their hate. I condemn all acts of violence. God will expose their foolishness.

18 For the message of the cross is foolishness to those who are perishing, but to us who are being saved it is the power of God.