Home › Ancient false god's › Can We Not Condemn Hate Without Wearing Oppressive Symbols?

Can We Not Condemn Hate Without Wearing Oppressive Symbols? 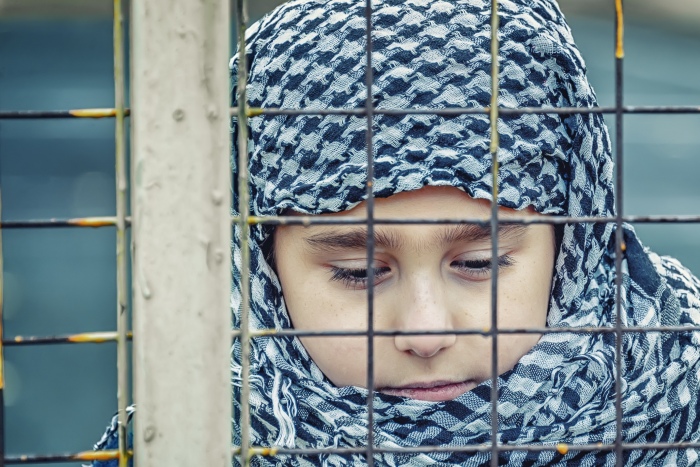 This commentary may be offensive to some but I am merely pointing out the obvious elephant in the room before I am silenced.

My heart aches for the people of New Zealand grieving over the hate unleashed there recently. I condemn this heinous act. But….I have concerns and questions watching leaders and other women using symbolism that is in solidarity with a god foreign to their belief.

The question I have is this. Will Muslims wear or display crosses in solidarity of the Christians slaughtered in recent days in Africa and the Philippines?

I have said before I denounce all violence committed in hate. However genocide against Christians was recognized under Obama. It is still happening across Africa, and in the Middle East persecution continues. So why is the media focused on New Zealand? Why is the media focused on showing women wearing an oppressive symbol of hate like the hijab in solidarity? Do you know what it is? Do you know that women in Muslim dominate countries like Pakistan, and Iran imprison and beat women who refuse to wear them? (More)

“In its traditional form, it is worn by women to maintain modesty and privacy from unrelated males. According to the Encyclopedia of Islam and Muslim World, modesty in the Quran concerns both men’s and women’s “gaze, gait, garments, and genitalia.” The Qur’an instructs Muslim

Is it wrong to say we stand with you against hate? Do we have to don symbols of hate in solidarity to condemn hate?

I have already been labeled as islamaphobic and blasphemous by Pakistan but this is America. I can show love for my neighbor without violating the 10 commandments given me by God. Such as put no other gods before me. And I will speak out under our freedom of speech. I will speak the Gospel (good news) as long as I can. I respect their right of freedom of expression and worship. But…. as our symbols of the cross are under fire and being removed from public view because they are offensive why is this acceptable?

This blending of religions is an abomination. Period. Believe the way you want but don’t expect me to bow to your god or wear symbols of your faith.

All will, accept the cross of Jesus Christ at His second coming. Every knee will bow to Him. (Romans 14:11)

In the mean time I refuse to bow to another god at the sound of music just as Daniel did.

4 Then the herald loudly proclaimed, “Nations and peoples of every language, this is what you are commanded to do: 5 As soon as you hear the sound of the horn, flute, zither, lyre, harp, pipe and all kinds of music, you must fall down and worship the image of gold that King Nebuchadnezzar has set up. 6 Whoever does not fall down and worship will immediately be thrown into a blazing furnace.”

And no it’s not a stretch. At the sound of music they turn in the direction of the golden mosque in Jerusalem and bow in prayer to the god represented there. A God that says Jesus didn’t die and he’s not God’s son. And yet whole bodies of Christ’s church are in solidarity.

What do we not understand about there will be no peace, no eternal life without accepting the cross of Christ. Those who refuse this will be under the last judgement. Christ’s sacrifice is the only way to the Father and eternity in the presence of God.

Jesus answered, “I am the way and the truth and the life. No one comes to the Father except through me.

Condemn violence and slaughter in whatever form satan makes it, but there is no solidarity with any other god.

16 For God so loved the world that he gave his one and only Son, that whoever believes in him shall not perish but have eternal life.

33 but whoever denies me before men, I also will deny before my Father who is in heaven.

Be careful what you worship.

Like Loading...
‹ Google Not Russia Spreading Offensive,Twisted, Propaganda
The Biggest Lie in American Politics: Abolish the Electoral College to Make Things Fair – ACTUALLY, Most U.S. Voters Will Have NO Say at All ›