Home › Anti-semitisim › Symbolism Is Everything 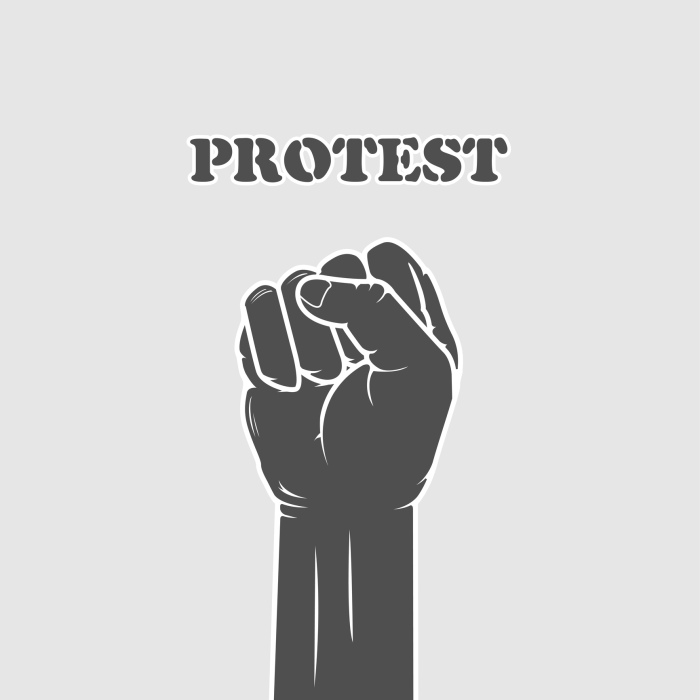 Choosing to turn away from what many Americans call politics is a huge mistake. What we are witnessing today is not politics. It’s survival of America’s values and morals. It’s watching what I and others term dangerous actions from dangerous people. And yes dangerous is the appropriate term. Remember the TV show where a robot said in times of danger:”Danger Will Robinson, danger?” Or how about the iconic quote “Houston we have a problem?” Well God’s watchmen are sounding the alarm yet it falls on deaf ears.

Niki Haley spent her career as UN Ambassador alerting the world of a danger in demonizing Israel and anti-semitism. She blocked these at every turn. And now it’s not only in the UN it’s prevalent in our government. As a woman, what disturbs me is not perceived misogyny it’s these bizarre, outlandish, Godless women calling for murder (infanticide) and revolution. The symbols that brought the chaos of the late 60’s and 70’s with violence are again rising.

Here a a few of the new symbols of the 3 newly elected women reps. 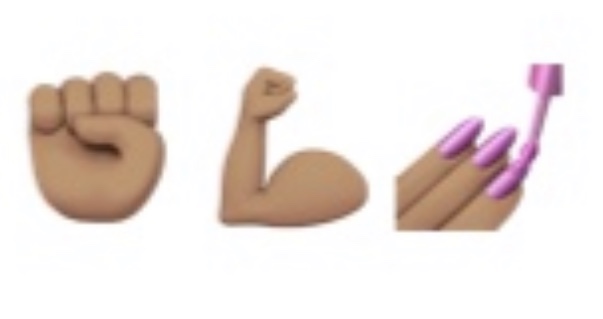 Many will disagree but I lived it. A President, his brother and a leading civil rights minister were killed. Many died in the uprisings and riots against racism, many died in the unions that fed riots. We can’t go back there. The symbolism used today by the newly elected female reps were used then too. But more importantly they represent dangerous similarities to a salute to Hitler. Yet they are applauded today. Symbols don’t change and the hatred behind them only breed hate. Baby Boomers from the greatest generation know this.

These symbols are used by white supremists, black panthers, and Islamists.

It’s a symbol of resistance and to me is meant to strike fear. I don’t like it when our President does the clinched fist either. But he hasn’t made this his official mark as Tlaib, Cortez and Omar have.

These 3 women and the other white wearing brides of satan don’t have a clue. These symbols like the one of the strong arm are changed to fit their agenda. They in their ignorance have actually mocked the reason this symbol came about. The strong arm represented strong women who stepped up for their country as men went off to fight oppression, discrimination and Antisemitism in the strongest form and communism. This is unconscionable. Why did Americans elect those who not only don’t understand even the basics of America’s constitution? But exhibit behavior meant to tear it down. Why did Americans elect those with conflicting interests. I will be called hate monger, islamaphobe and other names but the basic belief of these women contradict our very basic morals. Look at the Koran:

Jewish Virtual Library “Koran[5.33] The punishment of those who wage war against Allah and His apostle and strive to make mischief in the land is only this, that they should be murdered or crucified or their hands and their feet should be cut off on opposite sides or they should be imprisoned; this shall be as a disgrace for them in this world, and in the hereafter they shall have”

Symbolism means everything. Unless you know history of a symbol you’ll be lost. Why not use our symbols if they love America? Like the flag or the Statue of Liberty with raised torch to represent light and hope. Or the symbol of In God We Trust. As Christians our most loved symbol, the cross, is the most hated. But symbols of hate are loved.

Omar came under fire for her ignorant tweets about Jews paying members of Congress for support. Even Pelosi condemned her. So she apologized. Well not really. Not at all. And she continues to stand with those designated as terrorists. And the other 2 defend her. And she was placed on the Foreign Relations committee. What an absolute travesty. 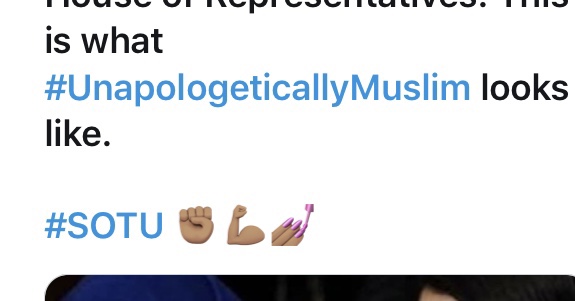 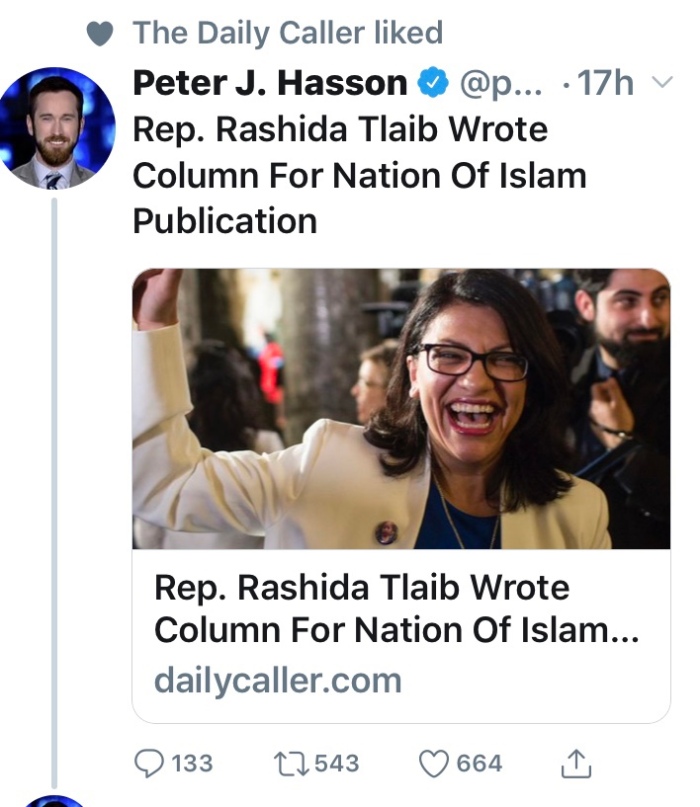 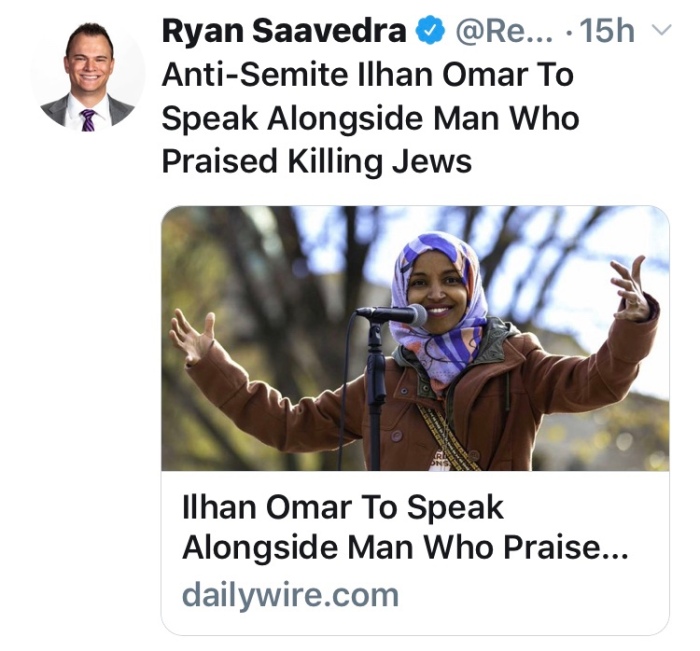 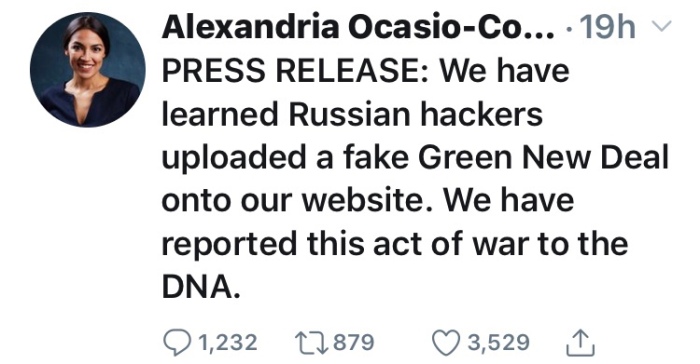 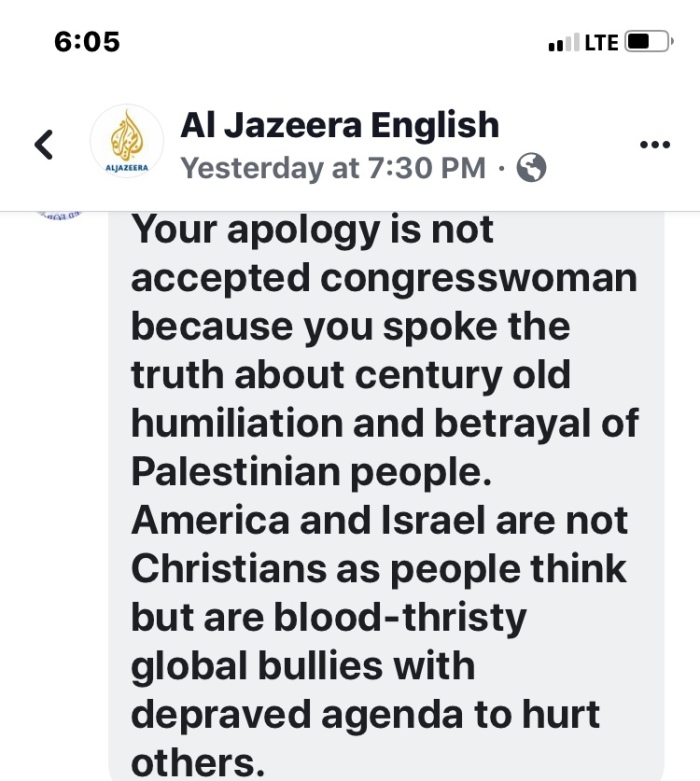 This ideology can’t find a breeding ground in our government. It has already emboldened Israel and America’s enemies. Brutal attacks continue in Israel, and Iran has threatened to destroy Tel-A-Viv. Russia pulled from the weapons treaty completely and has aligned with Iran. They view us as weak. Speak out.

Like Loading...
‹ The Pope Signs A Pact With Sunni Grand Imam
What Do The Women In White Stand For ›