Thank you Mr. President and those lawmakers who have the courage to stand against murder of infants.

As I scroll over news reports about the President’s SOTU address, I might add that it was actually historic. Regardless of what you think of President Trump you have to admit that he has brought Christian values back into the Capitol. His statement about abortion was brilliant. All born and unborn are made in the image of God.

Now the party of lies, hatred and death sat as the puppets of satan that they are. All dressed in white, they say, was for women’s suffrage. But appear more like brides of satan.

In fact my first thought while viewing this picture was straight from the word of Christ:

“Brood of vipers! How can you, being evil, speak good things? For out of the abundance of the heart the mouth speaks.Mathew 12:34”

Thank you Mr. President for declaring abortion and infanticide an abomination. 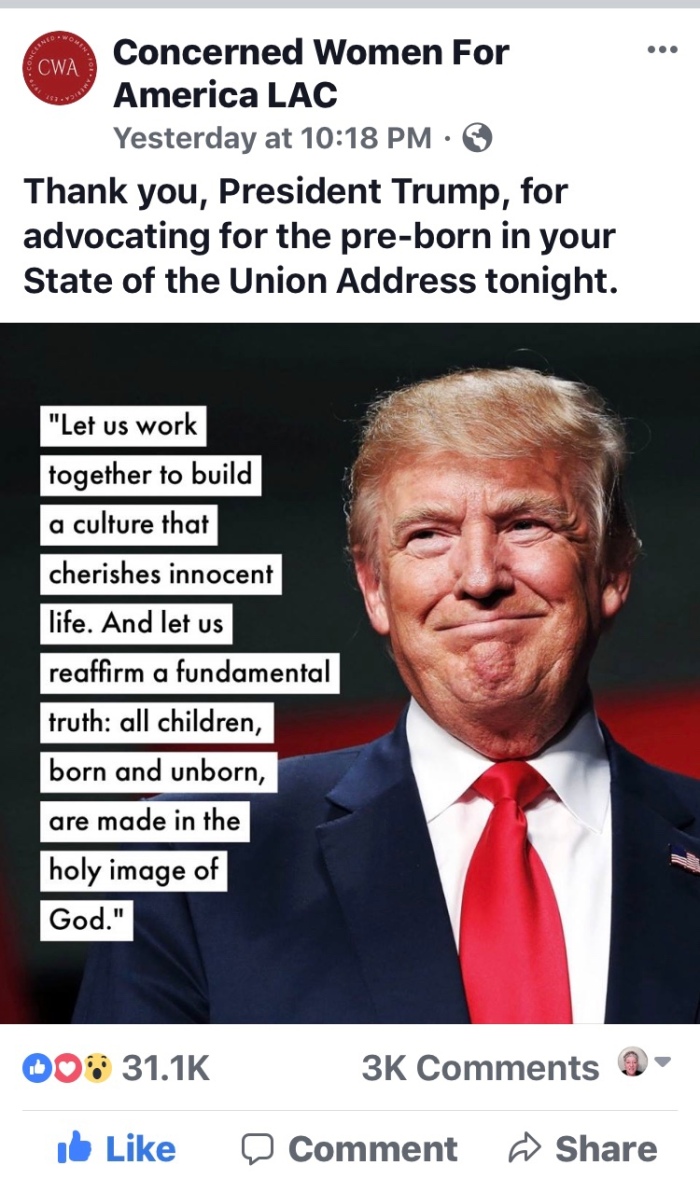 He also said “America will never be a socialist country.”

Of course that didn’t sit well with the likes of sanders and ocasio Cortez. I think it was Charlie Daniels who compared them to sour apples. And that’s just what they looked like. It was reported however that Pelosi clapped, she must have woke up from her nap and thought he said America would be a socialist country. The woman is indeed satans puppet. And then all the clanging cymbals went to work in the rebuttal declaring more lies from the shutdown. Everyone with eyes know that the democrats own that shutdown. They will never unite for the good of America. They don’t even know what the term suffrage of women means. Or what is was about. It was not so that babies could be killed. They made it about that.

“Women’s suffrage :(colloquial: female suffrage, woman suffrage, or women’s right to vote) is the right of women to vote in elections; a person who advocates the extension of suffrage, particularly to women, is called a suffragist. Limited voting rights were gained by women in Tuscany (since 1849), Finland, Iceland, Sweden and some Australian colonies and western U.S. states in the late 19th century. National and international organizations formed to coordinate efforts to gain voting rights, especially the International Woman Suffrage Alliance (founded in 1904, Berlin, Germany), and also worked for equal civil rights for women.”(Wikipedia)

I’m just shaking my head. But, there was a light shone in our dark halls of America last night. Because the light of God shown through the words.

The words declaring man was made in the image of God. And the call of action for lawmakers to shoot down the barbaric practices of murdering infants.

Speak out boldly, stand firm in the faith.