More Lies And Bigotry-“Be Ready To Give Your Defense” 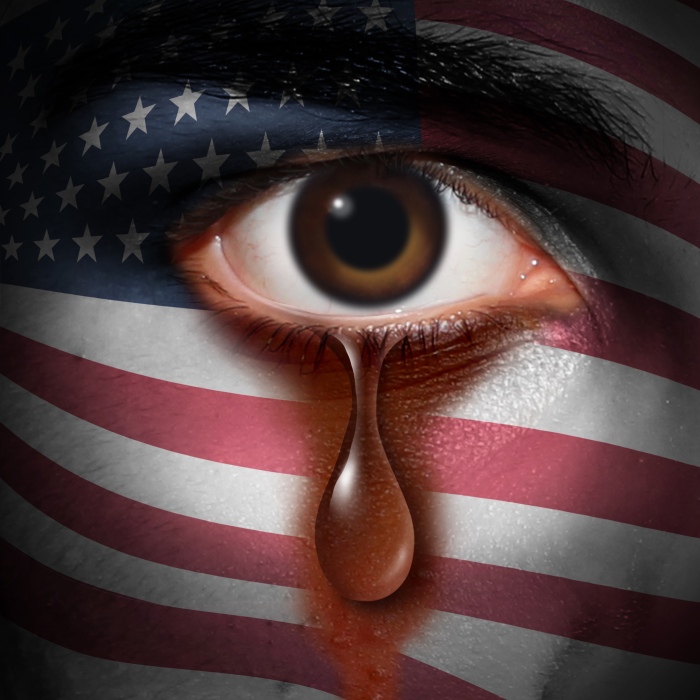 The age of the “great deception” and Anti-Christian bigotry has arrived and in full operation. Christ predicted this would be the case. From some lawmakers bigoted statements that discriminate against appointees for the Judicial system, or any system. Remember in 2017 when Sanders attacked a nominee for Deputy Director of the office of management and budget? It was hatred thrown to Christians.

The Atlantic reported that Sanders was angry because Vought wrote a statement standing with a Christian college who terminated a professor who stood with Muslims. Here is the quote Vought made from the Atlantic :

“Muslims do not simply have a deficient theology. They do not know God because they have rejected Jesus Christ his Son, and they stand condemned.”

This is the core tenet of the Gospel of Christ.

Sanders response from the Atlantic:

“In my view, the statement made by Mr. Vought is indefensible, it is hateful, it is Islamophobic, and it is an insult to over a billion Muslims throughout the world,

“This country, since its inception, has struggled, sometimes with great pain, to overcome discrimination of all forms … we must not go backwards.”

Sanders zeroed in on Vought belief from scripture that those who reject Christ are condemned (John 3:18) and in the end said this:

“I would simply say, Mr. Chairman, that this nominee is really not someone who is what this country is supposed to be about,” Sanders said. “I will vote no.”

Finally in 2018 Vought was confirmed “The Hill” reported this:

“The Senate on Wednesday confirmed Russell Vought as deputy White House budget chief by a 50-49 vote after months of keeping the nomination in limbo.

Vice President Pence cast the tie-breaking vote. Sens. John McCain(R-Ariz.) and mike Rounds (R-S.D.), were not present for the vote. “

Not the first time we have been labeled as bigots,racists,and islamaphobes. Will they ask those Muslim lawmakers the same questions? Their Holy Book condemns all who don’t believe even calling for their death. What about the newly elected Representatives that clearly denounce Israel?Hmm….We find ant-Christian bigotry and anti-semitism alive and well in America. But that is acceptable.

Jump to today and it’s erupting with more force. With the left attacking our Second Lady Karen Pence. She teaches art at a Christian school in Virginia and they are coming out in masse with claws to rip her apart. Why? Because the school follows its Christian teaching and discourages it’s employees from homosexual behavior. Yes, really. Anti-Christian bigotry at its finest.

Now the lies just keep coming. The latest lie? It came from “Buzz feed” a questionable site for news. It also has on its board an executive that once served the Huffington Post. One of the most liberal publications in America. They reported citing no real proof that Trump told Michael Cohen to lie to Congress. I was shocked to hear CBS and others report this proudly reporting it came from buzz feed. Without even investigating it. Well the special council actually made a statement saying buzz feeds report was not accurate. But the lie is already out there. This is exactly the tactics laid out in the lefts holy book “Rules for Radicals” and the propaganda machine from WWll.

And it grows darker by the day. The women’s march taking place today is steeped in anti-semitism and Anti-Christian bigotry. The leader refuses to condemn Louis Farahkan and his racists,bigoted opinions. Even Debbie Wasserman Shultz has distanced herself from this March voting the leaders refusal to condemn Farrakhan. That’s bad when those affiliated with wicked morals even recognize the dark demonic forces at work.

In essence they have bowed to a monster they can not control.

If Christians refuse to speak out as in the past decade we will be silenced. Silencing Christians and conservatives is their goal, we must speak out.

And do not be afraid of their threats, nor be troubled.” 15 But sanctify the Lord God in your hearts, and always be ready to give a defense to everyone who asks you a reason for the hope that is in you, with meekness and fear; 16 having a good conscience, that when they defame you as evildoers, those who revile your good conduct in Christ may be ashamed.

Have nothing to do with the fruitless deeds of darkness, but rather expose them.