When lies, deceit,and wickedness are in full attack mode who are you going to call?

God is present in the company of the righteous.

6 You evildoers frustrate the plans of the poor,but the Lord is their refuge.

According to The Daily Wire, the FBI has announced that a terror plot of mass destruction was foiled by them this week. And it was reported by the Washington Examiner that prayer rugs used by Muslims were found on ranches close to the border. It’s been said for some time that islamists are infiltrating there.

So what does all this have to do with prophecy? Everything.

Wickedness will spread so rapid that the love of many will be gone. (Mathew 24:12) Or as we’re seeing today, turned into hatred.

The vile abominations and hatred we are witnessing today is prophecy. Every day new headlines reveal this. Even those that side with the wicked are stunned. 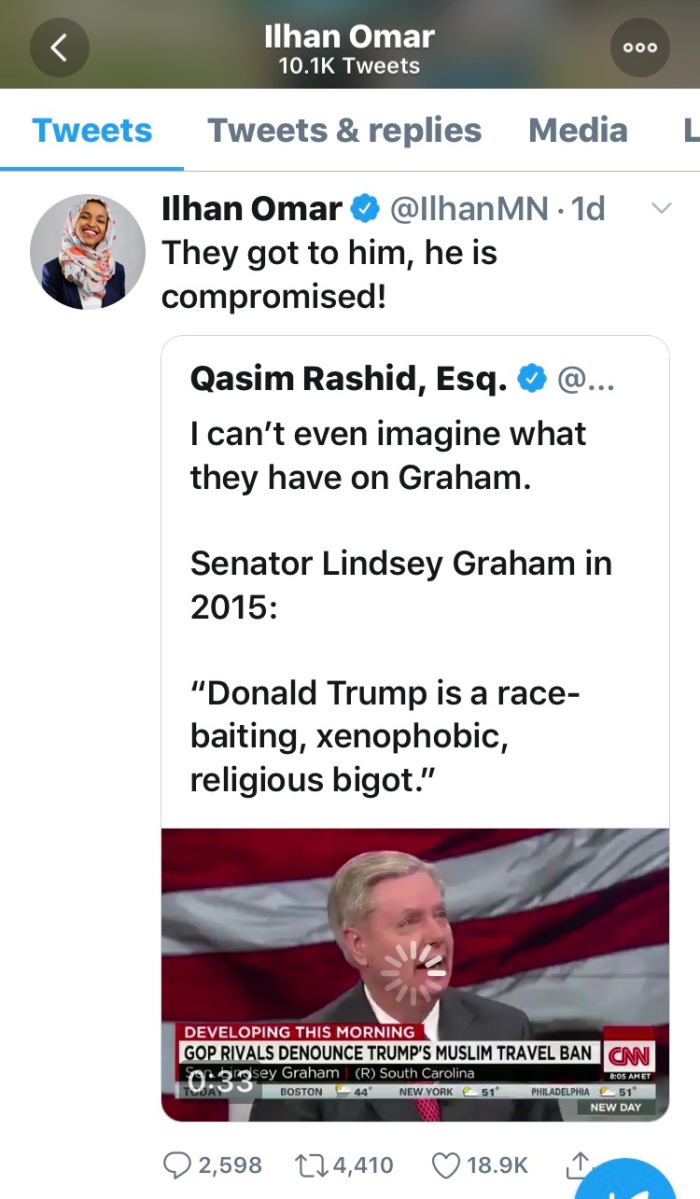 During the 2016 campaign words with the Republican candidates were very heated even vile at times. But at the end they accepted the people’s choice and supported that choice, unlike the dems.

Now, some have jumped on board hinting that he is homosexual. So now the finger pointing and lies begin, hatred grows and pretty soon no truth is found. Then there’s this one from the dems. This letter appears to be written to a Senator asking for her to remove them from her political chess game, but they twisted it to “its Trumps fault. ”

Blaming temper tantrums? The only temper tantrums are from the vitriolic dems and the left. President Trump has begged for them to come to the table. And they refuse. Can we sanction congress for not doing their job?

Well there are so many head shaking moments in the news today but you get the idea. Omar has joined Tlaib and Cortez in demonizing Israel as well as destroying the fabric of America, one string at a time.

Gods will is ultimate here and it will be fulfilled as prophesied. During this darkness remember Daniel’s words:

Go before God and plead as Abraham did in Genesis 18: Then Abraham approached him and said: “Will you sweep away the righteous with the wicked?

“What I say to one I say to all watch”

Like Loading...
‹ DSA Unveiling And Coming Out In Force-But Do They Have America’s Best Interest At Heart? Facts Say No
More Lies And Bigotry-“Be Ready To Give Your Defense” ›