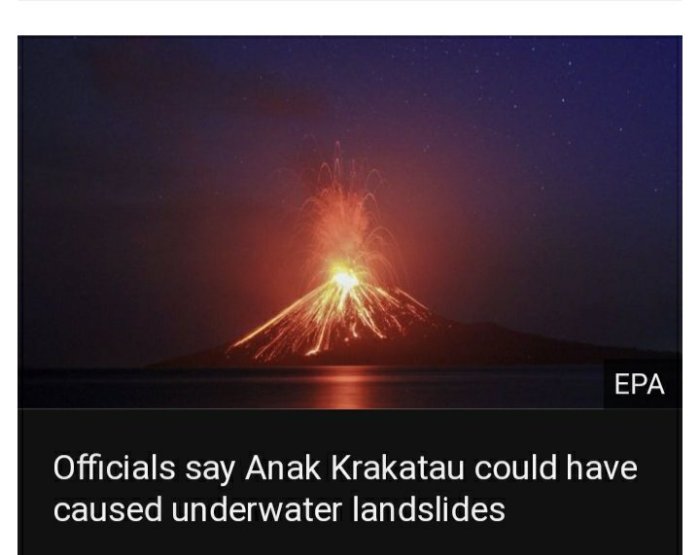 My heart and prayers are with the people of Java Indonesia as yet another disaster has hit them. So many disasters in 2018, weather,earthquakes,volcanoes,and devastating fires, across the globe.

The “ring of fire” is active all around, from the US to the east. Last week Russia was hit with a 7 point earthquake, Alaska was hit with a large quake causing damage, no tsunami or deaths were reported with either. At least 2 volcanoes were reported active, the one in Indonesia and one in Mexico. Even in the US Tennessee has had quakes with the latgest being a 4.4. Reuters also reported that there was no warning, no tremors and that the eruption didn’t appear to be that large.
(Reuters) “According to a statement from the Meteorology, Climatology and Geophysics Agency (BMKG), Krakatau erupted at just after 9 p.m. and the tsunami struck at around 9.30 p.m. on Saturday.” 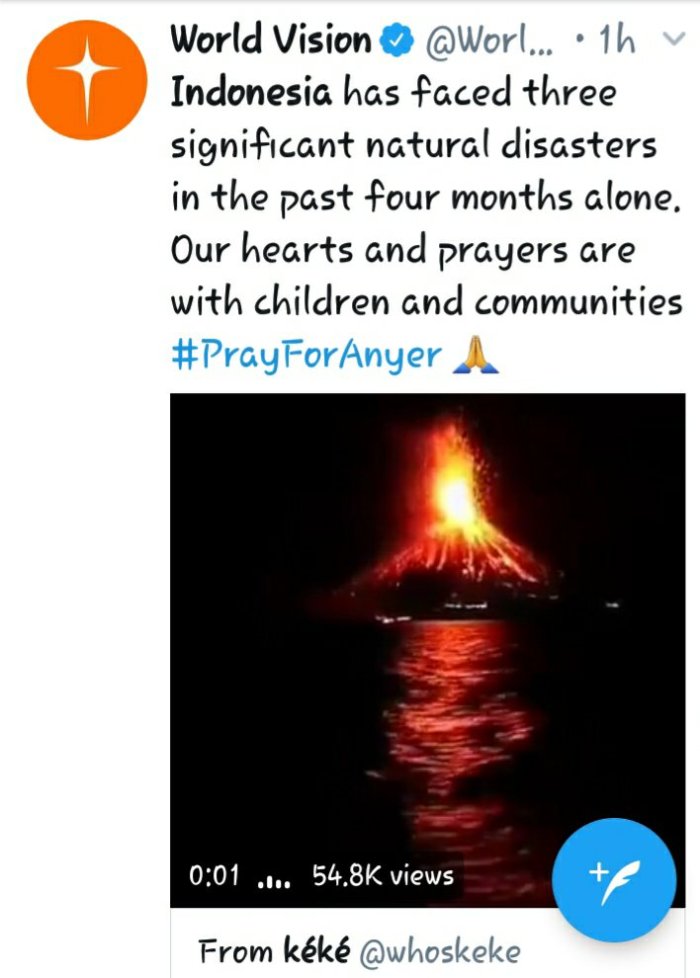 AP reports 168 are confirmed dead. The numbers will likely rise. The tsunami took everyone by surprise, including a band that was giving a concert. It swept them off the stage.
AP reported “In September, more than 2,500 people were killed by a quake and tsunami that hit the city of Palu on the island of Sulawesi, which is just east of Borneo.” 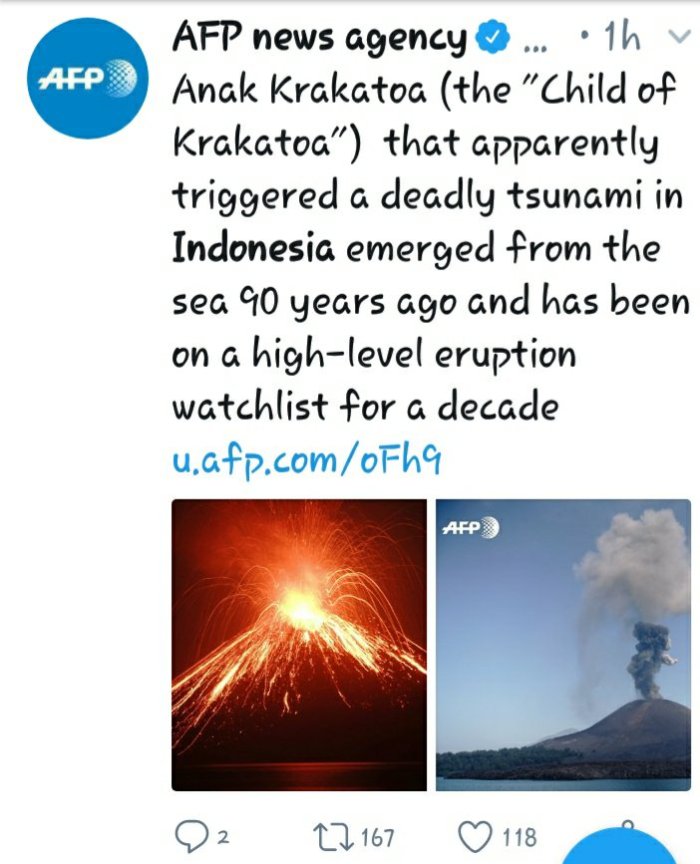 Stay strong, and stay close to God. Pray for protection.

Like Loading...
‹ Looking Past The Trees To See The Forest
Schumer Shut Down Act 2: Treasonous Dems Refuse to Secure and Protect America’s Southern Border ›