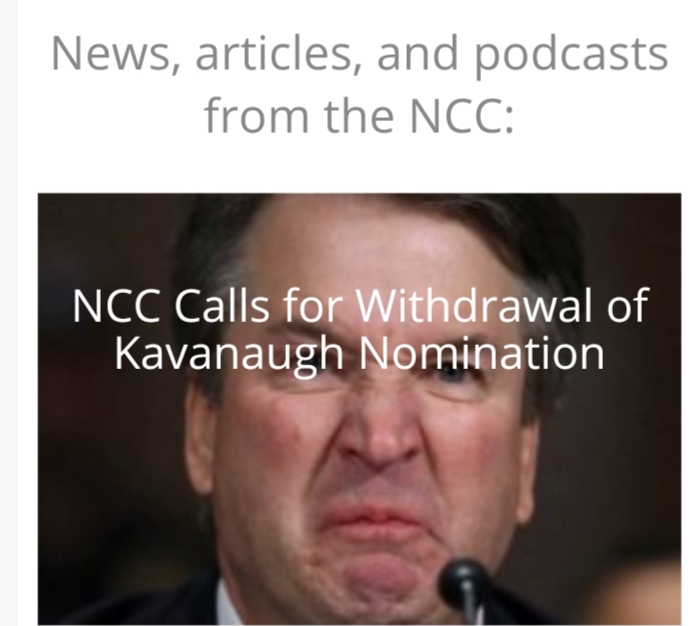 My heart is very heavy today. I have been writing for years calling for the church to speak out, to speak out against the world, against persecution, against abortion, and a host of other sins and evils.
Well it appears that a large number of churches have continued in their collective silence, and we all know why. The love of money, prestige and the love of the world. But now the National Council of Churches has suddenly found a voice. And you wont believe what they’re saying. Let’s start with their website. First and foremost is the statements on Interfaith. They have completely fallen, fallen to the new age, all path’s lead to heaven doctrine and while they do say that many Christians still abide by the scripture where Christ proclaims to be the only path to heaven, they twist and turn the entire Gospel to point out that all are equal and all are not centered on Christ, but hey this is not a bad thing. It has more turns and twists than a mountain goat path.
They have no official policy on abortion, or other sins. They completely back the government. They call for funding to UNRWA to be re-instated, even though it has been proven to promote anti-semitism and violence. It’s impossible to list all the liberal agenda thay have adopted. Climate change, interfaith, and others including a statement and movement against racism, which I think could be a good idea. We’re all against racism. However they take it to a whole new level. Their statements include the sins of Christians in war, slavery and the killing of Jews, and Native Americans. Oh the list goes on and on. Reading their statements is like listening to the talkshows of MSNBC or the view. I kid you not. They use the creation as part of their interfaith dialogue pointing out that, and I didn’t quite understand this, or rather this statement sent chills down my spine; they say Adam showed the first bias when telling God that the companion he gave him was the reason he sinned against God. I’m still letting that sink in. But it’s twisted.
What’s amazing to me is how many churches that used to speak out and help to shape policy like several Baptists associations and the Evangelical Lutheran church is part of this liberal nonsense. it’s very dangerous, and a slide into perdition.
They have a long list of PHD’S and theologians that all claim to be able to interpret the Bible so we can understand God’s word. Yes they do. That alone would be enough to turn me about and run like I was on fire, but don’t take my word for it, visit their website but I caution you, to pray first and ask for strength and guidance or their convoluted twist will confuse, which is the purpose of the Great Deception. It’s here in the here and now and the body of Christ had better wake up.
Ok now, what started this with me? They have come out with a statement condmening Jutice Kavanaugh and calling for his removal. Their reason?
They say that they believe he has disqualified himself from a lifetime appointment and must step aside immediately. There you have the begginning of anti-Christian bias. They don’t want him for life. But let’s look at the rest of the statement. They make note of several reasons, and I might add none are backed by facts and show a clear bias against traditional Christian values. But here they cite that during his ppearance before the Senate Judiciary Committee, he exhibited extreme partisan bias and disrespect towards certain members of the committee and through this demonstrated that he posses neither the temperament nor the character essential for a member of the highest court of the nation. Let that sink in, because he called out certain democrats for character assassination and defamation he is unqualified. They also state that his testimony included several misstatements and some outright falsehoods, some in relation to accusations of sexual misconduct. My, my they have accused him of lying without stating what he lied about or providing proof.   I thought not bearing false witness was at the tenet of Christian belief. But we have unfounded accusations from a Christian organization. They go on to cite that his extensive judicial and political record is troubling with regard to issues of voting rights, (which translates to he most likely doesn’t support illegals right to vote), racial and gender justice (which translates to he must hold to Christian beliefs about marriage and gender), or health care, (which is a universal term for those who think abortion is a right). At this point I think I should point out that while they exude themselves to have Christian values and promote tolerance they have no official position on abortion, nor have they ever spoken against it.
They also say he cares nothing about the rights of people with disabilities but again refuse to cite why they make that statement. Also citing he cares not about environmental protections, (which translattes to global warming). They then say this all leads them to believe that he cannot be an impartial justice in cases that are sure to come before him.
Lord have mercy. If you can’t see what is transpiring here, then you are blind. I don’t know why I’m so shocked that a Christian fellowship would stoop to this, but I am. It’s hard to watch the fall of the church and the great deception unfold so rapidly. Yet that is what is happening. Look at the list of denominations that belong to the NCC and it will curl your hair.   Read their statements on interfaith and their other statements.  They have fallen to the world and one global religion, and are coming after everyone with traditional Christian values. This should frighten every one of us. It should be a wake up call for the rest.

I ask the question “Will He find Faith on His return? Now is the time to speak up and speak out. We were placed at this moment in time to defend our faith and our rights. We have to get this right, our eternity depends on it. Will you take the mark of the world and it’s church? Or will you take the mark of Christ. I am with the Apostle Paul, I have the marks of Christ on my body.
Galatians 6:17
From henceforth let no man trouble me: for I bear in my body the marks of the Lord Jesus.
What say you?