Home › attacks on Christianity › The Accuser Of The Brethren

The Accuser Of The Brethren 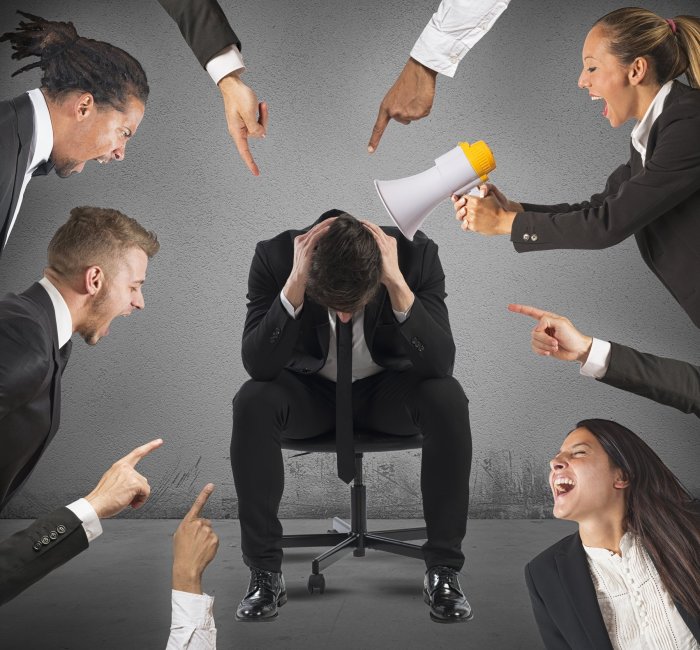 Monday’s with Julia and CJ

According to a site called Biblical Archaeology satan actually means accuser. They have this to say: ” The noun satan, Hebrew for “adversary” or “accuser,” occurs nine times in the Hebrew Bible: five times to describe a human military, political or legal opponent, and four times with reference to a divine being. In Numbers 22, the prophet Balaam, hired to curse the Israelites, is stopped by a messenger from Israel’s God YHWH, described as “the satan” acting on God’s behalf. In Job, “the satan” is a member of God’s heavenly council—one of the divine beings, whose role in Job’s story is to be an “accuser,”

There was no one more accused and persecuted more than our Lord!Many times was He before people accusing Him,even when He was doing good when He healed the man with a withered hand and was told it was unlawful to heal on the sabbath (Matthew 12:10-16).
We too as followers of our Lord are accused and are evil spoken of because of the good we speak of in Christ (1 Peter 3:12-17).

Of course we know from Christ(Luke 10:18) and Revelation (Revelation 12:12) that Satan has been thrown out of heaven and resides here. And woe unto the earth.

Satan and his demons are powerful in manipulation, temptation and accusing. He loves to remind us of things forgotten by God, he loves to tell is we are worthless, even saying your ugly, your fat, your skinny, your not worthy. He loves to accuse God, telling us God doesn’t care, God doesnt exist, there are many Gods etc. He not only causes people to fall, he causes them to attack and destroy others using lies, gossip and false circumstances. He offers power to those who believe him. We can see this exploding today right in front of our eyes. If you feel your living in an alternate universe, we are. We’re living in the accusers reality. We can choose to follow the father of lies or the light of truth.
Satan worked through people even and most especially while Christ hung on the cross. Mocking and taunting him its very clear it was satans words in Matthew 27, when they said, “if your the Son of God come down from the cross and save yourself.” That was satan speaking through those at the cross. Oh yes they allowed satan to speak through them and raise doubt. But in the end even the centurions knew who Christ was. Satan had no idea that Christ would live, he had no idea Christ would reign supreme or did he? Thank God Christ resisted satan. Proving once and for all that satan was not above God. So satan did the next best thing, he could do. And that was release his minions and crawl the earth spreading lies and accusations. Death and destruction to those who believed and pulling as many as he could into his hell.
Until Christ returns, and we will have a front row seat to witness his fate: (Revelation 20:3) And cast him into the bottomless pit, and shut him up, and set a seal upon him, that he should deceive the nations no more, till the thousand years should be fulfilled: and after that he must be loosed a little season.
And then again after our thousand uear reign: (Revelation 20:7-15) And the devil who deceived them was thrown into the lake of fire and sulfur, where the beast and the false prophet are too, and they will be tormented there day and night forever and ever.

Pray your name is found in the book of life, or your fate will be the same.