Home › Mis-information › Congress Needs to Get a Backbone, Jeff Sessions Needs to be Fired, and the Democrats Need to be Seen for What They Really are: Treasonous Self-Serving Criminals

Congress Needs to Get a Backbone, Jeff Sessions Needs to be Fired, and the Democrats Need to be Seen for What They Really are: Treasonous Self-Serving Criminals 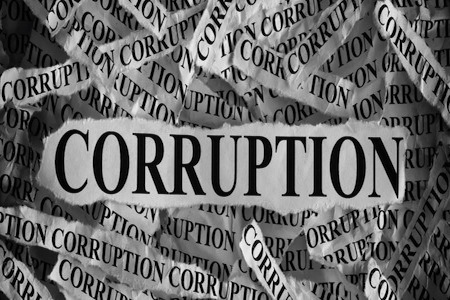 (The Olive) Someone please help me to understand. Why is Jeff Sessions still the Attorney General? Why does Congress allow the constant stonewalling on requests for information from the FBI and the DOJ? Congress does remember it has oversight power and responsibilities concerning these departments right? I’m beginning to wonder.

In this writer’s opinion, Jeff Sessions is an elitist plant – Sessions is surely not at the DOJ to take care of business as far as it relates to the Obama era criminal corruption. If Sessions was a serious part of team Trump:

Rod Rosenstein and other top officials at the DOJ should be fired immediately and brought up on criminal charges. The same should happen with leaders in the upper echelon of the FBI. It is abundantly clear that the Obama administration knowingly allowed an illegal investigation into the Trump campaign based on a false premise (the Steele dossier) while also using said uncorroborated dossier to obtain FISA warrants and even had a spy within the Trump campaign organization.

After Obama left office, his cohorts within the FBI and DOJ were still attempting to bring down the presidency of Donald Trump. For example, why have Peter Strzok and Lisa Page not been indicted for interfering in the 2016 election? Why has Bruce Ohr and his wife Nellie not been brought up on charges? Why have Peter Strzok and James Comey not been charged in the obvious scheme to let Hillary Clinton get away with a serious crime?

The Democratic Party under the influence and leadership of Barack Obama and Hillary Clinton has committed serious crimes – some would say treason. The FBI’s dismissal of Hillary’s private email server fiasco alone is a serious crime. The wording used in then FBI Director James Comey’s exoneration letter to describe what Hillary did was changed, because the original wording used in the report on Hillary’s misuse of a private and illegal email server – declares Hillary’s actions to be a felony. It would be difficult for a felon to run for president now wouldn’t it?

Hillary being the Democrats only hope to continue the reign of Obama’s far left policies, and thereby the continuation of the U.S. being brought into the New World Order – had to be protected at all costs. What is really ironic here is that while the Democrats and their allies were committing all kinds of illegal acts to protect Hillary, these same people were pointing the finger at Donald Trump and screaming Russian collusion. Hillary even went so far as to claim that investigating her would be “a disastrous step into politicizing the Justice Department,” and “such an abuse of power.”

While the Dems screamed election tampering by the Russians and the Trump campaign – the Democrats were busy tampering with elections for real. Hillary and the DNC made sure that Bernie Sanders had zero chance of winning the Democratic nomination. Hillary and the mainstream media colluded to make it look like Hillary was far more popular then she really was. Dead people voted for Hillary, illegals voted for Hillary.

Nevertheless, Trump is the bad guy and needs to be impeached. The media hates Trump and so do the Obamas. I recently wrote an article comparing the Obamas to the Trumps – there is no comparison. Obama’s “accomplishments” were to bow and scrape and apologize for the U.S., while doing his best to trash this country from the inside out. All the while colluding with Hillary Clinton in criminal acts to stop Donald Trump from becoming the president.

The REAL deplorables are the Democrats and their blatant disregard for the rule of law, the U.S. Constitution, their serious lack of care and concern for the people of the U.S. – while putting the “rights” of illegals ahead of their own people! The welfare of illegals and refugees of compromised backgrounds are of much greater importance to the Democrats then the welfare and safety of the American people.

Actions speak louder than words – the Democrats have made it abundantly clear that maintaining their power is of paramount concern regardless of the consequences to the American people. Why do people, especially the blacks stand behind these vermin? What have the Democrats done for anyone?

All those who back the Democrats because they want the free government handouts the Democrats keep promising – like free healthcare, free college, and a free universal basic income, well they deserve the consequences that will come from such blatant stupidity. The rest of us however do not.

The rest of us realize that someone has to pay for all of those items. We further realize that we are in serious debt, and money does not grow on trees. We also realize that Democrats will break any law to get what they want, while the media will help them to cover it all up. Democrats will and do support legislating from the judicial bench as a way around the law and the Constitution. Democrats support communism and socialism – keep in mind here that those who are at the top of the food chain are the ones who benefit from socialism and communism. Now – who do you suppose those at the top will be? If your answer was the Democratic leaders, you are correct.

The Democrats have said two things will happen for sure if they win a position of power in the House and Senate in the 2018 midterms – the Dems will raise your taxes back up, and they will impeach Donald Trump.

Anyone voting for a Democrat is voting to have their own taxes raised, they are also voting for a continuation of corruption like we have not seen in decades.

As for impeaching Trump – there is one small problem with that. To impeach the president there needs to be a crime, there is no crime. This demonstrates the Democrats desperate attempt to get rid of Trump because he is exposing their criminal behavior, bettering the U.S., making the U.S. respectable on the world stage once more, keeping his campaign promises, and refusing to play ball with all the dirt-bags in Washington D.C. and elsewhere that have their fingers in the, lets make me rich pie.

The left prides itself on tolerance; accept that they really do not have any tolerance. If you toe the line and do and say as the political left dictates; accept gay marriage, abortion, be politically correct, accept that there are many multiple genders, vaccines are good for you, natural medicine is a lie, God is evil and Islam is peaceful and good, and ALL who want to come to the U.S. should be allowed to – you are accepted.

If on the other hand you – believe in Jesus Christ, celebrate marriage as one man and one woman, believe there are only two genders and that they are actually different from one another, believe abortion is murder, believe in the rule of law for all as well as the validity of the Constitution, are FOR gun rights, think natural medicine is effective and vaccines are dangerous, believe in free speech, believe in LESS government, believe Islam is dangerous, and are against illegal immigration and unlimited immigration and are for merit based immigration, then YOU are not accepted.

See how that works?

Speak up America before it’s too late.