Home › Christian misconceptions › Why Are We To Support Israel?

Why Are We To Support Israel?

By Julia and CJ

Recent events with Israel have brought many questions into view.

Why are we as Christians supposed to support Israel? The answer is simple really. Several years ago, I bounced between replacement theology, dual covenant theology, and dispensationalism. I knew that I didn’t and couldn’t relate to replacement theology because of the way I was raised. But as I searched the other 2, confusion set in.   I decided to spend time in prayer and asking God just what in the world were we suppose to do with Israel. You see, the left behind novels and the dispensationalists believed that Israel was the center of our prophecy. And the key to unlocking the prophecies of Revelation and the end times. 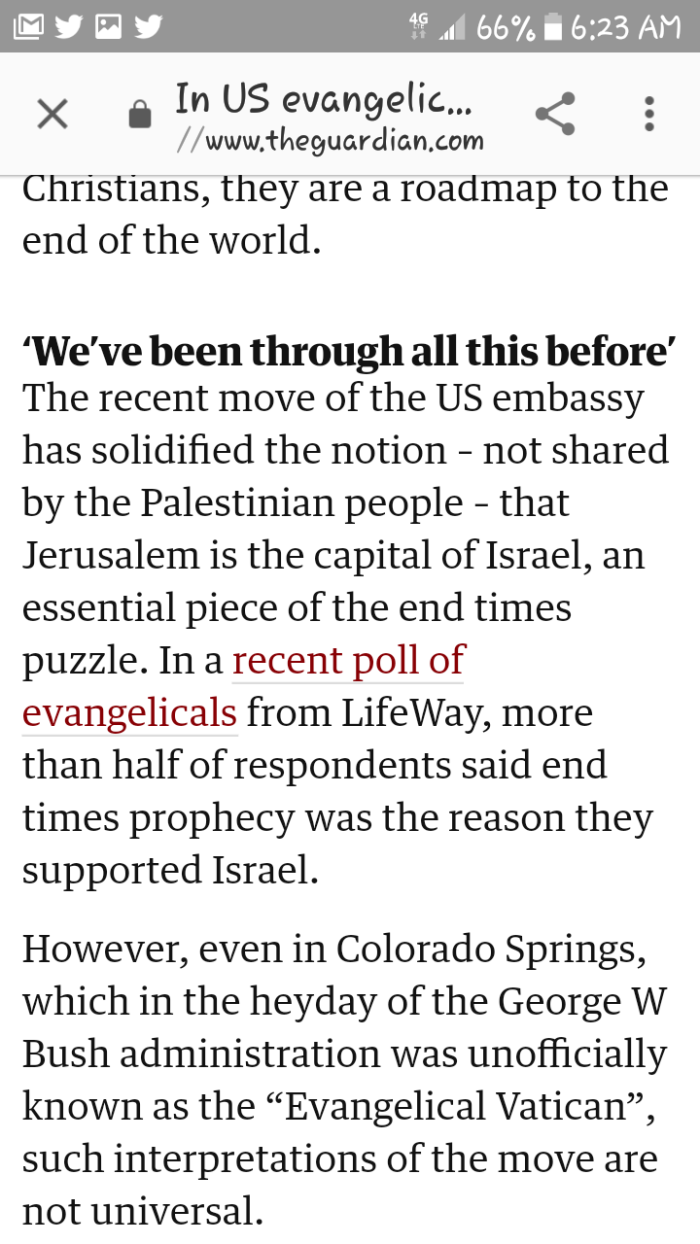 Screen shot from an article, showing how Christians are portrayed in support of Israel

While Prophecy is centered around Zion, there are misconceptions here.  Anyway, I spent about a year asking God this question getting only small bits of information, until one day, I was praying and opened my Bible straight to Paul’s teachings on Israel. Romans 11. This chapter also gave warning to us as to what would happen if we rejected Israel. “But they were broken off because of unblief, and you stand by faith. DO NOT BE ARROGANT, BUT TREMBLE. For if God did not spare the natural branches, He will not spare you either.” You see because of their rejection the world was brought in through Grace. He goes on to explain that he does not want us to be ignorant. “Israel experienced a hardening in part until the full number of the Gentiles has come in, and in this way ALL Israel will be saved.” Read Romans 11:26-27. In verse 28 Paul says that “as far as the gospel is concerned, they are loved on account of the Patriarchs, for God’s gifts and his call are IRREVOCABLE.” He explains that once we were disobedient, but have received mercy. He will have mercy on them! Paul’s ending thoughts were recited:
“Oh, the depth of the riches of the wisdom and knowledge of God! How unsearchable His judgments, and His paths beyond tracing out! Who has known the mind of the Lord? Or who has been His counselor? Who has ever given to God, that God should repay them? For from Him and through Him and for Him are all things.
To Him be the Glory forever! Amen.”

God never breaks His covenant or promises He has made with His people. The Israel of God are those who love and fear Him, and serve the God of Abraham, Isaac, and Jacob who God has renamed Israel(Genesis 35:10-12).
Israel is Gods inheritance and the day will come when Israel will be by prophecy the third party with Egypt and Assyria as they will be a blessing in the land!(Isaiah 19:23-25).

I wonder why prophecy scholars havent revealed Gods peace plan?  The answer isn’t as some would have us believe, because Israel has to be re-established before Christ returns.  Prophecy has become a money making tool for so many.  And has caused many others to fall from faith because of false interpretations and they have given up watching for Christs return.

The dual covenant theory has a bit of truth in it, as God’s covenant with Israel is forever. Even though He will judge them. The key is He will judge them. We are to take care of our grafted branch so as to not have it removed. In so doing we are to spread the good news of Christ. Yes, politically correct people today deny that we can spread this good news to the Jews. But just as the Apostles preached to all so should we. Always letting our light shine. Adopting an attitude that we don’t have to tell the Jews about Christ is dangerous. After we share with them, if they then refuse to accept it, than that’s on them.  And as Christ said, if anyone doesn’t accept you, than shake the dust off your feet and move on. But as the Bible warns, if you prefer to follow the law then every tittle of the law must be followed. Every tittle.

After I read Romans, I read Galatians 6, and prayed again asking God if this was my answer. I felt comfortable with these passages and accepted them as my answer. Israel and the Jewish people are God’s people, and God will judge them, and His plan will prevail. It also tells us that every knee shall bow and every tribe will mourn when they see the one they pierced.

Christ said to the Pharisees that He had longed to be able to gather Jerusalem to Him as a hen gathers it’s chicks. But they would not allow it. He then tells them “Look your house is left to you desolate. And that they will not see Him again until they say, “Blessed is He who comes in the name of the Lord.” (Mathew 23)
One reason that some are so fearful of sharing Christ or evangelizing as pundits call it is because of the way Jews were treated throughout the ages even being killed for their unbelief. This is and was an abomination to God and Christ.

News Pundits and many secular publications have taken to writing about what they deem as Evangelical Christians who support Trump and Israel because they think it will bring about Armeggeddon. This is the picture we are painting. Can’t we simply say “I support Israel, I stand with Israel, without pre-conditions or ideas? We are commanded to Bless God’s people. God Himself said He would Bless those who Blessed Israel, and curse those who curse them. Passage after passage show’s what God did to those who went against His people and what He will do to the Nations who try to {move} Jerusalem, and go against them today.  Gods plan will be fullfilled.

God’s judgement is just and true. He scattered the Jewish people among the Nations, and it culminated in WW11. It didn’t happen all at once, but God turned the hearts of Western Leaders and said enough. He told us never again, and the world responded with “Never again.” He used world leaders then, to bring His people back and He’s using world leaders today to accomplish His will. God has kept record of those Nations who hurt His people. Don’t think He hasn’t or doesn’t continue to do so.

We who believe this are labeled as Christian zionists. Zionism “Is a belief among some Christians that the return of the Jews to the Holy Land and the establishment of the state of Israel in 1948 were in accordance with Bible Prophecy.” All Christians should believe this. God prophecied that a Nation would be born in a day, and it was. From here it gets very complicated. Complicated because men sought to interject and provide a meaning other than Biblical. If you hold to the belief as many do that the Israel of today is not the Israel of God, than you must also say that Christians of today are not the same as the early Christians. And you know what, to a point you would be correct.  We see every day how far the church has fallen, for it’s almost unrecognizable today.

Darkness is again trying to destroy Gods people.  Not only in violence but by churning out propaganda in its finest form.  We cant even begin to tell about all the hatred, and conspiracy theories whole web sites are dedicated to.   With so much darkness being exposed even in our government its time to cut through the white noise, use discernment and knowledge from the Holy Spirit and focus on Him and the word of God.  Its time to pray for Israel, for Jerusalem and for the victims of terroristic regimes.

Again, we say, We Have One Job! To spread the good news of Christ. And again, we say, “We stand with Israel.”

2 “To the angel of the church of Ephesus write,

‘These things says He who holds the seven stars in His right hand,who walks in the midst of the seven golden lampstands: 2 “I know your works, your labor, your patience, and that you cannot bear those who are evil. And you have tested those who say they are apostles and are not, and have found them liars; 3 and you have persevered and have patience, and have labored for My name’s sake and have not become weary. 4 Nevertheless I have this against you, that you have left your first love.5 Remember therefore from where you have fallen; repent and do the first works, or else I will come to you quickly and remove your lampstand from its place—unless you repent. 6 But this you have, that you hate the deeds of the Nicolaitans, which I also hate.

7 “He who has an ear, let him hear what the Spirit says to the churches. To him who overcomes I will give to eat from the tree of life, which is in the midst of the Paradise of God.” 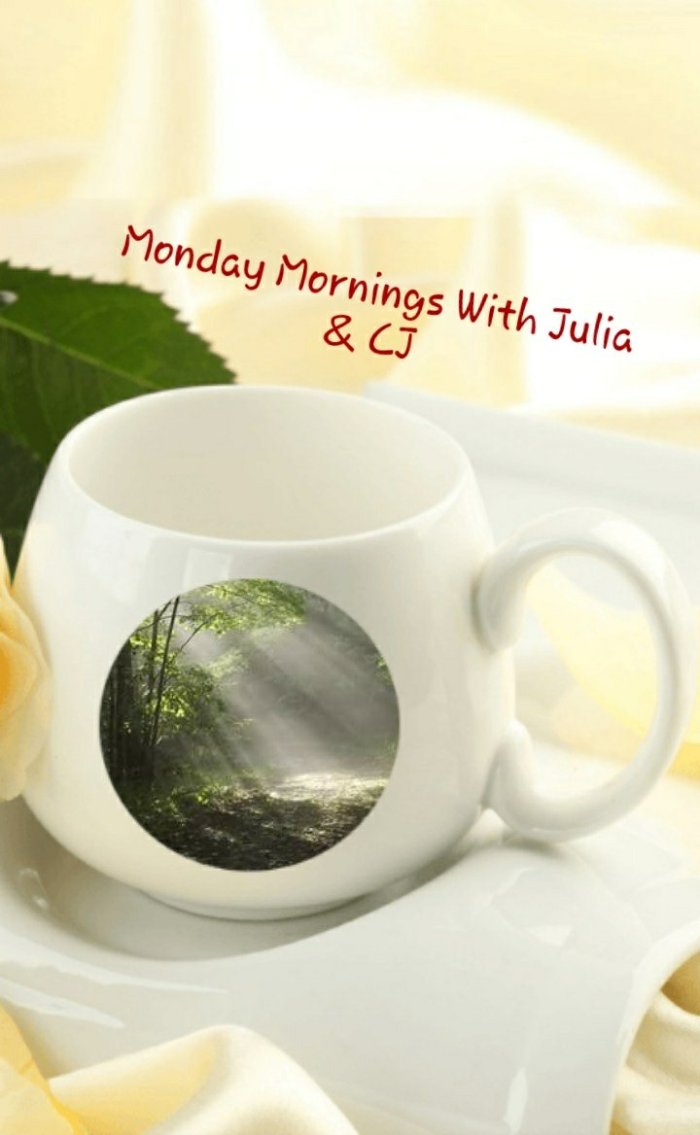