Home › gospel of Christ › The New Jerusalem, Future Home of The Saints, Those Washed in The Blood of The LAMB+

The New Jerusalem, Future Home of The Saints, Those Washed in The Blood of The LAMB+ 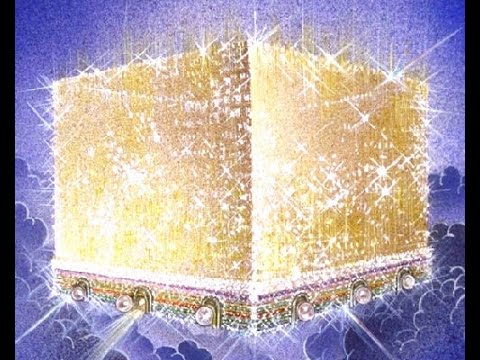 THERE YOU SHALL ALSO BE

This earth is not our home.  We are only here for a few short decades, then we are gone from here.

The earth is fallen and corupted and its inhabitants are in Rebellion against their Creator.

However, JESUS said , ” I+ go to prepare a place for you, so that where I+ AM there also MY+ Servant shall be.”

The Holy City which is The New Jerusalem, comes down from GOD out of Heaven.

A very detailed description is given of this Glorious Place in Scriptures. It is MUCH larger than most think. For instance, between the Gates into the City and the Angelic Warrior standing  at each gate there would be a long journey, naturally speaking.

The Ancient Church taught that during the Millennium those saints occupying this Beautiful place will be able to freely travel from the Holy City to the Millennial Earth, and to The Celestial Realm freely and with ease.

Remember, we will then have NEW bodies like HIS+ Glorious Body, and will be Reigning with HIM+ over the Millennial Earth.  We will have things to do as HE+ grants to us according to HIS+ will.

Travel for the Resurrected and Glorified Saints will be NO problem. We will move as the Angels move, as The SON+ of GOD moved after HIS+ Resurrection and Ascension.

The video below gives some interesting and surprising information from Scripture about the size and space of this marvelous City.

I hope it is a blessing to all who watch it.  Things are dark now on Rebellious planet earth,  but for the Blood washed followers of JESUS CHRIST, YESHUA ha MASHIACH+, the BEST is yet to come.

In a little while the darkness will be destroyed with the Brightness of HIS+ Glorious Appearing, and a NEW DAY will begin for HIS+ Children, all who have made a Covenant with HIM+ by Sacrifice+.

The former things will not even be remembered or come into mind. Amen.

The NEW JERUSALEM – MUCH BIGGER THAN YOU THINK!

But as it is written,

into the heart of man,

for them that love HIM.

Amen, Come LORD JESUS, in Flaming fire, to take back the earth and to give it to the Meek ones. Amen.

Categories: gospel of Christ, news, Signs in the sun moon and stars