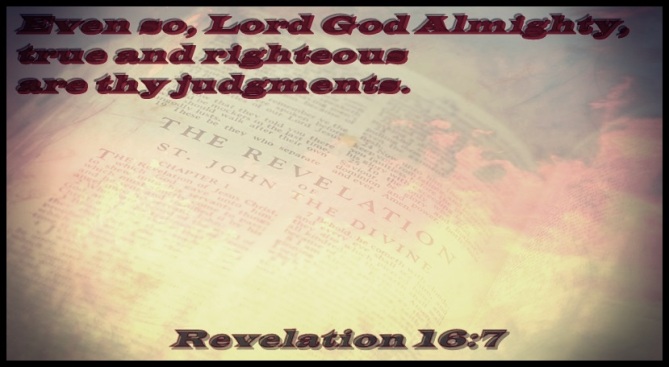 We find now after the judgement of the saint’s that satan is released from the pit and forms his army called Gog and Magog, which is as numerous as the sand of the sea to come against the camp of the saint’s who have just come through the thousand year millenium. Even though this army is huge God causes fire to come down from heaven and it devours them, and we then see the true awesome power of the God we serve and his protection over his people Israel! “And when the thousand years are expired, Satan will be loosed out of his prison, And shall go out to deceive the nations which are in the four quarters of the earth, Gog and Magog, to gather them together to battle: the number of whom is as the sand of the sea. And they went up on the breadth of the earth, and compassed the camp of the saints about, and the beloved city: and fire came down from God out of heaven, and devoured them”.(Revelation 20:7-9). This battle can be read of in Ezekiel Chapter 38 and 39. 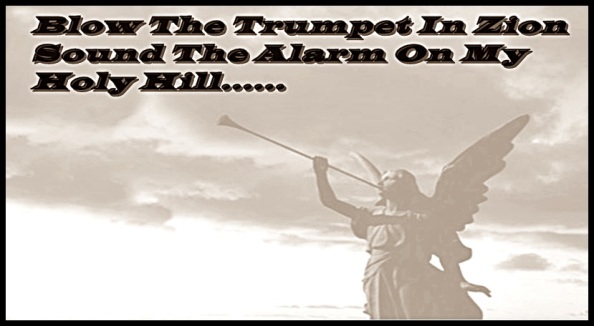 “Blow ye the trumpet in Zion, and sound an alarm in my holy mountain: let all the inhabitants of the land tremble: for the day of the Lord cometh, for it is nigh at hand; A day of darkness and of gloominess, a day of clouds and thick darkness, as the morning spread upon the mountains: a great people and a strong; there hath not been ever the like, neither shall be any more after it, even to the years of many generations. A fire devoureth before them; and behind them a flame burneth: the land is as the garden of Eden before them, and behind them a desolate wilderness; yea, and nothing shall escape them. The appearance of them is as the appearance of horses; and as horsemen, so shall they run. Like the noise of chariots on the tops of mountains shall they leap, like the noise of a flame of fire that devoureth the stubble, as a strong people set in battle array”.(Joel 2:1-5). 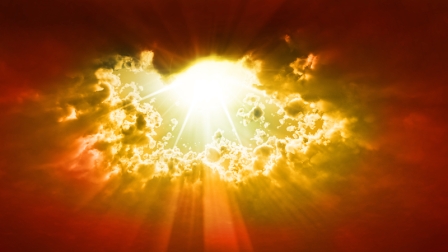 After this mighty war of which the saints of God prevails the devil is then cast into the lake of fire and brimstone and also the false prophet and beast are cast in as well. Then begins the Great White Throne Judgement and all the dead will stand before the judgement seat as the books are opened. “And the devil that deceived them was cast into the lake of fire and brimstone, where the beast and the false prophet are, and shall be tormented day and night for ever and ever. And I saw a great white throne, and him that sat on it, from whose face the earth and the heaven fled away; and there was found no place for them”.(Revelation 20:10-11).

It is important to note at this point about who are the dead that are about to be judged. Notice at this white throne judgement it is not the saints for that judgement has passed in the millenium. The dead here are the ones brought out of the sea, death (The Grave) and hell, they are now about to be judged for their works and whosoever was not found written in the Lamb’s book of life will then be cast into the lake of fire that is known as the second death and that would be anyone who would not after every opportunity to accept the truth of God and Christ would be blotted out. Moses even knew of such a thing as he spoke those very words so many generations ago as he stood in the hedge for many to God! “And Moses returned unto the Lord, and said, Oh, this people have sinned a great sin, and have made them gods of gold. Yet now, if thou wilt forgive their sin–; and if not, blot me, I pray thee, out of thy book which thou hast written. And the Lord said unto Moses, Whosoever hath sinned against me, him will I blot out of my book”.(Exodus 32:31-33). 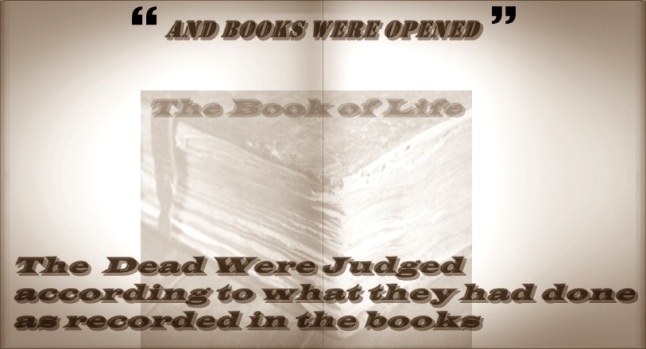 And I saw the dead, small and great, stand before God; and the books were opened: and another book was opened, which is the book of life: and the dead were judged out of those things which were written in the books, according to their works. And the sea gave up the dead which were in it; and death and hell delivered up the dead which were in them: and they were judged every man according to their works. And death and hell were cast into the lake of fire. This is the second death. And whosoever was not found written in the book of life was cast into the lake of fire”.(Revelation 20:12-15).