Home › Advocacy › A “Holy Month” That Brings Death And Destruction

A “Holy Month” That Brings Death And Destruction

Can you imagine our Celebration of Christ’s birth or death, or Passover or Purim, kicked off by killing others including children via suicide bombing?

That’s what Ramadan brings.  I’m sorry but it does.  This Islamic tradition has brought death and destruction for years.  From a religion that celebrates death. Its only promise of eternity comes if you die killing others.

ISIS militants on Monday claimed responsibility for a deadly nighttime bombing outside a popular ice cream shop in central Baghdad where families with children were enjoying a late-night snack after breaking their fast for Ramadan.
That happened yesterday.  Do an Internet search on suicide bombings during Ramadan and you will see the stark reality.  I cringe every year when the beginning of this Muslim Holy Month is announced.

Not only bombings, but beatings and shocking medieval punishments for those who eat at the wrong time, eat the wrong thing, or Christians simply opening shops.  In 2014 in Kermanshah, Iran, a non-Muslim was sentenced to having his lips burnt with a cigarette and five Muslims were publicly flogged with 70 stripes for eating during Ramadan.

And yet the world leaders all revel in the celebration.  It’s mind boggling.

It’s not a twisted doctrine, it’s in their Holy Book.  The only guarantee given by their God Allah into paradise is to die as a martyr.  There are many reports of Islamic Mothers proud and begging for death as a martyr for their sons.

Not even in the Old Testament does God’s word say if you die killing people that is the only way to paradise.  This is directly from satan.  To give honor to those who kill those that don’t bow to him.  How much more proof do we need?

Christ did not tell followers to go and kill all those who don’t believe in me.  Not even close.  Christ gave His life to ensure God’s promise of life eternal for all who simply believed.  Belief, love and faith, not death and destruction.  May God have Mercy on those aiding in this dark ideology and making excuses for them even saying we worship the same God.

And we are called phobic.  I want to make it clear I am not afraid of Islam.  I don’t have a phobia, I simply know the truth and will call it out.  It’s not of God, the Great I Am, the God of Abraham, Issac and Jacob.  They don’t simply worship different than we do.  Worshiping different would be not taking communion, or maybe even not baptising, or perhaps differing on a day of the week to worship etc.  You get the idea.  This is a totally erroneous and false doctrine and false God.  God didn’t throw a black Rock from the sky to worship and circle and kiss it commanding this be done yearly.  Hello!  God did not send an Angel to Mohammed to choke him into submission.  God did not send His word to Moses, or the Gospel of Christ in this so called  Holy Month as they proclaim.  This is so ludicrous it boggles reality.
It is believed that the Quran was first revealed to Muhammad during the month of Ramadan which has been referred to as the “best of times”. The first revelation was sent down on Laylat al-Qadr (The night of Power) which is one of the five odd nights of the last ten days of Ramadan.  According to hadith, all holy scriptures were sent down during Ramadan. The tablets of Ibrahim, the Torah, the Psalms, the Gospel and the Quran were sent down on 1st, 6th, 12th, 13th and 24th Ramadan respectively.
Pray during this month, pray for protection, pray for Muslims to come into the truth of Christ away from the heavy yoke of this false God.  Is it any wonder Christ said this: Take my yoke upon you and learn from me, for I am gentle and humble in heart, and you will find rest for your souls. 30 For my yoke is easy and my burden is light.”  (Mathew 11)

Or that Paul warned of this: But even if we or an angel from heaven should preach to you a gospel contrary to the one we preached to you, let him be accursed. (Galatians 1:8)

Or this: (Timothy 3)  But evil people and impostors will flourish. They will deceive others and will themselves be deceived.

14 But you must remain faithful to the things you have been taught. You know they are true, for you know you can trust those who taught you. 15 You have been taught the holy Scriptures from childhood, and they have given you the wisdom to receive the salvation that comes by trusting in Christ Jesus. 16 All Scripture is inspired by God and is useful to teach us what is true and to make us realize what is wrong in our lives. It corrects us when we are wrong and teaches us to do what is right. 17 God uses it to prepare and equip his people to do every good work.

Those are only 2 warnings, there are many.  Even John warns of those twisting and leaving the fold to follow another.  In 1st  John.

It’s time to wake up, for the Great deception, the Great falling away and even the Great tribulation has begun.  How will you respond?  Put on the whole Armor of God, this is why Paul explained this so we could know truth, take a stand and endure to the end!

One last thing, fasting is not commanded by God, while practised especially during the Judges period and 9th century BC, it was a religious practise to draw closer to God especially in repentance and supplication.  Jesus chastised the Pharisees for their  way of fasting.  As they contorted their faces with ash and sack cloth to outwardly proclaim this but inwardly were un-repentant.  Fasting is an abstinence of food period.  If you say abstaining from chocolate or something else is a fast, it’s  false.  Jesus fasted without food for 40 days, and he told the disciples some demons could only be cast out with prayer and fasting. The definition of fasting is abstaining from food.  Jesus also said this about fasting:

(Mathew 6:16) When you fast, do not look somber as the hypocrites do, for they disfigure their faces to show others they are fasting. Truly I tell you, they have received their reward in full.
Fasting is not commanded  or a requirement for repentance period.  I find it interesting that the demonic Jezebel practised this also.

During Ramadan, the way this fasting is done is so twisted.  They eat a huge breakfast, nothing until sundown, then they eat another feast.  You can’t make this up.  The name Ramadan is also intriguing.  According to Muslim web sites, it means intense  or scorching heat by the sun.   And because of this and the way in which the sun scorched sheep in Arabia damaging them, they decided that this celebration will burn the sins of the people. 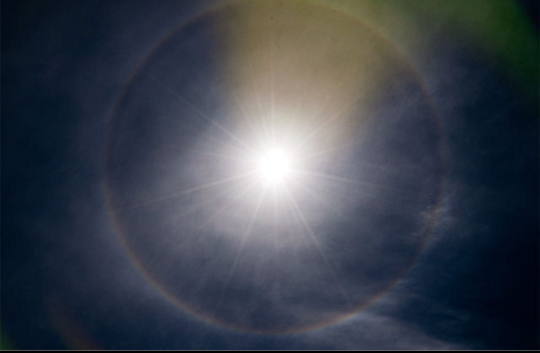 Seriously you can’t make this up.  So far from doctrine and scripture it’s blatantly obvious the worship of a false God.  And of course the good deeds done during this time also erases sin.  How sad is this belief.  Praying for more to come to God.