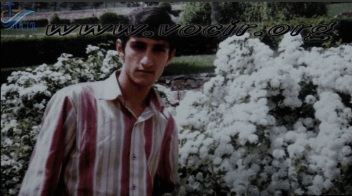 A Dear Christian Brother imprisoned in Iran, has written a very powerful letter to the Iranian Government, citing the failures by them to provide even basic things like fair wages, and cites the dwindling economy despite Iran’s rich land.

It’s well known that Iran finances terrorism and diverts funds to terrorist groups like Hezbollah and Hamas, and the Houthi rebels of Yemen.  Iran is a danger to its own citizens and threatens even world stability.

But it was this paragraph in his letter that made my soul cry out.  He said in speaking to the Government of Iran:

“Know therefore, no threats of arrests or restrictions that you enforce on Christians in prison can separate us from the love of God in Jesus Christ!  The attempts revealed of the Iranian Government to lay blame on our innocence, ruled by sin, but through Jesus Christ, we are justified and given the gift of Freedom.  It’s signed by My Dear Brother Ibrahim Firouzi.  Ibrahim has been caught in the vicious never ending circle of harrassment, torture, and imprisonment in Iran for the last 3 years.  He was aressted twice and even exiled for mission work.  Then rearrested for the same charge, adding Blasphemy and attempting to build a theology teaching ministry.  He recently received 5 years for false charges, and being a threat to the regime.

Iran signed the International Covenant for Human Rights in the 60’s and ratified it in the 70’s.  Which states freedom from abuse.  And yet the UN and world leaders are silent.  There are a group of Senators led by Bob Corker attempting to put a bill forward that holds Iran Accountable.  Pray they succeed.
Pray for Ibrahim and the others in Prison in Iran.  Speak out and share their stories.