Home › anti-christ › Learn From The Past Or Repeat It

Learn From The Past Or Repeat It

Only take heed to thyself, and keep thy soul diligently, lest thou forget the things which thine eyes have seen, and lest they depart from thy heart all the days of thy life: but teach them thy sons, and thy sons’ sons


There are very dark, evil demonic forces at work here in America and the world.  You need to know this.

Excuse me, but you need to know what your doing, and yes there are answers in God’s word for ignoring past mistakes and remaining silent.

I have something very important to say to MILLENNIALS and those NEW to America.  Those of us who grew to maturity in the 60’s and 70’s know full well what we are witnessing today and it’s very dangerous!  You don’t know what evil is present and has flourished.  The “weather underground” were domestic terrorists under the guise of protesting war, they, under the banner of students for democracy formed evil alliances with colleges and misguided youth promoting darkness and communism. 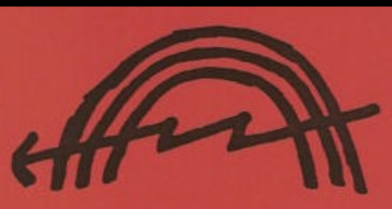 Logo of the weather underground fair use Wikipedia

The Clintons were a part of this movement, secret societies were formed, government buildings were bombed and names like Bernardine Dohrn, Bill Ayers and many others who obama used as advisors are rising yet again with the help of unknowing youth and New citizens.

Remember or maybe you don’t know what obama did with Dohrn or what she did.  First read this about the “Weather Underground”

Then there’s Anita Dunn another of obamas advisors but she slipped and told the truth about her hero Mao Zedong.  A man that slaughtered millions of his own.  My God, research and talk to those who know.  Before you help this domestic terrorism know what they are doing.  THEY ARE TRYING TO BRING AMERICA DOWN AND RESHAPE AND REWRITE OUR CONSTITUTION.  THEY ARE , IN REALITY DOMESTIC TERRORISTS WHO HAVE THEIR OWN AGENDA.

There are lots of ugly beasts from our past raising their ugly heads.  We must remember the lessons learned and tell them to our children, yes even our adult children who were too young to know, and those NEW TO AMERICA.  The security of our Nation depends on it!   The civil rights movement, the Union riots, and the unrest and beatings and killings that ensued.  Our parents passed on the horrors of both World Wars, and the Korean war, but we have done a great injustice by remaining silent about the ugliness of Vietnam and the chaos and ugliness of progressives in the 60’s and 70’s.  We were all happy to see that ugliness pass, it began with the assassinations of JFK and Martin Luther King, and grew darker from there.  Again by remaining silent we have helped this ugliness to grow and fester like a CANCEROUS TUMOR.

“Those who do not learn from History are doomed to repeat it.”