Home › Abortion › In A Broken War Ravaged World–“Where Is Humanity?”

In A Broken War Ravaged World–“Where Is Humanity?” 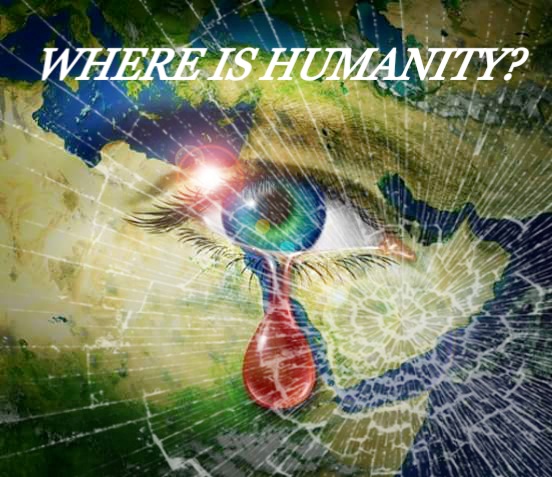 Where is humanity? A representative of the UNHCR (Melissa Fleming) asked that question today in a Facebook post.  What caught my eye though was her image she shared.  It was an image of rubble from bombing in Aleppo Syria.  It captioned “mother cradling infant with her son laying next to her frozen in the rubble.  Killed last night.

It came after the Fides report that the innocent school children of Aleppo were planning to pray on October 6th.  They Pray for the massacre of children to end.  Even pledging a petition to world leaders complete with their little fingerprints. 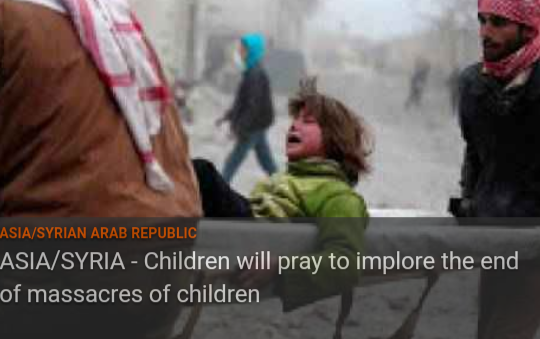 From the Fides Agency

This brought me to tears and agony for these precious souls.  Enough blood shed.  Enough slaughter. (Read more)

These precious children along with all the children in war ravaged areas across Africa to the East have looked into the bowels of hell straight into the face of satan.  Their vulnerable minds witnessing horror and evils that even a seasoned war veteran would have lasting effects from.

In a propaganda world of Western leaders I say enough.  We know what your doing in secret.  We know the world is more dangerous than ever and it’s “reeling like a drunkard.”   These precious children and innocents are not collateral damage in your proxies wars.  Wake up America!

I couldn’t stand the image of the mother and her children, so I commented on the UNHCR site with a cry for God to intervene, and pleas to speak out and share.  I was immediately met with a hate filled response by someone from another country, he said America is to blame for this with all of the failed foreign policies and proxies wars.  You know, I could not defend that.  I could only state that many Americans were aware of those failed policies and proxies wars.  We are not ignorant even though our government would prefer  that we were.  I said many are speaking out while we still have freedom to speak.  But his words cut straight to my heart.

I blame world leaders for turning a blind eye while seeking after greed, power and control.  God is watching.  I blame western Christians and churchs for turning a blind eye to this suffering and crime against humanity. I do blame those in power in America.  Obama with Hillary Cinton and John Kerry have committed dark deeds under the cover of darkness than any other.    Not only in foreign policy but in domestic as well, abortion, tearing down of marriage as God intended, promoting other Gods and denying the very God that blessed this country.  And the church has rolled over and even aided this in some instances.  Talk about shameful!

What’s more important is what God thinks:   They will hear the words from Christ, “Away from I never knew you!”

Wherefore by their fruits ye shall know them.

21 Not every one that saith unto me, Lord, Lord, shall enter into the kingdom of heaven; but he that doeth the will of my Father which is in heaven.

23 And then will I profess unto them, I never knew you: depart from me, ye that work iniquity.

Wake up America!  God’s word says wake up and arise from the dead you sleeper!

This is why it is said: “Wake up, sleeper, rise from the dead, and Christ will shine on you.”