Home › attacks on Christianity › We Must Not Remain Silent While Evil Ravages The Innocent!

We Must Not Remain Silent While Evil Ravages The Innocent!

I can not be silent, I gave God my word that I would shout from the rooftops and speak for those who could not.  And that is what I will do until God takes me home!

Yesterday our President praised the corrupt regime of Iran while it is the top human rights abuser in the Middle east.  Executing at least  hundreds this year.  While their current president Rouhani, who is touted a “moderate” By liberals has seen 2,500 executed by hanging on his watch!  Even boys under the age of 18 of which many are drug related offenses.  Something obama is releasing prisoners in this country for committing. (READ MORE)

We the people remained virtually silent while the darkness signed a treaty with this corrupt regime.  How shameful for America.  While the people of Iran live under oppression our government aides this terrorism.

The Iranian Christians and the innocent people of Iran need our voice and prayers. A recent convert was hanged, a dear sister is imprisoned there for her faith despite serious medical conditions. Journalists, pastors, and Human rights Advocates are regularly targeted in Iran.   Iran does not provide medical care.

Sunni Muslims are executed also for no wrong doing except they believe differently.

I have just learned the mother of a man (Ibrahim Firouzi) is in the hospital with cancer that has spread to her brain.

Ibrahim Firouzi was arrested and beaten because he converted to Christianity.  His mother has long advocated for him.

Quote from VOCIR :  “After Firouzi converted to Christianity, he was arrested on August 25, 2013 and convicted of evangelizing, colluding with “anti-regime” foreign networks, launching a Christian website, and, in short, working against the Islamic Republic of Iran.

Although his prison term was supposed to end on January 13, 2015, authorities continued holding him illegally, and on March 8 sentenced him to serve another five years “in very difficult conditions.”

Ibrahim  Firouzi Tuesday July/12/2016 Was beaten By Prison officials Before Transfer To Appeals Court and He is From the  Hand elbow Is  damaged.” (READ MORE) 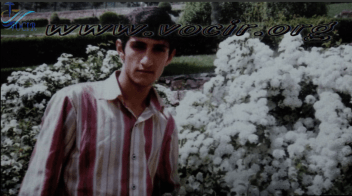 Ibrahim Firouzi, tortured, beaten and imprisoned for his Christian faith.

This brothers only voice is silenced as his mother is fighting for life also.

She is sufferring in a hospital with cancer.  We must speak out.  Share this mothers story for her son.  Tell our government it’s shameful to turn a blind eye to the evil carried out by Iran’s corrupt regime.

Saeed Abidini, a Christian Pastor who was imprisoned by Iran for 3 1/2 years for his faith,  stood in front of the UN yesterday and spoke to thousands of Iranian Americans protesting Rouhani’s speech.

He pointed out a question that we as Americans should demand an answer to.

How is shaking the Hand of Iran, who is committing Human rights abuses against its own people different than shaking the hands of ISIS?  I agree with Pastor Saeed Abidini, and these people.  Stand with them and be their voice. 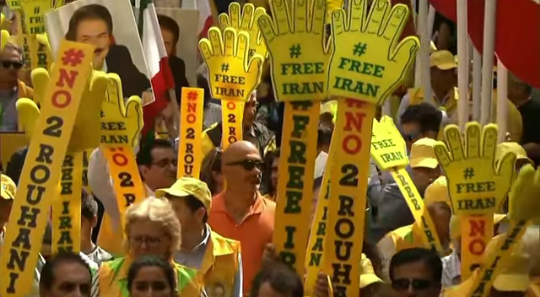 How can we look on the faces of Iranians and not apologize, how can we not feel compassion and empathy?  How can we not share their plight?

Like Loading...
‹ ” He Was Rejected Of His Own “
Obama Announces The Beginning Of A New Liberal World Order ›