(World Watch Monitor) Five years ago today (11 July, 2011), South Sudan became the world’s newest country after seceding from the North. Following a lengthy dispute over where a border should be drawn, it was decided that Sudan’s predominantly Christian South Kordofan and Blue Nile states would remain in the mainly Sunni Muslim North. In the five years since, the Sudanese government has waged a bombing campaign against this restive, resource-rich region.

Sudan’s Christians are among the hundreds of thousands of people who have been displaced by the violence, and whose homes, crops, churches, schools and hospitals have been destroyed. In the latest incident, in June, the sole secondary school in South Kordofan’s Umdorain Country was destroyed.

In April, the US State Department designated Sudan a “Country of Particular Concern” for the tenth consecutive year under the International Religious Freedom Act, for “having engaged in or tolerated particularly severe violations of religious freedom”.

A new report by Open Doors, a charity that supports Christians under pressure for their faith, says Sudanese Christians – especially those in South Kordofan and Blue Nile states – have been facing and continue to face “ethnic cleansing”.

The Sudan government’s modus operandi was to conquer them, convert them and/or finish them off.

According to the report, successive Islamist regimes have attempted to turn Sudan into a Sharia state that does not recognise other religious groups, with strict punishments for apostasy, blasphemy and defamation of Islam.

These laws have been particularly harsh on ethnically African (as opposed to Arab) Christians, notes the report, which references the high-profile case ofMeriam Ibrahim, who was sentenced to death in 2014 for converting from Islam to Christianity. (She was eventually released and allowed to resettle in the United States.)

Following South Sudan’s independence, many Christians in Sudan, especially those whose family roots were in what is now South Sudan, were forced to leave the country, as the Sudanese government embarked on what the report refers to as its mission to create a “homogenous nation”, in which Islam is the sole religion.

The report, which also reviews the Sudanese government’s record over the past 30 years and considers current trends, concludes that attacks against Christians in South Kordofan and Blue Nile states are “systematic” and “widespread” in their nature and therefore qualify as “ethnic cleansing”. According to the report, the modus operandi in the 1980s and 1990s was to “conquer them, convert them and/or finish them off”. This continued after war broke out between Sudan and the SPLM/N, the political movement linked to the Sudan People’s Liberation Army (SPLA), which fought for South Sudan’s independence.

The report states that the government of Sudan has been using non-violent, administrative measures, coupled with military action, to accomplish its mission. It says the Sudanese military has bombarded civilian villages and agricultural land, hampered the planting of crops and forced people to live in caves. Other studies by USCIRF, Human Rights Watch and Africa Rights Watch are also referenced, which, Open Doors says, are consistent in testifying to “systematic” and “widespread” attacks against Christians.

On the subject of attacks against civilians in the Nuba Mountains (part of South Kordofan), the Open Doors report’s findings are in line with the evidence listed in the Nuba Reports (a website that chronicles the attacks against the Nuba people, but without registering the religious affiliation of the victims) and with incidents reported by other rights groups concerned with the Nuba people. According to the Nuba Reports, government forces, especially the air-force, have been attacking civilians consistently for years. In an extensive 2015 report on attacks on civilians in South Kordofan, Amnesty International documented the bombing of hospitals, schools, IDP camps and relief organisations. Again, the report by Amnesty International does not list religious affiliation; however Open Doors’ report says Christians are being targeted specifically. 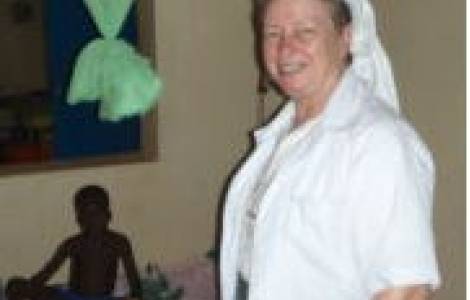 SOUTH SUDAN – The Bishop of Yei: “the judiciary should not delay the results of the investigations into the death of Sister Veronika”

“The judiciary should not delay the results of the investigations, and the culprits must be brought to justice” said His Exc. Mgr. Erkolano Lodu Tombe, Bishop of Yei, in southern Sudan, launching an appeal to the authorities to speed up the investigation of suspects who shot the late Sister Veronika Theresa Rackova, Slovakian missionary of the Holy Spirit Missionary Sisters, who died after being fired by soldiers at a checkpoint (see Fides 21/05/2016). Mgr. Ludu has further encouraged the faithful “to have hope, courage and unite in faith to serve God and his people”.
The shooting happened on May 16 while she was driving the St Bakhita ambulance on her way back from Harvester’s Health Centre, she was shot and severely wounded by SPLA soldiers. She was immediately taken to Nairobi due to the severity of her injuries. She died on May 20 after four days of agony. (L.M.) (Agenzia Fides 06/07/2016)

The United States on Monday announced it would evacuate all non-essential staff from South Sudan as a fifth day of explosions and gun battles in the capital city of Juba raises the specter of a return to civil war.

Many residents had no way of escaping the violence.

A “massive explosion” hit shortly after 9 a.m. followed by further blasts in the Tomping area of Juba, home to embassies, the airport and a U.N. base, an aid worker said.

“It rings through the whole city every time they fire,” said the aid worker, who spoke on condition of anonymity because he was not authorized to speak to press. “I think one of the tanks must be near me, my ears are burning.”

South Sudan has been independent for only five years.

Explosions and “very heavy gunfire” sounding “like popcorn,” was reported by a resident in the Gudele area, who insisted on anonymity for safety. Read More

HELP SAVE THE PERSECUTED

Together with your generous help, we can reach the goal to alleviate horrific suffering. In darkness and desperation, let us serve in love, with open arms and giving hands to provide light and hope.

Every day, we thank God that He is working through you to care for His children and to further His Kingdom! As you greatly bless others, may God continue to bless you. Thank you so much for your support. We couldn’t do it without you!
You may also send your gift to: