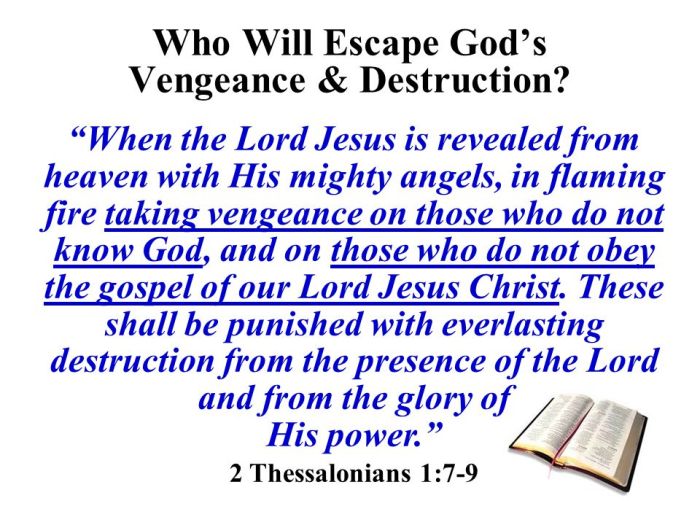 The SEED of Abraham

On Guard, O Seed of Abraham ! Your ancient enemy, the satan, is trying to annihilate you.

Who is this SEED of ABRAHAM that has been targeted by all the forces of evil — and the target of people who ascribe to evil — this Most Blessed Seed , planted by the Most HIGH ELOHIM ?

The Seed of Abraham is 3-fold:  Christians who are the “Grafted-In” of Israel, the Jews, and yes, the sons of Ishmael — who were part of Abraham’s seed — long before the false “prophet” Mohammad or the LIE of islam arrived in 622 AD .


The evil one delights to set them against each other; war is good for business, you see   … and always HAS been for the mammon-servers of the world’s global marketeers.

Make money, lots of money, while ridding the earth of the Seed of Abraham.  Brilliant scheme of the satan !

The world global marketeers sell their supplies and resources to make mighty killing machines,  for all 3 groups of the Seed of Abraham.

The other “hidden” strategy to wipe out the Seed of Abraham is to cull the unstable, un-trained, down-trodden, unhappy, and least wealthy members of these groups for pawns in their agenda.

Yes, the global marketeers cull thousands of the Seed of Abraham — currently, the sons of Ishmael being used — to be used as DUPES to do their dirty work, their killing, for them.

Islam has always been known for its willingness to kill all in its path, especially Jews and Christians, and the global marketeers are happy to use this to their own advantage.

Never mind that FOR A FRACTION of the cost these unhappy pawns could be helped with training in LIFE skills, instead of being trained as death squads for the New Secular Order, to become happier, productive citizens of THEIR OWN COUNTRIES.

The global marketeers do not want that.  They need, you see, a fomenting force to keep societies and countries in an uproar and in fear and confusion.

And if the uproar is bad enough — oh, what a delight ! —  the global marketeers are ready:  martial law will be enforced.

The duped ones….will have walked right into their trap!

who were called by My+ Name…

If Christians would, as one, refuse to live immoral lives and stop blessing ALL SORTS of immorality in their churches and groups…

GOD WOULD INDEED ACT in their behalf …  for obedience to HIS SON+ JESUS CHRIST moves the heart of GOD like nothing else.

If Christians would remove themselves from the pursuit of mammon and instead pursue The LORD GOD with all their time, energy, and resources to evangelize……

… perhaps the Jews and the sons of Ishmael would turn their hearts to JESUS in greater number… enough to make a difference.

If the Jews would stand for Righteousness as one man, they too, would be led unto all TRUTH+. If they TRULY sought the LORD Whom+ Abraham sought, they would join Abraham who “rejoiced to see His+ Day.”

If the sons of Ishmael would recognize they stem from ABRAHAM, the common father of both Jews and Christians, they would REFUSE to go to war and slaughter the Jews and the Christians… and other sons of Ishmael.

Instead, we see the Seed of Abraham at each other’s throats, being handily used as DUPES by the satan, to destroy each other.

And what about the rich global marketeers ?

Whose DUPES are they ?

There is NOT ONE OF THEM in this Western Civilization who has not heard about the Gospel of JESUS.

Each one of them has NOT followed JESUS’ example through the temptation, when the satan offered the kingdoms of this world to GOD’S SON+ if HE+ would fall down and worship him, the satan.

No, rather, being the BASEST OF MEN,  they fell for the satan’s lies. They agreed to serve mammon at all cost of human life and sacrifice.  Human life means NOTHING to these servants of satan.

These global marketeers have lifted THEMSELVES up as “gods” indeed and have received huge portions of the kingdoms of this world, being the BASEST of men.

They have gathered around themselves their own courts, governments, and agencies of assassins in order to obtain these earthly kingdoms by any force needed.

They gather to themselves lower-level henchmen and assassins — also hungry for mammon —  in order to maintain their global “control.”  They are “robber-barons”, in the words of Francis R. Connolly.

In short, they TAKE what they want…

They strong-arm entire countries to yield their resources to them, robber-barons all … promising a carpet of gold, or else if refused, a carpet of bombs.

Mr. Connolly succinctly identified the ruthless globalists behind the destruction of the Seed of Abraham.

WHO IS RESPONSIBLE FOR THE HOLOCAUST ?

The video is called: OIL HAS DESTROYED US. The 14 minute video is well researched and is sickening to see what lies have been in place for a long time, masquerading as truth.

The point of this all

the Seed of Abraham.

He also missed the point when urging “revolution now.”  The satan is also TRYING to destroy the whole human race… and he does not care how it is done.

Both programmed wars AND “revolutions by the people” are just fine with the satan. As a matter of HISTORIC fact, the robber-barons finance BOTH sides of every killing conflict for profit, even revolutions.

In other times, the satan will gladly destroy human flesh even through medicine and so called “health” programs and is doing it right now.

At this point in history, we are  witnessing the attack and destruction of the reproduction of human beings… from abortion to same gender unions to the mingling of animal with human in “breeding” experiments behind closed doors of government-financed laboratories.

This has been done before:

That is the satan’s agenda. To destroy man is the only way left for the satan to strike back at The LORD GOD / YHWH ELOHIM for casting him out of Heaven.

The satan’s ultimate desire is to eradicate ALL WITNESS to the LORD GOD / YHWH ELOHIM  from off the earth. Man, you see, was created to bear witness of the LORD to the visible and invisible of creation.

The satan, however, wants man to bear his stamp and image.

Lowly man will one day, through the Messiah, YESHUA+ ha MOSHIACH, judge angels also, which is a bitter gall to the satan.

Thus we see the satan, for his own destructive purposes,  using those who REFUSE to submit to The LORD JESUS to try to hurt  GOD.

Yes, the Seed of Abraham — all three groups — know ENOUGH and have heard ENOUGH that every one of them can turn their hearts to JESUS instead of to the sword and “patriotic” causes trumped up by the global marketeers.

Because they refuse — en masse — to follow the Words of CHRIST, they are used as DUPES — en masse — of the global marketeers, over and over again.

And YES, the global marketeers know ENOUGH and have heard ENOUGH that each one of them could turn their own hearts to JESUS instead of to hollow skulls and dead bones, and the abominations that go along with that.

They erroneously think that their control of their vast money interests is going to last forever … just like they think they are!

The satan is delighted with this entire set-up.  It all might be avoided if the global marketeers would realize they are but men, also.

The satan controls ALL who do not follow JESUS above Self-interests, above mammon, above “patriotic” causes.

These obscenely-wealthy global marketeers are DUPES of the satan also… just like the worker-bees they ruthlessly use, ravenously devour, and heartlessly dump into a mass grave when their usefulness is over.

The only way out is to TURN the hearts of the duped ones, high-born or worker-bees, to The LORD JESUS CHRIST before it is too late.

Pick up your Bibles, not your guns.

Wave the standard of Righteousness,

instead of the red, white, & blue.

Work for the Kingdom of GOD,

not the kingdom of this world.

And WORK… for the night is coming when no man can work.

We can NOW see that Night on the horizon.

The WAR is on between the Eternal Kingdom of Light and Life, and the kingdom of Death and Darkness. The Final Battle is approaching.

Be Prepared to Stand for the  SON+ of GOD, JESUS CHRIST our LORD. The satan and his slaves, the current crop of world controllers, ARE GOING TO BE DESTROYED and given to the “Burning Flame”. ( Daniel 7 : 11 )

Get your Armor on!

Take it seriously.  The time is at hand.

Flee, one and all,

to the ONE true

HE+ gives an open invitation to all kindreds, tongues, peoples, and nations to  come to HIM+, the Fount of Living Water,  to be cleansed from sin.

The  night is far spent;

DAY  is close at hand.

HE+ will hold on to you.