Home › Censoring of truth › Christians In Syria Left Behind? We Can’t Remain Silent!

Christians In Syria Left Behind? We Can’t Remain Silent!

News from Syria since the migrant crises’ birth is confusing at best.  Where are the Christians?  Are they left behind?  I have heard that many are hanging on by a thread of Faith.  Reports from Catholic agencies paint a dire picture for those Christians that have stayed in both Syria and Iraq.  Some aid coming from Lebanon, but those who have chosen to stay are in dire straits.  Especially with the conflict escalating no aid is forthcoming.  As we know reporters are unable to travel freely due to the threats and the fact that Journalists are a prime target for the Daesh.  One report from Catholic News Agency cries out as I have, where is the outrage, where is the demonstrations, where is the thousands of letters written to our government?  Read more:(Your Apathy Is Hurting ISIS victims)

At the beginning of 2015 a report by the BBC cited a Christian Patriarch’s statement about the crises and plight of Christians in Syria: “There is no safe place left in Syria.  The future of Christians in Syria is threatened not by Muslims but by… chaos… and the infiltration of uncontrollable fanatical, fundamentalist groups,” he said.”  Read More

I have to agree with others that this Arab Spring and so called civil war in Syria is not concerned with religious liberty or democracy with freedoms for the people.  It is more concerned with spoils of war and toppling dictators.  Assad is not a angel, nor is he the perfect leader, but religious freedom was not an issue under him.

I know that in areas like Homs when Assad’s forces pulled out it left the minorities like Christians there to be slaughtered as sitting ducks.  I know that these Christians who have stayed are suffering untold events not only from the Daesh, but from the Chaos that has transpired in this region.  NO aid can get through, no one is focused on victims, no one appears to care.  No one heeds the pleas for help as these cries are silenced by the flood of immigrants and what chaos this millions of people are causing in Europe.

We must not remain silent.  We have been shamed into deeper silence by the left in this country and even our own president.  By shaming the very thought that we want to know about the Christians in Iraq and Syria.  That we would want attention drawn to them, most don’t want to leave.  Most want to stay in their homeland.  Some have fled leaving families who refused to leave there, and fear they will die.  They have faith, they have faith in God  but have lost faith in the world at large to help.

As our president and others join in the war to topple Assad, Daesh becomes less significant than what western leaders are causing there.  We must speak out, don’t let them shame us back into silence.  Speak out, be a voice, demand our congress take action for Christians and other minorities left in the dirt in this chaos.  Speak out.  Don’t let them bury the genocide of Christians and their suffering anymore. 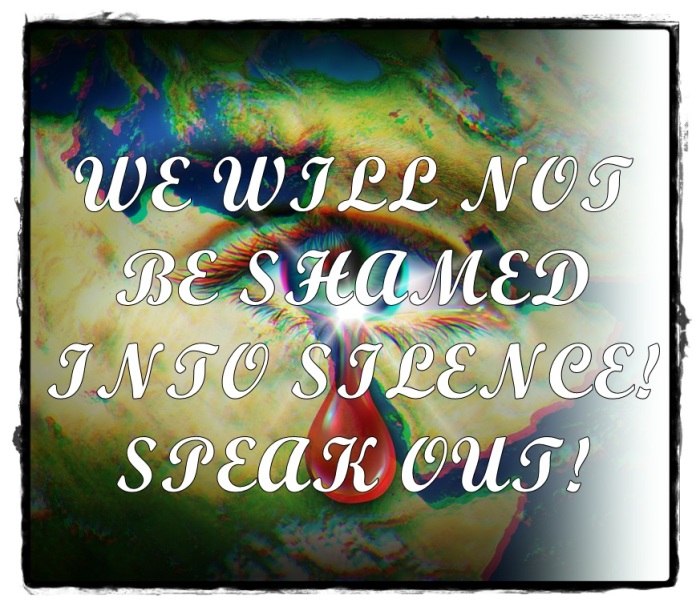