Home › Christian persecution › Germany in a state of SIEGE

Germany in a state of SIEGE 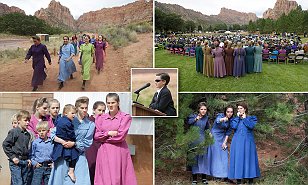 An eye opening article.  Germany is awakening to the reality of a culture that refuses to assimilate.  Instead of the hundreds of thousands even millions of Christians who are displaced and fleeing death they are witnessing massive amounts of those who seek to take over and change laws and customs.  They expect the generous host countries to allow this.
We predicted this a year ago.  As an advocate for Christians who are persecuted we watched the Christian genocide (call it what it is) with horror but what is even worse is the refusal of western leaders to acknowledge or help.
We have also reported on the corruption on the refugee camps from Africa to the middle East.  Used as corridors for weapons, human trafficking and rife with rebels.
When you watch and discern as we have you quickly understand the design in this.  Christian countries such as Europe and even the US are forced to accept this and Christians will have no refuge.  We knew a year ago this would happen.  It’s also prophesied.
It is heartbreaking to beg for coverage from the news media for our Christian brothers only to be met with silence.  Now to see why is even more heartbreaking.  Please read the following and discern the truth.  It is very harrowing to see what our leaders have created.  And the US is next.  May God have mercy on His children.
http://www.dailymail.co.uk/news/article-3249667/Germany-state-SIEGE-Merkel-cheered-opened-floodgates-migrants-gangs-men-roaming-streets-young-German-women-told-cover-mood-s-changing.html