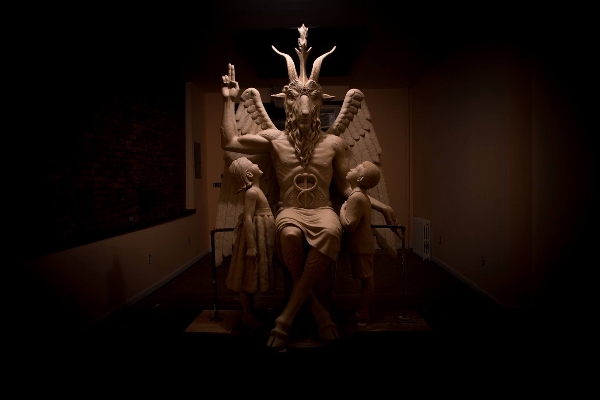 The winged and goat-head Baphomet was unveiled in Detroit Saturday night. (WND photo)

Jude 1:9 But Michael the archangel, when he disputed with the devil and argued about the body of Moses, did not dare pronounce against him a railing judgment, but said, “The Lord rebuke you!”

(Fox News)  A controversial monument was unveiled by the Satanic Temple in Detroit on Saturday night.  The eight-foot tall bronze statue, which features a goat-headed Satan, was revealed to hundreds of ticket holders at a private event in the city.

WND is reporting that a Catholic group called Church Militant brought and unveiled a statue of the Archangel Michael to combat the presence of Satan.  The Archangel Michael has a history in the Bible of doing battle with Satan.  Daniel gives a picture of this as Michael was the only angel able to do battle with the ‘Prince of Persia.’  Daniel 10:13 “The prince of the kingdom of Persia withstood me twenty-one days, but Michael, one of the chief princes, came to help me, for I was left there with the kings of Persia”

The WND article goes on to describe the scene of the unveiling of the demonic entity.  And the chaos that ensued.  They danced and partied under a picture of an inverted cross. 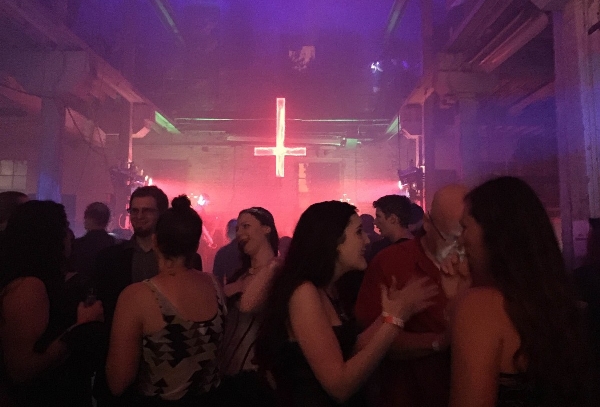 They describe the scene with people sitting on the lap of this demon with sexual groping mostly homosexual in nature.   Mocking God it seems is their only intent.  Many claimed only to be anti-Christian.  God will not be mocked.  And in the words of Jude I simply say:  “The Lord rebuke thee Satan.”  We know the end of the story, Satan knows his time is short, and one day as John tells us in Revelation 20: 2-3 And he laid hold of the dragon, the serpent of old, who is the devil and Satan, and bound him for a thousand years; and he threw him into the abyss, and shut it and sealed it over him, so that he would not deceive the nations any longer, until the thousand years were completed; after these things he must be released for a short time.

The Devil in Detroit (Churchmilitant.com)

Like Loading...
‹ Peeling Back The Layers: Turkey, PKK, Peshmerga-If They Are All Fighting The Daesh Why Attack Each Other? What Forces Are At Play?
What Can Wash Away All Sin??? ›