We have a full blown World Immigration Crises.  You can say that is hyperbole, you can say it’s not true, all you want, but it’s the truth.  It goes hand in hand with the modern day genocides and ethnic cleansing that Western Nations are at the very least complicit in.

It’s difficult to search the news or even casually watch the news today and not see those fleeing and meeting death or detention.  Boats of migrants sinking from overload, even persecution at sea. Three out of four crossing the Mediterranean die in the process.  3 out of 4.  Let that soak in for a moment.  And that’s just Libya.  There is Nigeria, Chad, CAR, The Congo, Kenya, Syria, Iraq, & Yemen.  Pakistan, Afghanistan, have also been added to the list as Christians are forced to flee Persecution.  Human traffickers taking advantage of the chaos ensuing the world, endangering lives and in some cases as those children crossing the border to the US, even participating in abuses.

Often times the countries receiving these immigrants detain them as in Thailand in Detention Centers like the IDC which is one of the worst detention centers in the world. 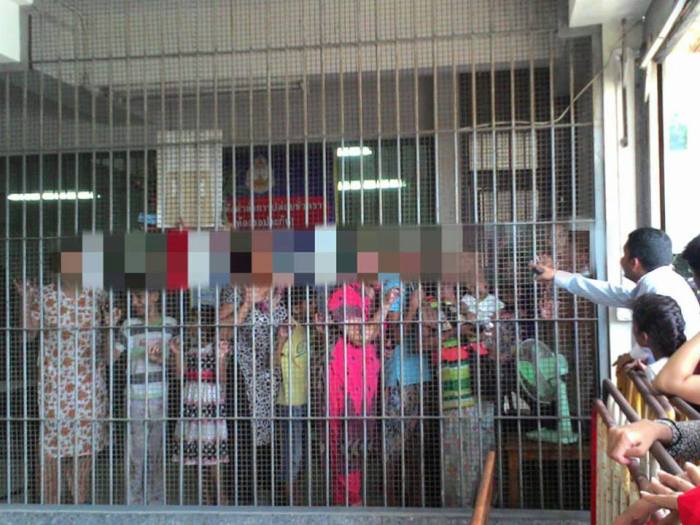 So fleeing abuse and death innocent people are met with more death, & more abuse.  And hopes are dashed, & spirits are broken.  I hear desperation, brokenness, and so much sorrow from those caught in this merry-go-round of so called justice and asylum for those who only wish to live as we do.  Free from death threats, free to worship, free to work, free to raise a family.

In 2012 Amnesty International released a report citing 5 successes and 5 failures at attempts to bring vicious criminals to Justice.  Criminals cited for genocide, crimes against humanity, and war crimes.    They say this about 2012:  “Finally, this year has seen a dramatic increase in interest by the public at-large in international justice issues. Likely a combination of the successes noted above, the dramatic interest in the#Kony2012 campaign, and awareness of the brutal and unconscionable crimes committed in Syria, the Sudan, Libya, and elsewhere, there has been a real and palpable public awareness of the essential need for a functioning system of international justice.  It is impossible to delink the atrocities we bear witness to today from our weaknesses in securing justice for abuses of the past. Justice cannot be an afterthought, decoupled from our efforts to protect the threatened and vulnerable. Justice cannot be something sought as political winds or diplomatic expediency favor.”

The atrocities they speak of almost pale in comparison to what we bear witness to today. Has the world lost it’s interest in bringing these criminals to justice?  Has the world turned a blind eye to collateral damage of innocents? Why is the demographics of 1/4 of the world changing?

This was said by Amnesty International reporting on the 60th Anniversary of Refugee Convention States Failing Refugees:

“At the same time, unfortunately, the last decade has seen governments pay lip service to the rights of refugees while in practice devoting their energies to keeping refugees away from their borders so that they do not have to honor their obligations. Some states that have traditionally hosted large numbers of refugees now turn them away because of the international community’s failure to share the responsibility for protecting refugees.  In many countries, officials apply a restrictive interpretation of who should qualify for protection as refugees under the Refugee Convention and/or Protocol, with the result that people fleeing persecution are returned to their persecutors. (This is being threatened to the Pakistani Christians stuck in Thailand) Asylum-seekers find themselves denied a route to safety by airline or shipping staff, as well as by immigration officials. Every time this happens, someone’s life or freedom is deliberately endangered.”

This sounds like it could be a report today.  So why is the world only paying lip service to the plight of refugee’s?  Why are so many suffering and dying at the hands of those who say they are for protecting Human Rights?

In the state of the world 2014/2015 by Amnesty International, it’s still the same, and Governments are still only paying lip service and not protection Human Rights.  It’s worse than you think.  This video say’s this year may be the year of historic failure for the protection of Human Rights.

It has been proposed that the UN Security Council not be allowed to use their veto power in ways to block actions against genocide, war crimes and crimes against humanity.  We’ll see how far this gets.  The world leaders and powers that be seem to care less and less every day about humanity.

We may not be able to save the world.  But we can start with awareness, and conversations.  The world has never been more dangerous, despite what some leaders say.  The world has never been more uncaring, despite what leaders say.  I have to say get ready, because it’s going to get a lot worse.  If you want to write letters of encouragement and prayers for persecuted Christians you can do so here, and I will make sure that they are read by those who need our prayers.  Let’s show them we stand in solidarity with them.  And something everyone may not know is we have many from other countries reading every day, so please comment and encourage with words and prayers.  They will see.  They need our encouragement.  And most of all they need our prayers.  Let’s form a chain that reaches around the world, a chain that can not be broken.  A chain of light, love and prayer.  Encourage those in persecution, and do it today.