Christianity Is Under Attack & The Leaders Are Silent Why? 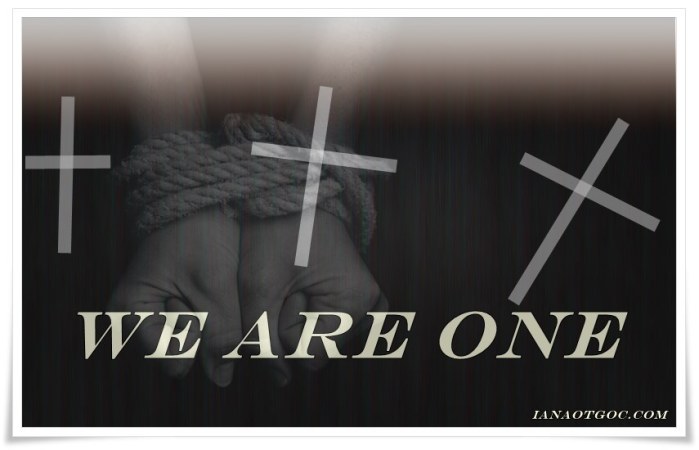 While reading an article on the failure of a secular gospel by Michael Brown, something became very clear.  Many scholars have been warning for years this would happen.  But what became starkly clear is that if ever there was a time since the early church that the world needed Christianity and a true church it is now.  And yet it appears that many in the church are sound asleep.  Lulled into complacency, an attitude of ignorance and in some cases dazed by their falling and bowing to government.  Afraid to speak the truth, afraid it will scare or offend the very soul’s they should be caring for.  While a good portion of the Body of Christ (the church) is under severe persecution only silence.  The Pope has just begun to speak out, Franklin Graham is speaking out, but very few others.  No response to the very tribulation mentioned in the Bible.   If your like me, in a younger America you could not even fathom people subjected to beheadings.  And now that it’s a fulfilled prophecy, it’s so downplayed by government and media that it’s like watching a fictional movie.  No one believes it, no one wants to hear it.  The warnings are falling on deaf ears.

How clever of satan.  The great falling away spoken of by the Apostles, and the tribulation spoken of by Jesus has appeared and it’s just as Jesus said:  “It will be like in the day of Noah.”  People are eating, drinking and marrying without even so much as a nod toward the tribulation encompassing the world.  Since I wrote about a year ago that the tribulation was here, it has spiraled into a magnanimous event, and yet still virtual silence from the body of Christ.  Unable to recognize the season we are in.

I watched a video last night in which World Watch Monitor was quoted as saying “History will judge us as unforgiveable”  speaking on the condition of Libya alone where hundreds of people would rather die on the sea than face the horror that is playing out in their country.

We witnessed this on a smaller scale while we watched the twin towers burn on 9/11.  Many of us couldn’t understand what horror could make people jump to their death.  This is happening on a large scale.  Human traffickers taking advantage of the situation promise people a new life in a different country as hundreds are herded into boats that are meant for a few.   And of course they meet certain death.  But again, what would make people flock to certain death because it is better than the horror behind them?  These people have looked square into the eyes of evil, the face of satan, and it terrified them.  Terrified them to the point that they would rather face death than the evil awaiting them.

Think about that for a moment.   And all the while the church in the West is concentrating on coffee shops, yoga rooms, movie nights and prosperity.  History will indeed judge us.  God has already judged us and just as in Babylon, we have been found wanting.

It’s true the basic Doctrines of Christianity has been buried, buried deep and coming under constant attack even in the West.  And as Christians we have failed miserably.  How?  By electing officials who accuse and blame religion and God for every evil, refusing to acknowledge the basic fact that the reason God blessed us is because we adhered to His commandments and values.  And now it’s replaced only with darkness, and evil.  In a secular society it’s become ok to ignore sin, it’s ok to make the Gospel and the commandments of God fit the sins of the world.  This merging of religion and government is the very thing warned about by the prophets.  And yet we are blind.  Joseph Goebbels (Hitlers Propaganda Minister)  said it best when speaking of the mixing of religion with Government, and if you read the History of Hitler and WWII we are right in the middle of History repeating itself.

“What does Christianity mean today? National Socialism is a religion. All we lack is a religious genius capable of uprooting outmoded religious practices and putting new ones in their place. We lack traditions and ritual. One day soon National Socialism will be the religion of all Germans. My Party is my church, and I believe I serve the Lord best if I do his will, and liberate my oppressed people from the fetters of slavery. That is my gospel.”

I found it very interesting that the leader of our government said almost these same words.  Remember the change he wanted to bring about, the change to “those stuffy, outdated people who cling to their Bible and their guns?”

Start conversations, ask those in your church why we have turned toward a secular religion instead of the Gospel of Christ, or traditions of men instead of traditions of God.  Why aren’t we watching?  Why are we silent?  Why aren’t our religious leaders speaking out?  The media is just beginning to report on the atrocities carried out against Christians.  But sadly the church is still asleep.