(I Am Not Ashamed Of The Gospel Of Christ) ISIS continues it’s desolation and destruction of everything Holy.  Everything Holy to Christianity and Judaism that is.  Attempting to destroy history and wipe Christians and Jew’s off the map they have ravaged antiquity in Iraq.  It is reported by Israel National News  that they have destroyed Ezra’s tomb recently.  Ezra’s Tomb is  located in Iraq on the western shore of the Tigris it was popularly believed to be the burial place of the biblical figure Ezra.  Josephus wrote that Ezra was laid to rest in Jerusalem, but in 1050 this tomb in Iraq was claimed to be his burial site.  The tombs of ancient prophets were believed by medieval people to produce a heavenly light;it was reputed that on certain nights an “illumination” would go up from the tomb of Ezra.

It has been said that  the city of Amara where the Tomb of Ezra lies is almost devoid of a Jewish population at the present time.  It is is a city in southeastern Iraq, located on a low ridge next to the Tigris River waterway south of Baghdad about 50 km from the border with Iran.  It did boast a population of 420,000 in 2005 mostly Shite Muslims.  And it has seen it’s share of wars even in recent times.  This heinous disregard for antiquity is repugnant to say the least.  The destruction that this evil, demonic ideology has wreaked over the world is an abomination in itself.  An abomination of desolation if you will.  Israel National News points out that several sites in Iraq has been ‘de-judaized‘ throughout the years like the Tomb of Ezekiel, and Joshua the High Priest.  However the destruction caused by ISIS should cause outrage with the World leaders and again as with the slaughter of Christians and Jews the silence is deafening. 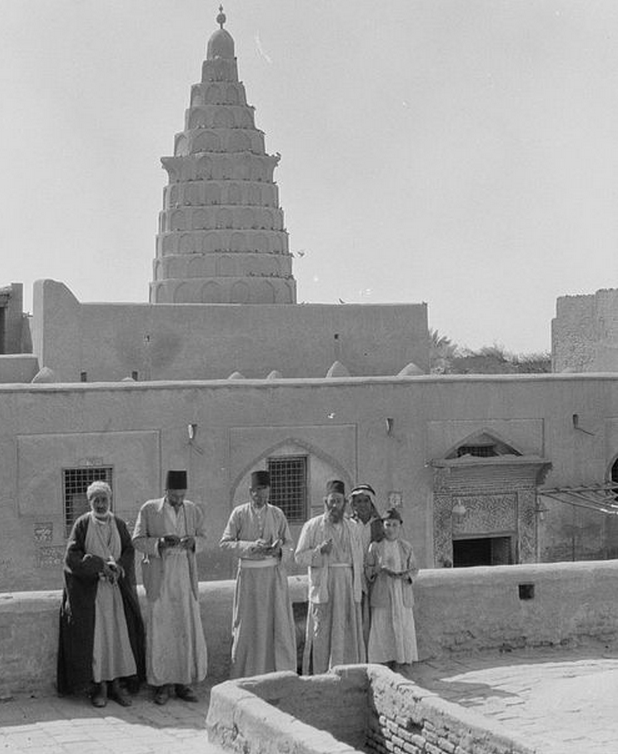 Ezekiel’s Tomb, located in Al Kifl, Iraq, is believed by Jews and Christians to be the tomb of the biblical prophet Ezekiel.

Joshua  the High Priest was, according to the Bible, the first person chosen to be the High Priest for the reconstruction of the Jewish Temple after the return of the Jews from the Babylonian Captivity. (Zechariah 6:9-14)  In 1825, the traditional tomb of Joshua was reported to have been found at “one hour’s distance from Baghdad.

He prophecied regarding the destruction of Jerusalem, the restoration  of Israel and the Millennial Temple.  According to the Bible Ezekiel and his wife lived on the bank of the Chebar River, in Tel Abib (Mound of the Deluge) where exiled Jewish visitors came to seek his prophetic insights.  Ezekiel describes his calling to be a prophet, by going into great detail about his encounter with God and four living creatures or Cherubim with four wheels that stayed beside the creatures.

One traditional depiction of the cherubim and chariot vision, based on the description by Ezekiel.

Could it be that this destruction perpetrated by ISIS was prophesied also by Daniel in his visions of the last kingdom the earth would see before judgement?

Then in my vision that night, I saw a fourth beast—terrifying, dreadful, and very strong. It devoured and crushed its victims with huge iron teeth and trampled their remains beneath its feet. It was different from any of the other beasts, and it had ten horns.  Daniel 7:7

Like Loading...
‹ Why the Darkness Hates the LIGHT+
Equal Rights For Women In Turkey? Women Protest A Rape Of A Young Girl ›