Aliens, Demons, Fallen Angels? Do They Manifest In Religious Beliefs?

(I Am Not Ashamed Of The Gospel Of Christ) In The era of religions springing up all over like the ‘Flying Spaghetti Monster,‘ it’s not surprising to see congregations of the ‘Church of Scientology’ growing.   “In some countries it has attained legal recognition as a religion, the church has been the subject of a number of controversies, and has been described by its critics as both a cult and a commercial enterprise.” 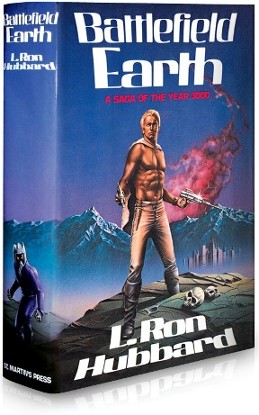 “One of the major tenets of Scientology is that a human is an immortal alien spiritual being, termed a thetan, that is presently trapped on planet Earth in a physical “meat body.” Hubbard described these thetans in “The Space Opera” cosmogony. The thetan has had innumerable past lives and it is accepted in Scientology that lives preceding the thetan’s arrival on Earth lived in extraterrestrial cultures. Descriptions of space opera incidents are seen as true events by Scientologists.”

Ok it gets better, what is a Thetan?    Hubbard once defined a thetan as: “… having no mass, no wave-length, no energy, no measurable qualities and no time or location in space except by consideration or postulate. The spirit is not a thing. It is the creator of things.”

Scientology’s own website describes their meaning as: ” The word Scientology, conceived by L. Ron Hubbard, comes from the Latin scio which means “knowing, in the fullest meaning of the word” and the Greek word logos which means “study of.” It means knowing how to know. Scientology is further defined as “the study and handling of the spirit in relationship to itself, universes and other life.”

Everyone should know by now who Ron L. Hubbard (founder) is or was.  He was a science fiction writer who started a religion based on alien beliefs.  That’s my observation.  So we are in essence alien spirits who roam the earth looking for a body to inhabit.  I really can’t understand why this has exploded like it has. Except maybe people are hungry for answers, answers that the church is not giving them.  The Church has turned away from the mission Christ gave it.   They have large congregations, they have a sort of missions board delivering aid around the world.  They have a right to believe as they wish, but they are pulling many into this false teaching.  Here is their latest ad to try and right the wrongs they feel done to them with the new documentary movie  “Going Clear: Scientology and the Prison of Belief

Is it any wonder that there is so much mistrust for this religion?  The luciferian, and illuminati symbolism used by this church is blatantly in your face.  One could easily tie this in with luciferianism, Illuminati, and the fallen angels.  It doesn’t take a rocket scientist to connect the dots.  So I won’t bore you with all the facts, but this is bizarre at the least, at the most we should be aware of those wishing to lead astray.   What boggles my mind is the personalities that follow this like John Travolta, and Tom Cruise.  Incredible.   Steve Quayle and LA Marzulli among others like Tom Horn and Paul Mcguire have extensive studies about Aliens and how they tie into demonic spirits.  Worth at least having a working knowledge about since we are seeing an increase in evil that can only be described as demonic.