(Voice of the Persecuted) As you know we have reported that Boko Haram recently released a new video threatening all of Northeast Africa.  Several threats were made against, Niger, Nigeria, Cameroon, and Chad.  Threats made by the leader showcasing their huge array of weapons, and trumpeting their pride in how far they have come “from machetes and sticks”  to now, trumpeting that they would rule.  Their recent violence in Niger inciting protests against a cartoon have sent significant shockwaves through the Christian Communities.  Image after image of Christians continuing to worship in darkness show a contrast to the fear that this murderous group is attempting to instill in the world.  But the reality is that while the world remains silent, the Black flag of Islam is controlling large swath’s of land.  Larger than the world can imagine.

Abuja (Agenzia Fides) – “Boko Haram tried to enter Maiduguri twice last weekend: the first time on Friday 23 and the second yesterday, Sunday 25 January”, says to Agenzia Fides His Exc. Mgr. Oliver Dashe Doeme, Bishop Maiduguri, capital of Borno State, in northern Nigeria where the Boko Haram fighters tried to enter after having taken possession of other cities in the north-east of the Country.
“The guerrillas of Bolo Haram were rejected by the military and the civilian militia that defend the city. The fights were very intense. Boko Haram has lost several men. At the moment the situation in Maiduguri appears calm”, says to Fides Mgr. Doeme, who states that he is in Damaturu (Yobe State capital, whose territory falls within the diocese presided over by the Bishop) on a pastoral visit, although his collaborators keep him constantly updated on the situation in Maiduguri.
“We find ourselves in a very dangerous and difficult moment” continues the Bishop. “We risk seeing Boko Haram conquer the entire north-east before the end of the election, unless foreign troops intervene”, said Mgr. Doeme, referring to the presidential elections to be held in mid-February and to the coordination of the military actions of neighboring Countries against Boko Haram, after the latest raids of Nigerian extremists in Cameroon and the conquest of the base of the international force of Baga, on the shores of Lake Chad (see Fides 09/01/2015).
“The situation is very complex and the first victims are innocent civilians”, concluded the Bishop of Maiduguri who implies the existence of some “saboteurs” and accomplices within the Nigerian army, who favor the advance of Boko Haram for political reasons. (L.M.) (Agenzia Fides 26/01/2015)

A recent report by CNN gained alot of criticism for portraying the governments lack of concern, care and support of the military.  They spoke with soldiers and wives of soldiers, and their report shows soldiers having to buy their own uniforms, equipment and health care.  Widows of soldiers are ignored, with the government refusing to hear their pleas.

Northern Nigeria (CNN) :I didn’t want to ask the question. I could already guess the pain behind the answer.  “Do you think your husband is dead?”  Her mouth twists, contorting her young face, tears welling in her already reddened eyes.  “I don’t know… I pray to God to give him another chance,” she finally manages to stutter.

To watch the video click the above link.  It’s eye opening.  We also were skeptical so we sent it to someone on the ground there.  And sadly they confirmed this was true, saying there are many women in the same situation.  Their husbands missing or killed and the government refusing to open their cases.  Many women and children abandoned from a government their husbands swore to defend.   Many innocents on the run from Boko Haram finding little comfort. One critic of the above said that the media here in America wouldn’t dare to call out our military in that manner, but yet we have.  We have repeatedly called out our government for the way our veterans and their families are treated.

Boko Haram has devastated large areas of land.  Right under the noses of the African Government and military. 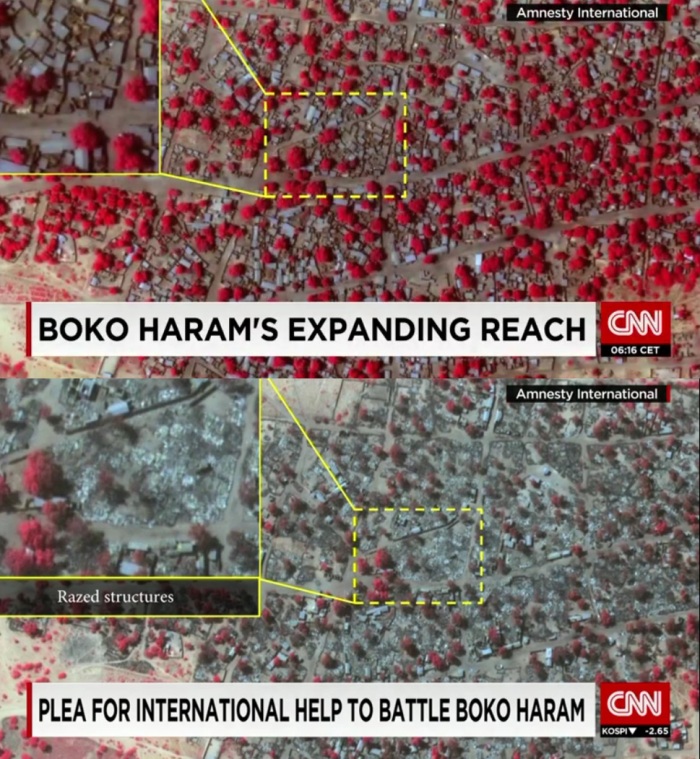 Just how much territory do they control?  It’s been said that Boko Haram alone controls land the size of Belgium.  How could this happen?  How could the world allow this cancer to spread?  They seem to have underestimated the super highway that has been constructed right under their noses.  By uniting with ISIS, Al-shabob, Al-queda, Hezbollah, Hamas,  Taliban and Iran they have created this super highway of terror that reaches from Iran to the coast of Africa.  They are receiving funding and weapons with their own network of alliances that rival NATO.  That’s not hyperbole or an understatement.

While previewing this video for truth, we were told that one way for the Boko Haram to obtain weapons was to attack military bases where they receive intelligence from their connections in the military.  Until the world realizes the scope of the magnitude of what is happening these groups will thrive.  Again, their weapons, their intelligence, their support rivals that of NATO.  They have created this mammoth network all across the Middle East and Africa.  Look at Yemen how quickly the government fell.

Despite all the violence, Christianity continues to grow in Nigeria.  The numbers of Christians in Nigeria has grown from 21.4% in 1953 to 49.3% in 2010.  Their faith is strengthened in the face of tribulation.  What is heartbreaking is the numbers of displaced.  Refugee camps are growing. 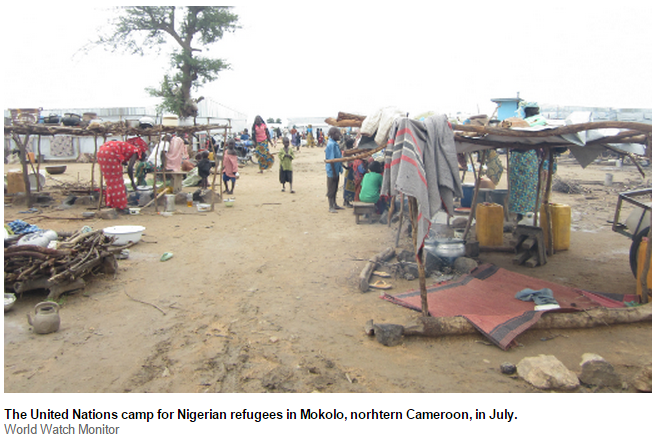 World Watch Monitor quotes a Nigerian Cleric :  What ISIS has done in Iraq, Boko Haram is doing in Nigeria.

World Watch Monitor also tells of the plight and anger of Christians at the Governments inability to care for or protect them.

The Chairman of the Christian Association of Nigeria for the North Central Zone, Daniel Kadzai, said Christians in the north have lost confidence in the government’s ability to deal with the crisis.  ‘‘The Federal Government has toyed with the lives and limbs of the Christians in Northern Nigeria for political gains.  “There is no explanation the government can give as to why the Federal troops will run away from the towns prior to the attack on such towns by Boko Haram without putting up any resistance, if the government does not have a hand in the whole genocide on Northern Christians as is being speculated in the local and foreign media,’’ Kadzai said.

The Church of the Brethren in Nigeria (EYN), based mainly in the northern part of the country, is the worst affected by the insurgency. Information released during the protest shows that the church has suffered heavy losses and damages over the 5 years of Boko Haram insurgency.  Over 8,000 of their members have been killed, while more than 700,000, mostly women and Children have been displaced and now scattered in places like Jos, Abuja, Kaduna and Yola. Some 270 churches have been razed completely by the insurgents.  Nigeria is ranked fourth on the Global Terrorism Index (GTI) for 2013, issued by the Institute for Economics and Peace. According to the index, more than 80 per cent of the lives lost to terrorists occurred in five countries – Iraq, Afghanistan, Pakistan, Nigeria and Syria.The institute says Boko Haram is one of the four most-active militant organisations along with the Islamic State, the Taliban and al Qaeda.  (More)

So you begin to see the magnitude of what is transpiring in Nigeria.  Why are the cries of the innocents unheeded?  We would like to know the answer to that.  Although recent attacks are ever stronger, the condemnation from world leaders and the UN are not.  No aid, no help, and nothing to stop the rampage.  Pray for Nigeria.

Voice of the Persecuted