I AM The LORD…. I CHANGE NOT 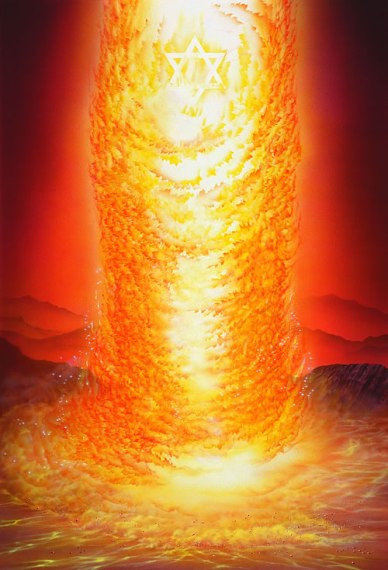 GOD is LOVE HE is also a consuming Fire to those who choose to make HIM their enemy and fight against HIM.

In The Eternal GOD, The Triune GODHEAD, there is no variation or shadow of turning. HE is the same yesterday, today, and forever.

I AM The LORD ( YHWH ) I change not; it is for this reason that you, Israel, are not consumed.

I read an article today that related how within the evangelical “church” a movement is growing among parents of children who are now saying that they were created to be homosexual or lesbian.

These say that the “church” is out of step with “reality” and need to realize that the Law of Moses, the Prophets, and the Apostles’ writings are out of date and not from The ETERNAL HOLY SPIRIT. They are saying that we must adjust to the “enlightenment” of our times.

These are saying that we must welcome into the so-called “church” the standards and values of the little “baal gods” that both the pagan nations of the past served and worshiped and that this nation is now worshiping and serving. This is so the “church” can remain “relevant.” ???

There are movements underway in this land and worldwide to make it acceptable and legal to molest and sexually-abuse children. This is in high places, not just in the “gutters.”

There is a movement to make it legally acceptable to “marry” an animal ! These demon-controlled people are serious about their plans.

Then we have the “church.”  Where will they be in all of this, seeing that their theologians have deemed the LORD GOD wrong in so many areas?

Where will they stand?

Will they stand at all?

Many of these religious organizations have yielded to satan and announced that “gay” is okay and murder of unborn humans is quietly swept under the rug. It is only a few more painless steps to say, “bestiality is ok” or, the “use of children sexually is okay …  as long as no harm is involved” !! ???

HOW can there be ” no harm” involved ? One wounded, one eaten alive by satan… and the whole world loves to have it so. No harm ??

It is up to the True, Blood-Washed Saints of GOD, the followers and disciples of The LAMB+, The Eternal SON+ of GOD, to STAND FIRM and DECLARE the TRUTH….

The LORD GOD, YHWH ELOHIM of Abraham, Isaac and Jacob DOES NOT CHANGE. HE sent forth HIS SON+ into the world to declare HIMSELF+ to the world, to the Jew first and then to the gentile nations, that they might become the children of Abraham and part of Israel.

HIS standards are eternal and from HIS ETERNAL SPIRIT.

They do not change,

HE does not change.

These things that are being brought into various “churches” will destroy the Adamic race, which is the goal of satan and those who serve him, both seen and unseen. This is why the LORD GOD says that, “None of these things shall be found among HIS people, among HIS Israel, among HIS Ecclesia”. HE does not want HIS children to be eaten up and destroyed by these unclean and demonic things that are becoming the norm in America and other lands as well.

To the “Called-Out” ones, the followers and disciples of the LORD JESUS, stand firm in cleanness and purity of life, and in separation from the folly of following politically-expedient lies. Those who do not know our LORD+ are falling headlong into this trap to their eternal sorrow.

Warn them as best you can. GOD is not mocked.

HE cannot be tricked, nor can HE be bullied.

To those who think they can push HIM, be warned:

HE is VERY ABLE to PUSH BACK.

All … yes, ALL…  of the idols that have been served will go down in flames and up in smoke; it has happened before.

This time, the powers of the very heavens are going to be shaken.

To the Called-Out ones, Hide yourselves in HIM+ Who is your Life. The Words HE+ has spoken will NEVER PASS AWAY, will NEVER FAIL.

LORD+ save your people and Bless your inheritance.

Save them and lift them up to YOU Forever.