Home › Africa › God Hears the Urgent Cry of Nigerian Christians: “My people are dying and no one is helping”

God Hears the Urgent Cry of Nigerian Christians: “My people are dying and no one is helping” 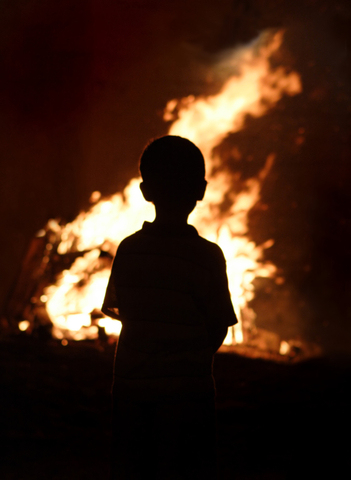 (Voice of the Persecuted) Last month as we reported, the Nigerian government announced negotiations underway with Boko Haram for a cease fire and the release of 200 Chibok schoolgirls. Our hopes were soon lowered with the release of a video from Boko Haram stating that the girls were sold, married off, converted to Islam and they would not be returning. It seems the militants held to a cease fire long enough for the military to slow down it’s efforts to thwart their murderous rampage. Since, they increased their homicidal, poisonous campaign and have overtaken at least 5 provinces in Northern Nigeria. Now announcing that they have a ‘caliphate’ that is in sync with the self proclaimed caliphate of ISIS.

One of our brothers, a Nigerian serving those persecuted in the region witnessed the aftermath in Mubi. He has cried out to Voice of the Persecuted and the world,

“I am crying… my people are dying and no one is helping them.”

He has seen untold Christian persecution in Nigeria and said this was the most heartbreaking yet. He describes scenes from Mubi that will never make  it into the media, as they refuse to cover Christian persecution done at the hands of Islamic militants with murderous savagery. Hundreds of Christians have been slaughtered and hundreds are starving. Scenes of death and starvation are breaking the minds and hearts of those courageous enough to help. Nearly 50 children under 6 years old are now orphaned in this location. They hadn’t eaten for days. One baby was found trying to nurse at his dead mother’s breast. Children orphaned in the most inhumane way by deceived and deluded men with cold hearts in the name of their god. Is it no wonder many call them demons? What they are doing is beyond human capacity. 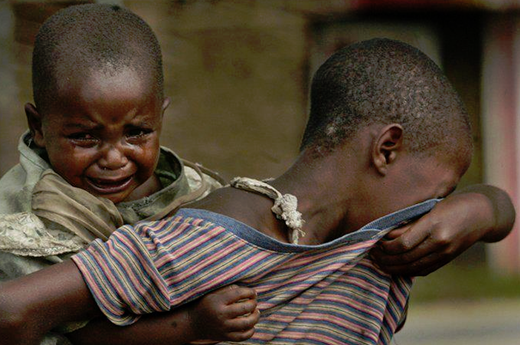 We are not reading from a history book, this is modern-day reality. Reality that many Christians and religious minorities are living every day. Starvation and death, not only from disease but from the murderous rampage from those killing while they chant “allahu akbar.” And yet, when Nigeria is mentioned the silence is deafening. To the world and the global Body of Christ, it seems they are invisible. This my dear brothers and sisters is hard for us to understand. We must ask: Are a majority of churches in the West simply asleep? Do they conveniently avert their eyes away? Are they worried about how much they can tell their members before they run for the hills?  What is it about Nigeria? There are so many Nigerian Christians living their lives as daily sacrifices to God, devout in faith and in the Word. We wonder as do the persecuted Christians in Nigeria, “Do they even care?”

During an interview at a refugee camp with our Nigerian correspondent, a young mother recently widowed by persecution prior to the birth of her newborn asked, “Is there no more caring people left in the world?” Remember this the next time you take communion, the next time you sit down to a meal, or when you go to sleep at night sheltered, warm and in a comfortable bed.

Speaking with a retired minister who is appalled at the lack of interest or concern from today’s churches for missions, cited instances of disinterest.  He was shocked that churches refuse to keep track of the posts of missionaries and what they are doing.  That they refuse to get involved in supporting or even sharing a simple mission map for the congregation.  When I was growing up in church as a pastor’s daughter, we had a map full of push pins showing where every mission post was and the missionaries stationed there.  We also had a monthly report from them. This is not happening in a large number of modern churches. What this Nigerian brother say’s is true, no one is helping them. So little aid is getting to this region, the majority are not served and go without. After sending contact info to him of agencies who in the past offered emergency aid, he sent this reply that absolutely broke our hearts in two.   “It won’t help in these situations, what I am talking about is more horrible than our imaginations, none among the assembly goes even close to the area I am talking about, the majority of NGO’s and Christian Organizations do not perpetrate their plans from the reality of the situation.”

He has put his faith and trust in God’s will, but what those on the ground are witnessing is beyond ordinary comprehension…while churches remain silent and asleep.

At least 46 students have been killed in a suicide bomb attack at a school assembly in Potiskum in the northeastern region of Nigeria. The suicide bomber was dressed up as a student, said police, when he blew himself up at a boys’ school in Yobe state. (More)

The country of Nigeria is embroiled in political, economic and humanitarian crises.  One after another, and the governments of the world are scrambling for the resources of Africa, leaving the people starving, facing a horrendous death by slaughter, torture, & rape.  We have reported numerous times on what is happening there, and the pressure from the West to negotiate with a band of terrorists coming to destroy.  Now, with evil schemes and wicked hearts, they have overtaken whole swath’s of the land and are carrying out atrocities that no man could endure.  But the West is silent…can you hear the pin drop? 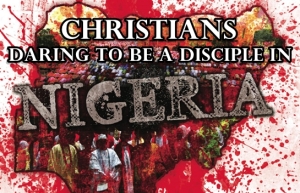 First they came for the Socialists, and I did not speak out—
Because I was not a Socialist.

Then they came for the Jews, and I did not speak out—
Because I was not a Jew.

Then they came for me—and there was no one left to speak for me.

VOP Note: Remember Nigeria and the faithful in your prayers. Pray for peace and the protection for Nigerian Christians. Pray for the innocent children who will no longer feel the arms of their parents wrapped around them. Pray for their survival and faith. Pray all enemy plans against them will be foiled.

The suffering of persecuted Nigerian Christians has become calamitous, a humanitarian disaster. The cry for help from their government is not being answered. Cameroon has turned many seeking refuge away.

God has laid this precious country and people on our hearts. We at Voice of the Persecuted have answered the call from God to help. We are answering the cries of the Nigerian people. We have not forgotten them. They are not invisible. We can not look away from our family in Christ. Our Nigerian brothers and sisters need our immediate assistance. Will you partner with us in this mission?

Together with your generous support, we can reach the goal to alleviate their suffering. In darkness and desperation, let us serve in love, with open arms and

Thank you for your continued support. We could not do it without you!

Voice of the Persecuted 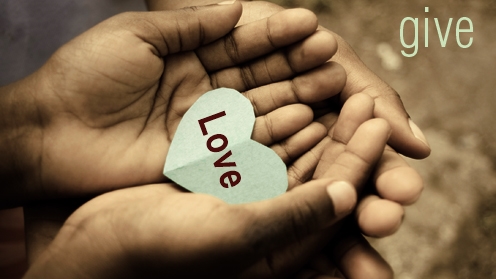