The family of Kenneth Bae is asking for our help – #FreeKennethNow 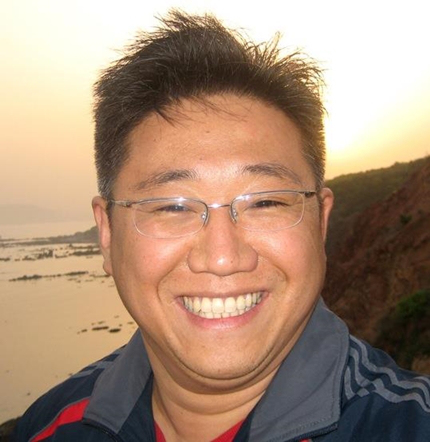 Kenneth Bae, an American sentenced by North Korea to 15 years in a hard labor camp.

Who is Kenneth Bae?

Before his detention in North Korea, Kenneth Bae was always surrounded by friends, hosting meals and regaling everyone with hilarious tales and his renditions of Elvis tunes. He was the fun-loving uncle who showered his nieces with affection. He dropped out of college at the age of 22 to support his own young family. And after coming home late from working two jobs, he’d spend hours watching his baby son sleep.

Kenneth is a man who always does the right thing, no matter the cost.

Several years ago, Kenneth saw an opportunity that combined his entrepreneurial spirit with his personal convictions as a Christian. He believed in showing compassion to the North Korean people by contributing to their economy in the form of tourism. Based out of China since 2006, he started his own tour company specializing in tours to North Korea, a remote country filled with stunning vistas and a people proud of their history and tradition. His livelihood was to introduce the natural beauty of the country and its people to the outside world as a tour operator. His heart was to be a personal touch-point of compassionate humanity to the North Korean people.

On one of the multiple tours he had led through Rason (Rajin-Sonbong), a special economic zones for foreign investors, Kenneth was arrested by North Korean authorities on Nov. 3, 2012.  He was sentenced to 15 years in a hard labor camp for what the DPRK identified as “hostile acts” against the North Korean government.

In a video interview with Bae released in July 2013, he spoke of his deteriorating health problems including diabetes, high blood pressure, fatty liver and back problems. A month later he was moved to a Hospital due to his worsening health and reports claimed he had lost more than 50lbs.

Alarmed by Kenneth’s appearance his mother, Myunghee Bae pleaded with DPRK to allow a visit with her son. Her request was granted by DPRK authorities to arrive in Oct., 2013.  Prior to the trip, she discussed her concerns and asks for continued prayers.  During her stay, she was allowed three visits, totaling six hours.

Though her hopes to plead his case to officials were not realized, she stated as a message to them, “Please give him mercy and give him amnesty to send him home. We apologize as a family on his behalf, but his health cannot sustain any longer if he is sent back to the labor camp again.”

In January, Kenneth’s mother, and sister, Terri Chung attended President Obama’s State of the Union address. Rep. Rick Larsen (D-WA) and Rep. Charles Rangel (D-NY) had offered the seats to them. Terri, his mother, as well as Kenneth’s son, Jonathan Bae met with public figures in New York and Washington DC, uniting with the goal of seeing Kenneth released from detention in North Korea.

Terri, Myunghee, and Jonathan also met with Secretary of State John Kerry. Below is a statement from his sister:

“We were honored to have the opportunity to meet with Secretary Kerry. Secretary Kerry was warm and sympathetic, and I want to thank him for affirming the commitment of the US State Department to securing Kenneth’s release. We are grateful for his support, and we appreciate the ongoing efforts of many at the State Department who have been working behind the scenes for the past 15 months to bring Kenneth home.

The past week our family has received overwhelming support from people across the country. It is clear that many Americans are invested in this cause to see this fellow American come home to his family. I see the heart, soul and hard work of so many people. We will never be able to thank you enough for your kindness.

I also hope and pray that the attention and care that people are showing does not end with the publicity of today. The fact is, my brother remains in detention in DPRK (North Korea) after 15 months, the longest detention of any American in recent times. We will not rest until Kenneth is home in the United States. We continue to implore our government to do everything possible to secure Kenneth’s freedom.”

Kenneth Bae was sent back to the labor camp in January. You can view his family’s emotional plea in this video interview on CNN.

Kenneth Bae spoke out about the harsh conditions at the labor camp where he is being held in North Korea, telling a Swedish diplomat that he is in great pain and wishes to be back with his family.

Bae was re-admitted to a hospital in Pyongyang in March but has again been sent back to the labor camp.

After CNN was recently allowed an interview with Kenneth and other American detainees. His sister, Terri fears for her brother’s serious health conditions afraid he may not survive much longer in the labor camp. See our Sept. 3rd report

Kenneth Bae is the longest serving United States prisoner in North Korea. His family is appealing to the North Korean government to release him on humanitarian grounds. Efforts to seek Bae’s release have thus far been unproductive.

Kenneth Bae’s family and friends have connected with Voice of the Persecuted asking us to encourage the Body of Christ to pray and intercede for Kenneth. They are also asking everyone to help them close the petition his son, Johnathon started—doing what we can to help free Kenneth now.

It is important for you to join us in this mission for Kenneth, our brother in Christ suffering in North Korea, a country listed as the hardest place in the world to be a Christian.

Please pray for him daily. Be his voice by informing others of his story so they may begin to pray for him also. Remember to lift up his family as they too are suffering. And please SIGN the petition, today! Our brother, Kenneth Bae has NOT BEEN FORGOTTEN by his brothers and sisters in Christ!