The Satanic Black Mass at Harvard was cancelled.  And when a night club ( Middle East nightclub in Central Square) wouldn’t host it, they moved it to the Hong Kong Restaurant. This was a planned event by the Harvard Extension School Cultural Studies group.

(Excerpt from The Harvard Crimson)  Although the Harvard Extension School Cultural Studies Club dropped its sponsorship of a reenactment of a satanic “black mass” ritual earlier in the night, members of the New York-based Satanic Temple gathered for what appeared to be a black mass on the second floor of the Hong Kong restaurant and lounge shortly after 10 p.m. Monday.

When searching for this group you find that this is a liberal arts group that is not just a group but an extension of the college.  So why  was the ‘New York based Satanic Temple’ invited to this cultural arts club to perform? The cultural studies group was ‘dismayed’ at public outrage against their invited guests.   Cultural studies that wants to delve into and study the occult?  Raises multiple questions.  Questions like are they ‘Satanists’?  Are they ‘Athiests’?  Who are they?  It’s encouraging that the student body played a part in stopping this, or at least questioned this, but why would they have this in their curriculum?  Questions I would like to see answered in the school, and the media.  Here is an excerpt I found when searching for this school.

Harvard University Extension School, in Cambridge, Massachusetts, is one of the twelve degree-granting schools of Harvard University, offering professional certificates and liberal arts-based undergraduate and graduate degree programs aimed at nontraditional students, as well as open-enrollment continuing education courses in 60 fields. Admission to the undergraduate and graduate degree programs requires successful completion of pre-admission courses and is subject to an application and admission committee process.

The web page for Harvard University say’s this about the History of Harvard:

The name Harvard comes from the college’s first benefactor, the young minister John Harvard of Charlestown. Upon his death in 1638, he left his library and half his estate to the institution established in 1636 by vote of the Great and General Court of the Massachusetts Bay Colony.

The Harvard Campaign is designed to embrace the future and to ensure Harvard’s leadership as it approaches its fifth century of education and inquiry in the pursuit of enduring truth.

You also find that the group hosting this is an independent studies group.  On May 9th the President issued a statement and is quoted as saying:  “We do not agree with the student group’s decision to stage an event that is so deeply disturbing and offensive to many in the Harvard community and beyond. While we support the ability of all our students to explore difficult issues, we also encourage them to do so in ways that are sensitive to others.”

A little History about the College’s founder: 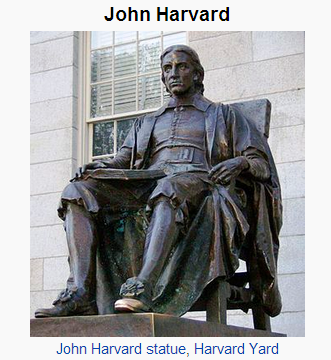 John Harvard (26 November 1607 – 14 September 1638) was an English minister in America, “a godly gentleman and a lover of learning”, whose deathbed bequest to the “school or College” recently undertaken by the Massachusetts Bay Colony was so gratefully received that it was consequently ordered “that the College agreed upon formerly to be built at Cambridge shall be called Harvard College.”

So when you dig into history and the past you find again references to God.  So why would this College allow a study of the Satanic and the occult? It is encouraging to note that the faculty had concerns about this planning and practice.  They said they worked to ensure that no ‘Consecrated Host’ would be used during this mass.  A ‘Consecrated Host’ ?  Let’s look at the history of the Black Mass.

A Black Mass is a ritual performed as a religious travesty of the CatholicMass used in the religion of satanism.

The history of such rituals is unclear before the modern era. The Black Mass was allegedly celebrated during the Witches’ Sabbath.

It is not clear if the Black Mass was ever celebrated in medieval times; the works referring to them are lurid and unreliable manuals for witch-hunters written in Latin, such as the Malleus Maleficarum (1486) and the Compendium Maleficarum (1608), and it may have served solely as a shocking act with which to accuse enemies.

So again why would they even consider this?  The freedom of Religion and speech comes into play, and they do have that right, but to make it part of a study connected with the College?  If Christians had planned a study similar in nature, would it have even gotten off the table?  This in a time when Christian Study groups are coming under attack on a regular basis.  A time when small children are humiliated in front of their class for reciting from the Bible or handing out Christian related treats?  I think it’s past time for Christians to speak out.  1 Timothy 4:1  Now the Spirit speaketh expressly, that in the latter times some shall depart from the faith, giving heed to seducing spirits, and doctrines of devils;

Commentary By Am Not Ashamed

Like Loading...
‹ “The Fate Of THe Liar”
Stop The Blasphemy Law, The Plight Of Religious Minorities & Activists In Pakistan Must Not Continue ›