My Comment:  WND has a knack for exposing facts that the MSM doesn’t want us to know.  Or bringing events into the forefront before it’s in the news.  This is one story that I’m sure the media here will not cover.  I agree with the author of this article.  Obama has let the gay lobby take over much of our country.  They have totally destroyed our constitution with the ripping up of  DOMA, we are now being prosecuted for speaking out against this, or refusing to service homosexuality even if goes against our individual religious beliefs.  Now he is allowing them to influence foreign policy.  This article will hopefully open your eyes.  I’m not taking up for Russia, but their policies on Homosexuality has been under attack from obama and others.  Read the full article. 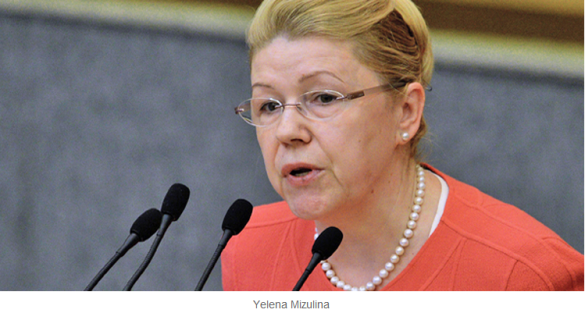 (WND) “Yelena Mizulina, as far as I know, has nothing to do with the controversy over the Crimea. She did sponsor a bill to make it easier for residents of the Crimea to have Russian citizenship. That was before the Crimea was incorporated into Russia. Other than that, (she had) absolutely nothing to do with the Crimea,” said Don Feder, communications director for the World Congress of Families, which promotes traditional values around the globe.

Feder said this story is another alarming example of who is calling the shots for the Obama administration.

“This administration is clearly controlled by the gay lobby. Whatever organized homosexuals want, the administration gives them. It was about a year or year-and-a-half ago that Obama announced that promoting gay rights abroad would be a major U.S. foreign policy initiative. You have to shake your head in wonder,” he said. “In fact, U.S. ambassadors have been ordered to march in gay pride parades all over the world, wherever they’re held.”

Like Loading...
‹ Feminist Group Attacks Conservative Reporter/ Where Is The Outcry For The Real War In Women?
Breaking: Update From Naghmeh Abidini ›