2 Thessalonians 2:3  Let no man deceive you by any means: for that day shall not come, except there come a falling away first, and that man of sin be revealed, the son of perdition;  We are witnessing this falling away in biblical proportions. 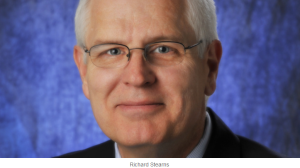 (World Net Daily) The mega ministry World Vision has announced that it now is allowing employees to be involved in homosexual “marriages,” in an effort to encourage “unity” among Christian supporters.

In an interview with Christianity Today Richard Stearns, who is president of the U.S. branch, said it is a “very narrow policy change” and should be seen by others as “symbolic not of compromise but of [Christian] unity.”

He said that policy still will require employees to confine their sexual activities to within a marriage, but now that’s been expanded to include same-sex “marriage.”

“Changing the employee conduct policy to allow someone in a same-sex marriage who is a professed believer in Jesus Christ to work for us makes our policy more consistent with our practice on other divisive issues,” Stearns told the newspaper. “It also allows us to treat all of our employees in the same way: abstinence outside of marriage, and fidelity within marriage.”