In this microwave world we want things and we want them now…and things we have to patiently toil for are often discarded or ignored.

With the many concerns we all have, it’s easy to “grow weary in well doing”.

We have an opportunity in front of us to make a real difference in an ongoing tragedy…but we need to choose to act, and act in faith despite the length of the trial..

The Iranian government has a tradition of releasing some political prisoners as part of the celebration of the Iranian New Year called Nowruz.

We want to create another social media storm this Wednesday calling on anyone who can influence the Iranian government to release Pastor Saeed Abedini.

The last social media campaign was extremely effective in raising awareness and compelling our government to take real actions to procure his freedom.

It won’t happen without your help.

These campaigns rely on each individual joining an ever growing choir to be effective.

It depends on you.

Saeeds favorite color is yellow…so we want to turn the internet yellow this week.

If you haven’t “liked” the Free Saeed Facebook page do so now and invite your friends…we need to be 10,000 strong by Wednesday.

Pray…that this campaign will be successful and the Lord will use it along with all the other efforts that have gone before to Free Saeed.

Wednesday March 19, 2014 you are invited to help us turn the Internet yellow. All you have to do is download one of these images and apply it to your Facebook profile picture, cover photo or both. It’s that easy my friends. You can download those images from the gallery below the video. 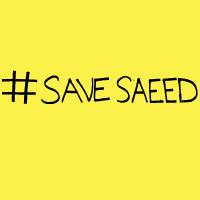 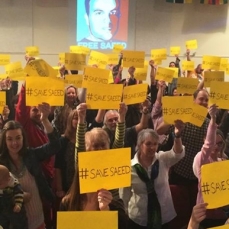 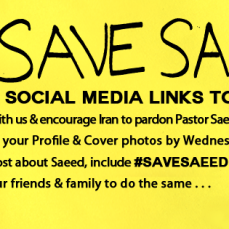 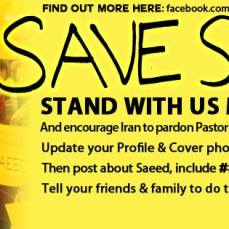 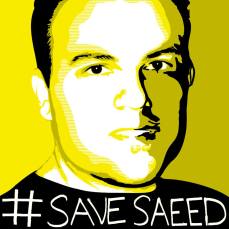