Home › views › Commentary by CJ › God Is Warning, His Watchmen Are Warning, As Chaos Spreads In The World Are You Ready?

God Is Warning, His Watchmen Are Warning, As Chaos Spreads In The World Are You Ready?

Recently I’ve listened to several audio books about possible scenario’s for the fall of America, such as 1 second after, Patriots, A last Babylon.  The latter is ongoing.  But one thing that stuck out in my mind with these is a common thread that when America falls of course millions die, but what remains is very few Christians who cling to their faith.  In these there is a great panic and fear that cause people to turn to man and alternative governments rather than holding to their faith in God.  There are a few, very few in these scenario’s who do, and they fair well in the chaos.  Now this is what keeps me awake at night.

Ready for a Police State? 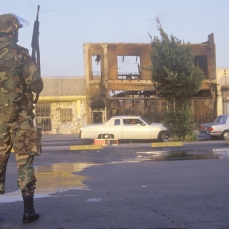 The western Christian view is that the scriptures tell us that we are not appointed to God’s wrath and there will be a ‘secret’ rapture and another exodus not told in Scripture to rescue us out of the ensuing tribulation.  But the Bible even warns us that before the man of sin, before our being gathered together with Christ, comes great tribulation as has never been seen, nor ever will be again. 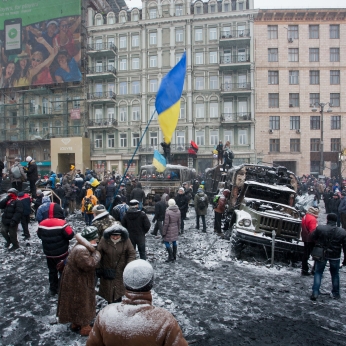 Now I think we can all agree that the world is sliding into perdition at a rate unprecedented.  Homosexuality and sexual sin is rampant and growing like a disease in a pietree dish.  Especially in America and the west.  There are wars & rumors of wars growing in number.  God is pushed away, idols and yes even satan and foreign god’s are being worshiped on our shores.  We can all agree that America is on a downhill slide in every aspect;  morally, economically and even politically.  That will cause chaos and conflict like never before seen.  I don’t want to speculate or debate what is the catalyst that causes this, just know it is close.

But how many will not be prepared.  How many will enter this thinking they will be whisked away untouched.  These same souls will be the first to fall away as Paul warned.  They will toss their Bible, because they will think it was false, it was full of errors, and will fall away from the true gospel to follow a watered down version of man’s doctrine that places man at the head of salvation.  Just as these books portray.  Or when the true false christ (antichrist) appears they will follow him blindly.  The very first thing this false christ will do is announce that the Bible wasn’t exactly right.  That man lied, and will deny that Jesus is God’s son, only a prophet, and he is here to tell us the truth.  In the middle of all this chaos people will flock to this man made or satan made version of christ by the thousands.  And with technology increasing the way it has, they will be the only ones with power and will put on quite the show.  All of a sudden everywhere, TV sets that are silent will be alive with holograms of the real christ (antichrist) and will allow the whole world to view his rise.  It’s not that far fetched, it’s in the Bible, John say’s that the dragon even gave power to the image to speak.  If you’ve ever witnessed a holgram, it’s rather strange, alarming, and spine-chilling to witness.

Remember this Michael Bolton Commercial from Honda for the Holidays this last Christmas?

How about this one that Erdogan used to talk to his cabinet recently. 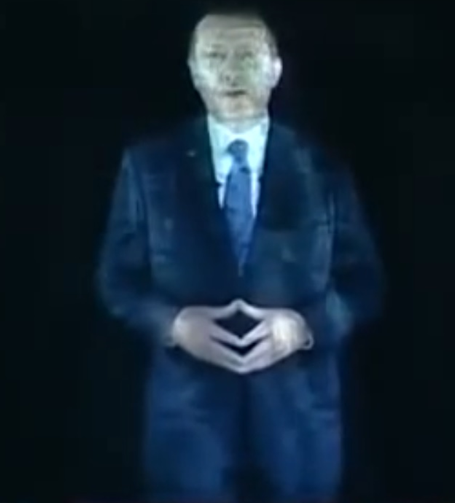 So see how easy it is to portray?  See how easy it will be to make the image speak?  (Revelation 13)  So regardless of what you have been taught or believe, dig into the scriptures to see what tribulation is coming, search your heart, spend time getting closer to God, and Jesus.  Get to know His voice.  While your preparing for food and water shortages, prepare for a shortage of the word, memorize verses, verses you will need to give you encouragement, win the lost, keep your faith.  Over and over we hear stories from the Holocaust during WW2 like Corrie TenBoom for instance.  She said she had memeorized verses from the Bible, and this kept her through her tribulation in the concentration camps.  Memorize, and get to know the Bible and God’s word.  Learn how to feel the Holy Spirit’s presence.  Learn how to rely on this for your guidance even daily guidance.  Please prepare.  No matter what you believe at least prepare.  Even Dietrich Bonhoeffer continued his work in prison, winning even the guards.

For a year and a half, Bonhoeffer was imprisoned at Tegel military prison awaiting trial. There he continued his work in religious outreach among his fellow prisoners and guards. Sympathetic guards helped smuggle his letters out of prison to Eberhard Bethge and others, and these uncensored letters were posthumously published in Letters and Papers from Prison. A guard named Corporal Knobloch even offered to help him escape from the prison and “disappear” with him, and plans were made for that end. But Bonhoeffer declined it fearing Nazi retribution on his family, especially his brother Klaus and brother-in-law Hans von Dohnanyi who were also imprisoned.

Bonhoeffer was executed for his faith in Christ and not the Furer, he refused to cave to man and turn from God.  He was stripped naked and hanged.  This was written about his execution:

Eberhard Bethge, a student and friend of Bonhoeffer’s, writes of a man who saw the execution: “I saw Pastor Bonhoeffer… kneeling on the floor praying fervently to God. I was most deeply moved by the way this lovable man prayed, so devout and so certain that God heard his prayer. At the place of execution, he again said a short prayer and then climbed the few steps to the gallows, brave and composed. His death ensued after a few seconds. In the almost fifty years that I worked as a doctor, I have hardly ever seen a man die so entirely submissive to the will of God.”

With the world shifting in power, and all the earth changes we’re experiencing from volcanoes to earth quakes to this never before recorded weather God is warning, He gave us the signs to watch for.  Are you watching?  Or will it catch you unaware.  I want to end with one word of advice and warning from God, be careful about following extra-biblical teachings, or someone’s view of where or what is coming.  Revelation warns us in 22:18  that anyone who adds or takes away from the words of the book,  God will add to them the plagues described in the book of Revelation.  Writing fictional writings that mimic the words of God is wrong.  One simple rule If it’s not in the Bible it’s heresy.  I’m not talking of interpretations, they may be wrong, but that’s not for me to judge.  I follow the Holy Spirits guidance when reading God’s word.  I’m speaking of purely fictional writings that is believed as truth.  There are many of these that have no basis whatsoever in scripture.  Read the Bible so when satan arrives you can rebuke him as Jesus did.  Jesus answered, “It is written: ‘Man shall not live on bread alone, but on every word that comes from the mouth of God.’

Like Loading...
‹ No Sensationalism, No Hype Just : The Truth about the UN
Angry Protesters Storm Libyan Parliament ›