Home › attacks on Christianity › Bishop: Sudan’s Christians Are ‘On the Cross’ Daily

Bishop: Sudan’s Christians Are ‘On the Cross’ Daily

Twenty-two years of war between North and South Sudan ended when southerners gained independence in July 2011.

But fighting in disputed areas of Sudan has continued as Khartoum attempts to control and Islamize non-Arabs by waging jihad on regions like Sudan’s Nuba Mountains.

A prominent Sudanese bishop is in Washington this week asking Americans to help alleviate the suffering.

Macram Gassis, bishop of Sudan’s El-Obeid Diocese, said Christians and others in the Nubas are still suffering at the hands of the Islamist regime.

“They are on the cross in a special way because bombing is daily, the Khartoum government has sealed all the entrances into the Nuba Mountains,” Gassis explained. “So, there is no food, no medicine, no fuel, no nothing.”

Not far from the Nuba Mountains, near the border between Sudan and South Sudan, is the disputed region of Abiye. During recent referendum, the people of Abiye voted to join South Sudan, something Sudan has rejected in the past.

“Khartoum is finding it difficult to give up Abiye because Abiye is floating on oil,” Gassis said.

The people of Abiye belong to the Dinka tribe, the dominant tribe of South Sudan. Many of them are Christians.

But the people of the Nubas and Abiye aren’t the only groups under attack. Christians still residing in Khartoum and elsewhere in the north are experiencing persecution.

“Southerners are not looked at favorably,” Gassis said. “They tell them, ‘You are foreigners, you are unwanted here, why don’t you go back to your country?’ There is pressure not to get any more missionary personnel from the outside. We don’t have the possibilities of building churches now anymore in northern Sudan.”

Bishop Gassis is asking Americans to pray for the Sudanese people–especially those in the Nubas, Khartoum, and Abiye. 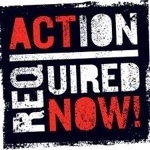 VOP message: Please contact us if you would like more information on how to contact your government officials. We can not stand by silent and let the atrocities committed against them, INCLUDING THE CHILDREN continue to go on. We must not let another genocide take place. Please find it in your heart to move on this. They need our VOICE so desperately.

And remember to stay in prayer for our suffering family in Africa.