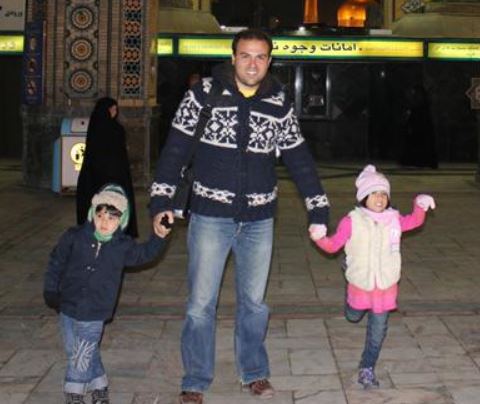 Pastor Saeed’s father tried to visit his son at Rajai Shahr prison, located in Karaj, Iran, only to be turned away by prison officials. Saeed’s father had brought with him some of Saeed’s personal belongings, blankets to keep him warm, and the medication doctors had prescribed Saeed last July to treat the injuries he had sustained while in Evin prison. Prison officials told his father Saeed could not have any personal belongs, including his medication.

As we reported just over a week ago, Iranian officials transferred Saeed from Evin prison in Tehran to Rajai Shahr, where Saeed is now sharing a cell with some of Iran’s most violent criminals – murderers and rapists.

Reports state that Rajai Shahr prison was built to house 5,000 inmates, but at present the prison holds roughly 22,000 inmates. Such overcrowding has led to what many call “deadly and inhuman” conditions within the prison. Human rights groups report that prisoners in Rajai Shahr do not have access to fresh air, proper nutrition, and that louse and communicable diseases are wide spread.

Saeed’s health had been improving with his medication in Evin prison, but with horrendous conditions in Rajai Shahr and the lack of proper medication, Saeed’s health will likely deteriorate quickly.

Please join us in prayer for Saeed’s health and protection. HELP by urging our nation’s leaders to take action to directly engage diplomatically to save Pastor Saeed’s life. Sign the petition to immediately intervene to #SaveSaeed at BeHeardProject.com.

Like Loading...
‹ “Our Worth in God’s Eyes”
Mount Sinabung: Volcano in Indonesia has third eruption in three months ›