Time for Iran to Act – Time to Release Pastor Saeed 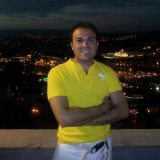 The Iranian family members of American Pastor Saeed Abedini were able to once again visit him in Evin prison yesterday.

Pastor Saeed’s health appeared to be improved.  The 33-year-old U.S. citizen is serving an eight-year sentence for his Christian faith in Iran, where he has been the victim of intense beatings that had resulted in internal bleeding.

In recent weeks, hopes had been high that Iran was preparing to do the right thing and release Pastor Saeed and other prisoners of conscious as part of a good faith showing under newly elected president Hassan Rouhani.

Several weeks ago, Iran released twelve prisoners from Evin Prison. That was followed up with an official announcement that 80 more prisoners of conscience would be released. Then last week, Iranian media reported that another 1241 prisoners could be released in conjunction with a religious holiday this past Thursday.

Yet, thus far, Iran has released only a small handful of those promised freedom, most of whom had completed or nearly completed their prison terms. Pastor Saeed expressed to his family how such lack of follow-through had greatly diminished morale for he and others inside Evin prison.

Iran has a clear opportunity to live up to its word and stake out a bold new position upholding fundamental freedoms and human rights for all Iranians. As for Pastor Saeed’s case, after President Obama raised the case with President Rouhani, Iran can no longer deny knowledge of holding him solely for his faith.  Now a month since this historic call, it is time for Iran to respond. To show the world, and importantly the West that it can be trusted – that its human rights abuses are a thing of the past – Iran should release Pastor Saeed immediately.

Pastor Saeed and other prisoners of conscience stand as a living test of the Iranian regime’s promises. To be trusted they must hold true to their word. The time to act is now, not later.

The ball is in Iran’s court.  The world is watching, intently waiting for real evidence of change.

Iran, will you release Pastor Saeed back to his loving family?